There was no soccer this week at BBVA Compass Stadium, home to the Dynamo of MLS and Dash of NWSL. There were more important things to worry about in the United State’s fourth-largest city, inundated with up to four feet of water from Hurricane Harvey.

Instead of hosting Sporting KC on Saturday and the North Carolina Courage on Sunday, BBVA became a collection site for Harvey relief donations, an orange beacon to the ravaged city.

The site was meant to be open until 7 p.m. local time Wednesday but was closed down early because the stadium was filled to capacity by donations from fellow Houstonians who were fortunate enough to stay above water.

Due to your incredible generosity, we are at capacity and can no longer accept donations at @BBVACompassStdm. #HoustonStrong pic.twitter.com/cx3pquorrS

Concourse at BBVA Compass Stadium is full of food and supplies for Hurricane Harvey victims. pic.twitter.com/Gct7PJFZma

It’s a common theme across the region, with Americans supporting Americans in a time of need. Maybe it shouldn’t take a natural disaster (exacerbated by humanity) to bring out the best in humanity, but it’s heartwarming to see the response when it’s needed most.

And it’s needed. The region is devastated. The photos are astonishing, even for those who didn’t live in Houston for the first 18 years of their lives (like I did) and many others who have suddenly decided Houston isn’t bad that of a place. 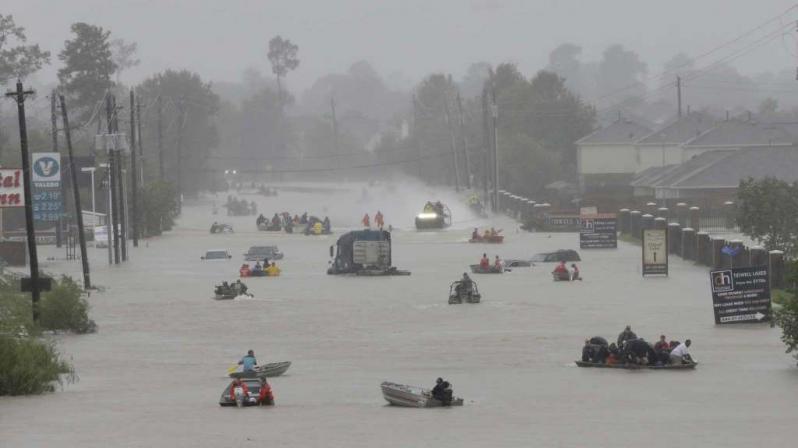 The Dynamo and Dash aren’t the only ones contributing from the sports world. JJ Watt is doing what JJ Watt does, the Tampa Bay Rays are hosting the Houston Astros and donating all proceeds to hurricane relief and the Texas Rangers are, well, they’re still kind of being jerks but you’d expect nothing less from the Houston's Dallas rivals (pettiness doesn’t go away during hurricanes).

Coldplay, which was scheduled to play at NRG Stadium, home to the Houston Texans, on Saturday night before canceling, even wrote and performed a corny country song for Houston.

And of course the Red Cross is doing everything it can to help. You should too. If you’re in the area and capable, contact the Red Cross about volunteer opportunities. If you’re not, donate. As cliché as it sounds, every little bit helps. Even if you're from Dallas.