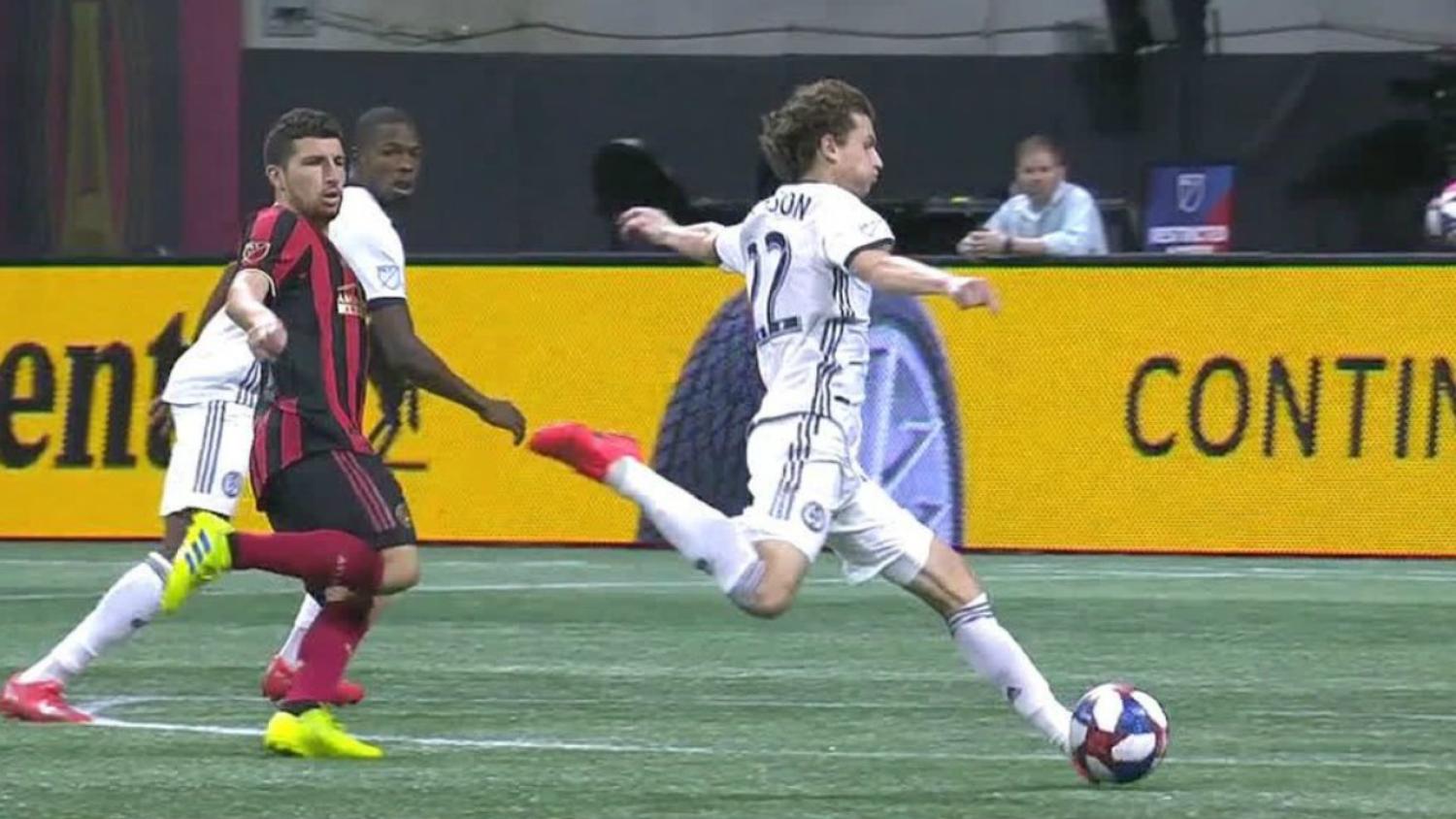 It was a great weekend for teenage homegrown players in Major League Soccer as two academy products — Toronto FC’s Ayo Akinola and the Philadelphia Union’s Brenden Aaronson — marked their first starts with goals.

Akinola is a 19-year-old who’s recently been called-up for the U.S. pre-U-20 World Cup training camp in Spain. The Detroit-born forward appeared in four matches as a substitute for Toronto last year, totaling only 45 minutes.

However, on Sunday he was given his first start, went 85 minutes in the 3-2 win over New England and scored his first goal.

Aaronson is an 18-year-old who’s represented the U.S. at the U-19 level, and he appeared in 18 matches for Philly’s USL affiliate, Bethlehem Steel, last season, scoring one goal and tallying five assists.

With Marco Fabian suspended because of a red card, Aaronson made his debut at the home of the defending MLS Cup champs, went 74 minutes and scored with a clever long-range effort that left Brad Guzan looking foolish.

That would be the Union’s lone goal of the match, earning them a vital away point at Mercedes-Benz Stadium.