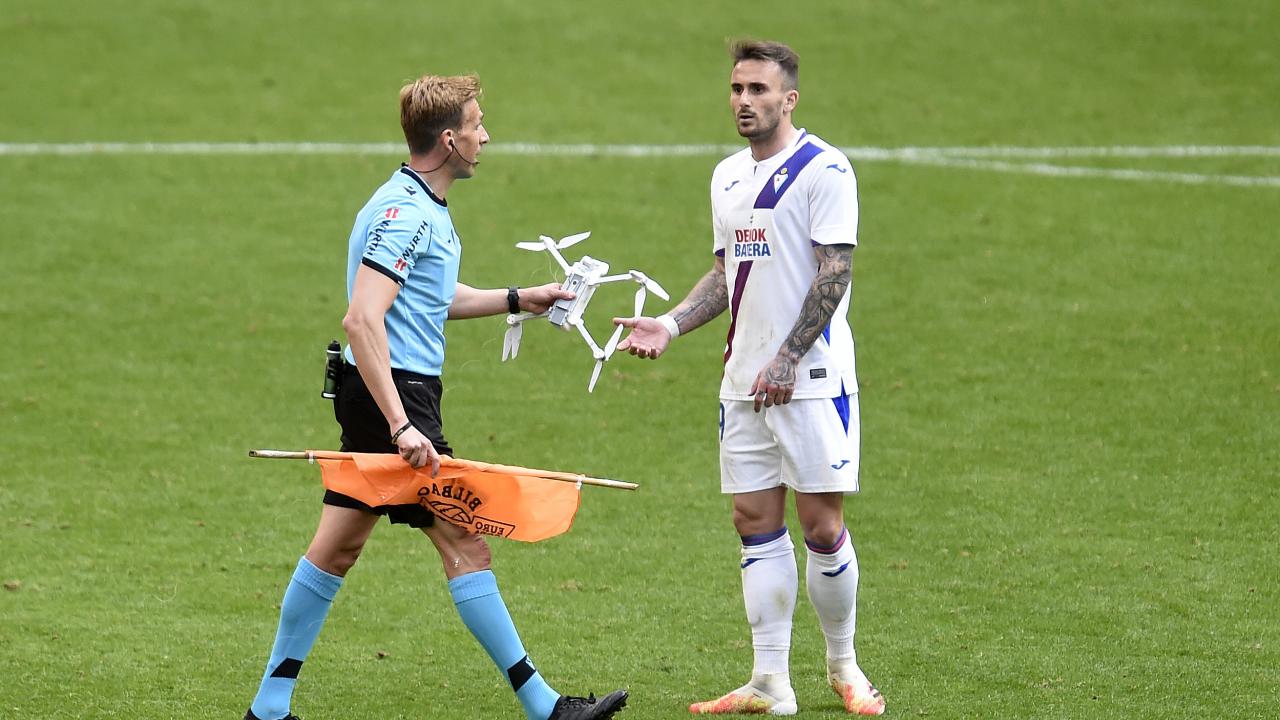 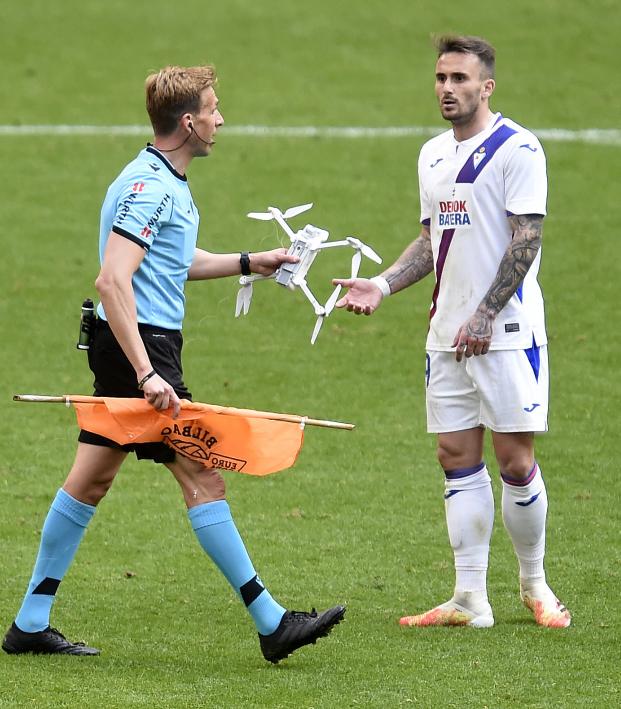 Reuters March 20, 2021
The Athletic Bilbao-Eibar game was briefly suspended after a drone landed on the field.

A drone carrying a flag opposing Euro 2020 matches in Bilbao interrupted Athletic Bilbao's match at home to Eibar in LaLiga on Saturday.

Play had to be halted in the 68th minute of the 1-1 draw while referee Valentin Pizarro Gomez picked up the drone and accompanying flag and carried it off the field before restarting the game.

Photos here of the drone (apparently carrying a banner against Bilbao hosting Euro 2020 games) that fell onto the pitch at San Mamés during Athletic-Eibar just now https://t.co/hPu9cNcyq1

Bilbao is one of 12 host cities chosen to hold games at the rescheduled European Championships and is due to host all three of Spain's group stage matches, which will be the first time the national team has played in the Basque Country since 1967.

The move has been opposed by separatist-leaning groups and political parties, who do not want Spain to play on Basque soil.

Opposition to hosting the tournament in the city has increased since the prospect of hosting matches without supporters has grown stronger due to the coronavirus pandemic.