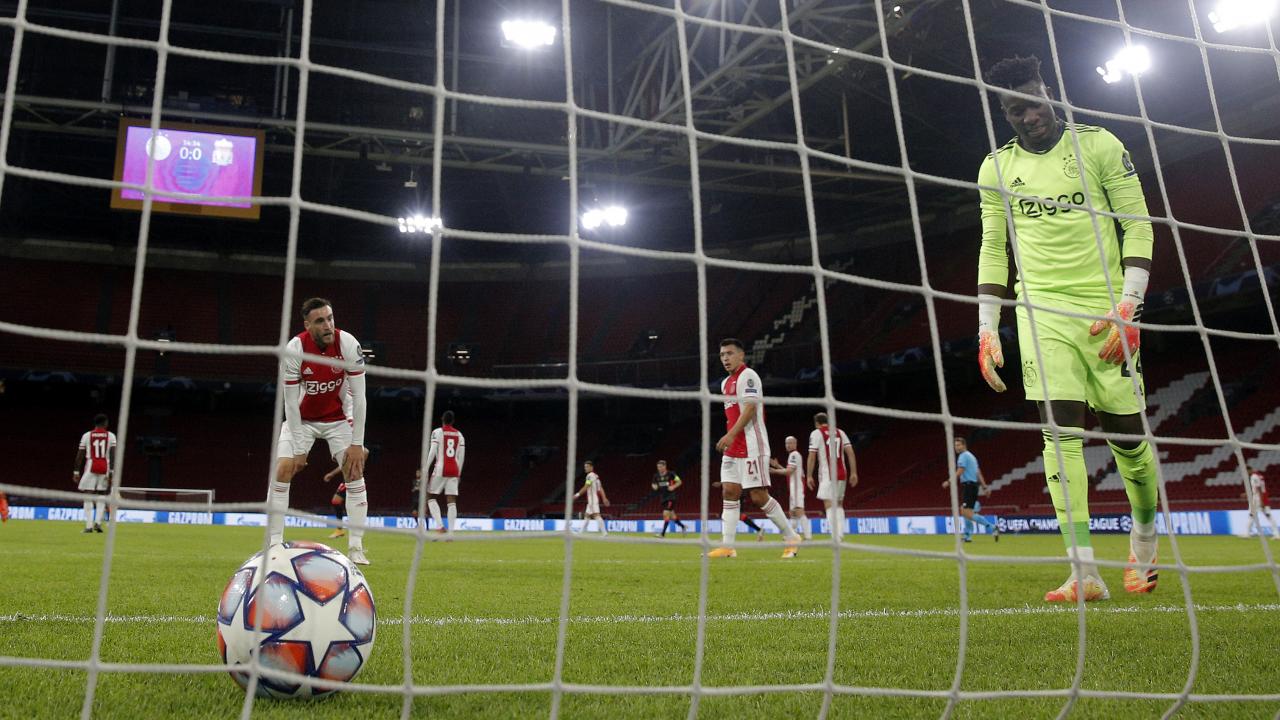 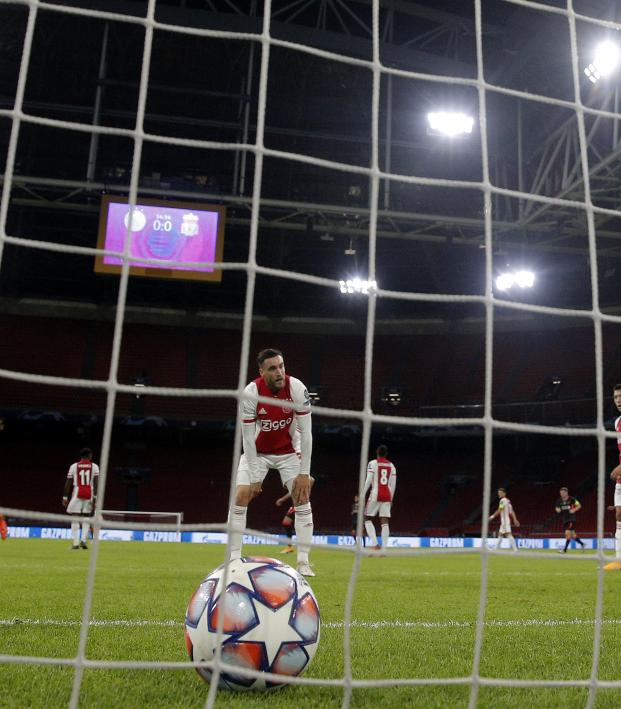 Reuters October 21, 2020
A fortunate own goal was the difference in Liverpool’s 1-0 win over Ajax.

AMSTERDAM — Liverpool beat Ajax Amsterdam 1-0 away with a fortunate own goal in their Champions League group-stage opener on Wednesday, riding their luck at times but still showing their title credentials.

Ajax fullback Nicolas Tagliafico turned the ball into his own net in the 35th minute to ensure a winning start in Group D for the English champions, who looked the stronger of the two teams despite Ajax creating several good chances at the Johan Cruyff Arena.

Ajax Own Goal vs Liverpool (And Full Match Highlights)

Davy Klaassen struck the post with a powerful shot and Quincy Promes had a point-blank effort stopped by the legs of Liverpool goalkeeper Adrian as the Dutch club created a handful of excellent opportunities.

Yet Liverpool, who won their sixth Champions League title in 2019, still proved value for their victory, dominating possession and counter attacking at pace while keeping a clean sheet despite missing defensive talisman Virgil van Dijk, who suffered a serious knee injury at the weekend.

Fabinho moved from midfield to centre defence to replace Van Dijk and had an outstanding game, notably hooking a clearance off the line to deny Dusan Tadic just before halftime.

It was one of several chances for Ajax in the first half, as Lisandro Martinez had a header saved by Adrian and Ryan Gravenberch shot narrowly wide, much to the annoyance of Liverpool manager Juergen Klopp, who spent the early part of the game berating and shouting instructions to his players.

But his agitation was quelled when Sadio Mane turned the Ajax defence with a swift body movement to set up the goal. He miskicked his own effort, but it caught Tagliafico as he clumsily tried to clear, but instead deflected it into the Ajax net.

"It was a good enough performance to win the game, which at moments was pretty wild. It was not one of our sunny shiny world class football days. It was not perfect but the boys fought like crazy," said a more satisfied Liverpool manager afterwards.

Klopp took off Mane and his strike partners Roberto Firmino and Mohamed Salah with 30 minutes still left, but replacements Diogo Jota and Takumi Minamino kept up the pressure on the home team.

Ajax should have equalised, however, four minutes into stoppage time when Adrian did not properly deal with a cross into the area but substitute Jurgen Ekkelenkamp missed the target.