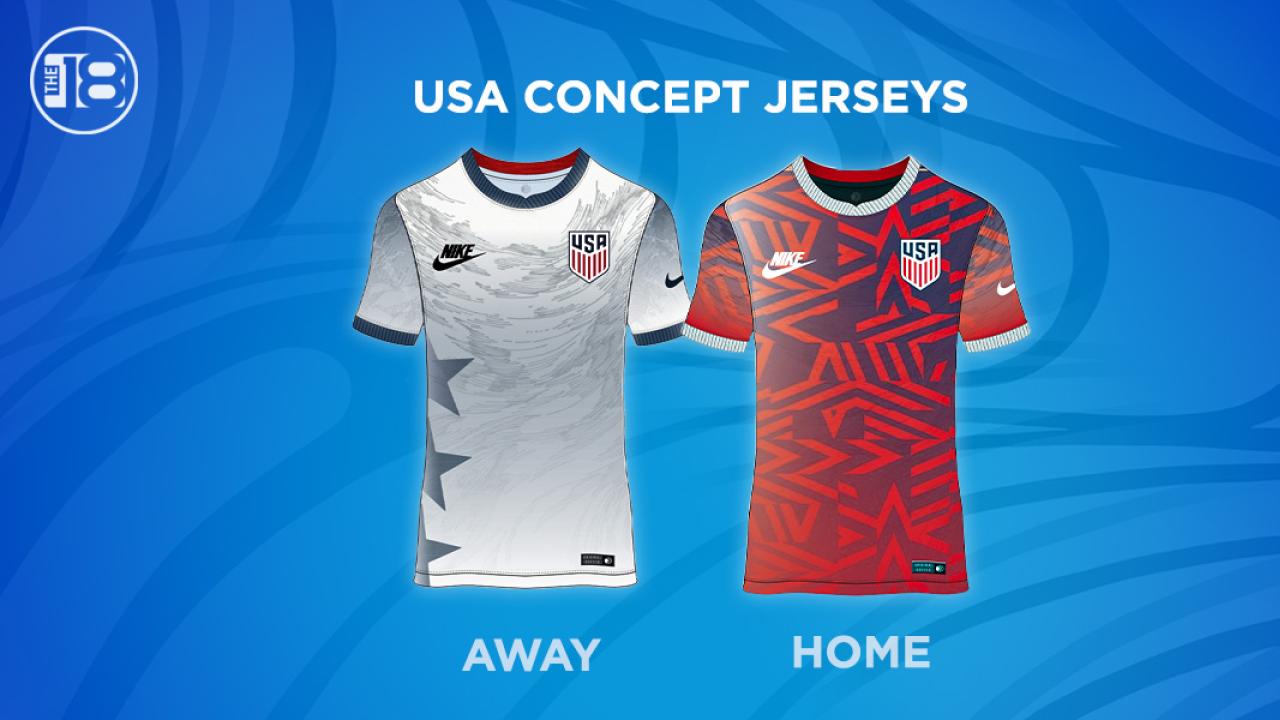 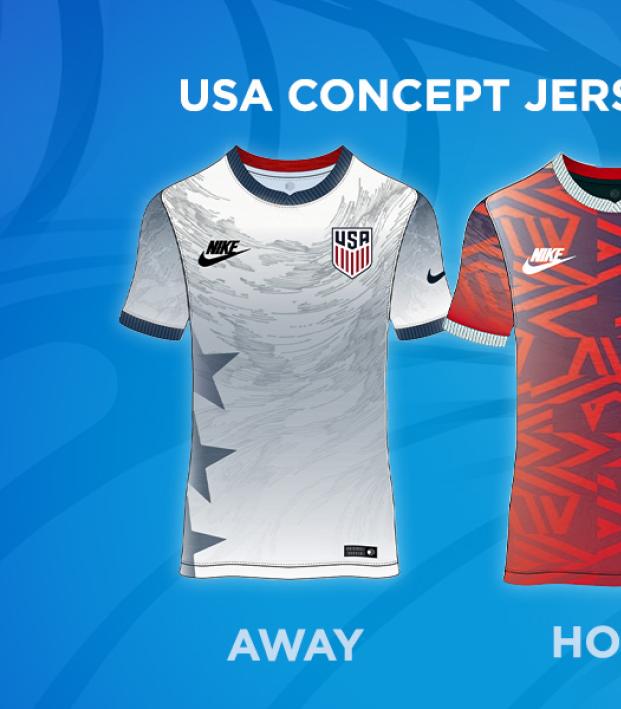 The United States will be back in the men’s World Cup this November after missing out in 2018. While U.S. Soccer has yet to unveil the uniforms the team will wear in Qatar, The18 decided to design our own concept USMNT World Cup jersey for home and away.

Personally, we’d love to see the U.S. men’s and women’s teams line up in these kits.

Alie Mueller, who designed these shirts, designed the away kit based on the wavy 1994 men’s World Cup jersey.

“Playing on the idea of enlarged and emphasized elements of the flag for the U.S., I pictured the jersey with stars wrapping the players’ right side of their body,” Mueller said.

Looking at past kits was a major inspiration for both USMNT World Cup jerseys, Mueller said, as she attempted to predict what Nike might do with the shirts.

“I wanted them to not only showcase the detailed patterns that the stitching could have, but an accurate prediction of what could be a genuine possibility,” Mueller said.

The ball is in your court, Nike. As we eagerly await what the USMNT World Cup jersey will look like, we’ll just imagine Gregg Berhalter’s men lining up in these bad boys in Qatar.