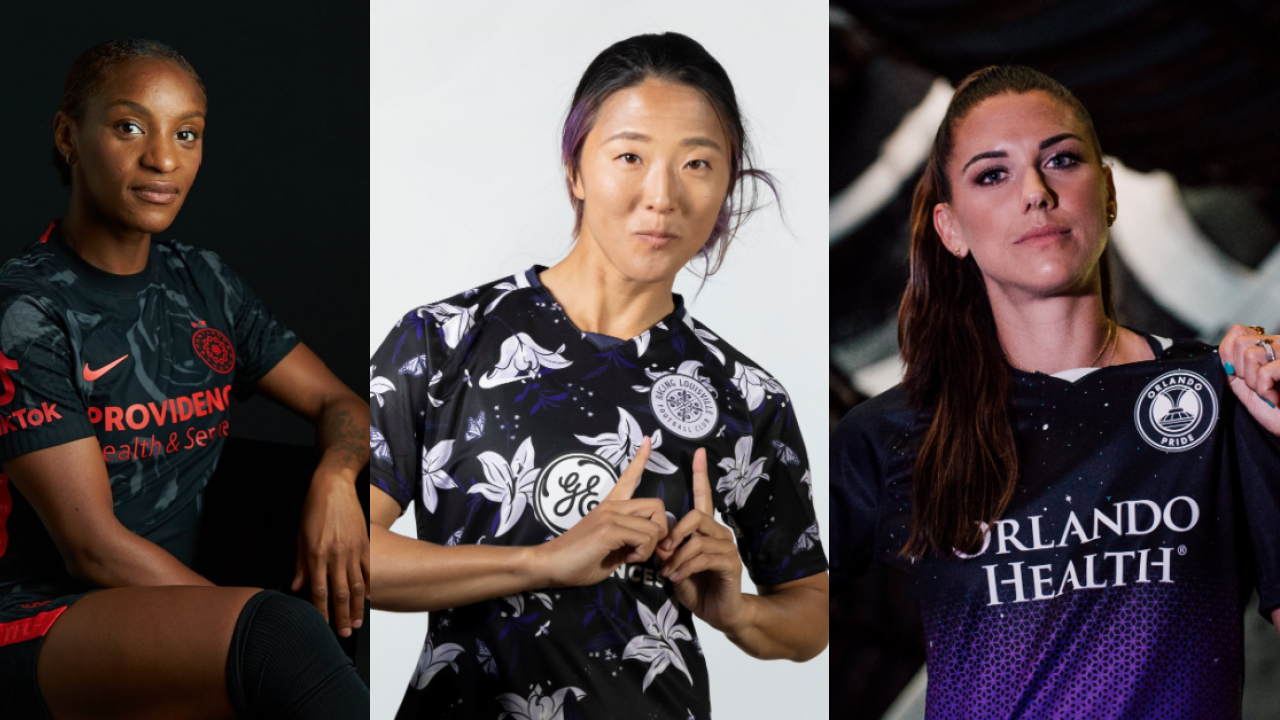 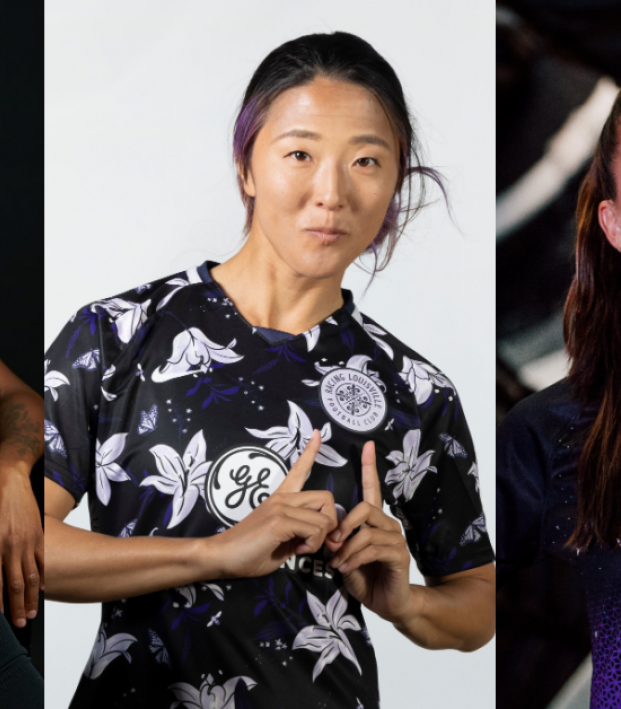 No League Has Better Uniforms Than The NWSL

The 2021 NWSL season kicks off Friday. Before the league’s ninth season begins, let’s take a moment to appreciate the quality of NWSL jerseys that will be on display this year, which serve as proof that the league understands how important marketing is and how to take money from my wallet.

No sport is as connected to fashion as soccer; while the constant release of new uniforms can lead to some uninspired designs, most clubs recognize the value of putting out the most eye-catching jerseys. This year, NWSL clubs across the board nailed it with some superb kits.

The 2021 Challenge Cup, which begins with a rematch of last year’s Challenge Cup final between Houston and Chicago (read how to watch here), will be the first time some of the best NWSL jerseys in league history are seen on the pitch, including a couple that were just unveiled.

The NWSL has a history of stunning uniforms, such as the Portland Thorns last year. So with that in mind, here’s a look at some of the best NWSL jerseys for 2021.

Let’s start with the reigning Challenge Cup champs, the Houston Dash. The Space City club has struggled to be relevant in the league without any major USWNT stars to speak of, but they’ve hit a few home runs in kit design, like last year’s Luv Ya Blue shirts.

This year, they’ve unveiled a space-themed shirt that fits perfectly with Houston’s ethos and looks great too.

Send the pics to NASA cuz they're stars

Oh wait, they really did ⤵️

Long time Dash fan, first person to own a 2021 Luv Ya Dash kit and - oh yeah, the Chief of Exploration Mission Planning at the NASA Johnson Space Center ‍

Next up is expansion club Louisville. There’s no better way to announce your arrival to the league than with some awesome kits and the new kids on the block did just that on Thursday.

The white away kit patterns a traditional fleur de lis symbol in our primary color, lavender, for a timeless look we're ready to take on the road. pic.twitter.com/f0mda5kxFP

The midnight violet home kit features a lily flower pattern to play on the fleur de lis in the club logo, plus butterflies and bees, which are a homage to Muhammad Ali, the iconic boxer who was born in Louisville. The white away kit is covered in the fleur de lis symbol in lavender, the club’s primary color.

Earlier this week, Sky Blue FC announced a brand change, and we can’t wait to see the team in action with its new logo and uniforms. NJ/NY Gotham FC takes the club in a new, bold direction while emphasizing its status as the NWSL club of New York.

The new logo includes the crown on the Statue of Liberty similar to the WNBA’s New York Liberty. The new uniforms are the height of footballing fashion.

Your captain could never

New name? ✔
New kits! @GothamFC has released their home and away kits, with international technology company @Avaya, as the front sponsor, the largest sponsor in team history. pic.twitter.com/gtDWE3iCOg

The Dash aren’t the only club leaning on their city’s relationship with NASA for 2021 kits. Orlando, not far from Kennedy Space Center in Florida, unveiled some awesome space-inspired kits earlier this year.

Arguably the best thing to come out of Florida in a long, long time. The Dash and Pride aren’t scheduled to play in the Challenge Cup, but we hope when they face off next, both are wearing their NASA shirts.

The Chicago Red Stars finally got rid of their weird Twitter handle last year, but they’re sticking with one of the best uniforms the NWSL has ever seen. Nothing new or flashy this season, just more of the same classic look.

Finally, we finish with the best NWSL jerseys of 2020. These Portland kits were unveiled last year, but they’re still hard to beat in all of world football. Even better this year? Crystal Dunn will be wearing the roses.