Is This A Great Call Or A Terrible Call? Both Answers Are Correct 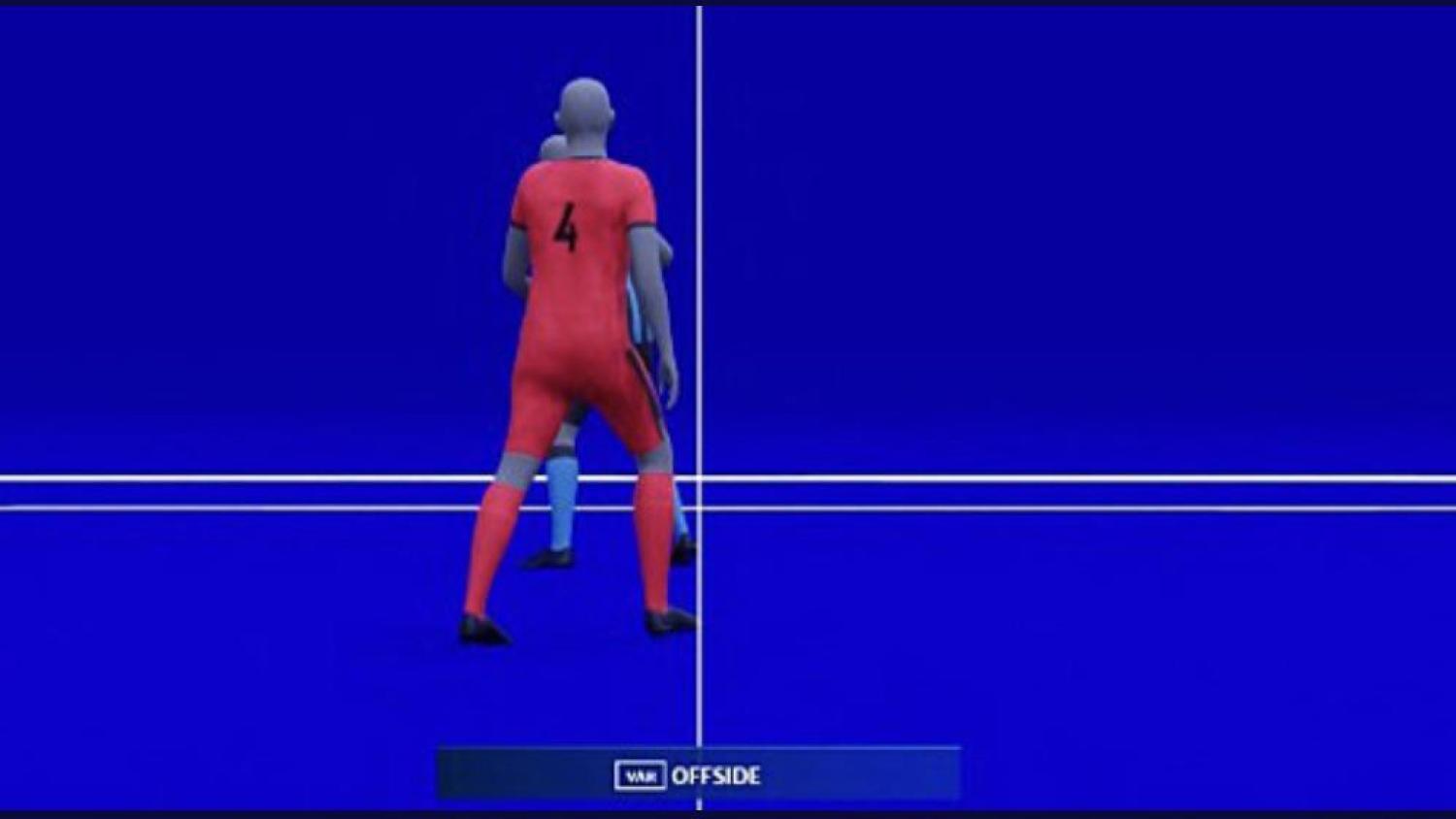 Whether you like it or not, there's no escaping the current conditions.
The18

The new "semi-automated offside technology" that's going to be used at the 2022 World Cup made its Champions League debut this week, and guess what, controversy and existential questions regarding humankind's dwindling agency in its own game — at the hands of the robots! — reigned supreme.

The main point of contention came when Bayer Leverkusen thought it had snatched a precious equalizer away to Club Brugge only for the VAR, with the help of the new offside technology, intervening.

First off, it's incredible how many people are commenting on this situation without even getting the basic facts correct. Turns out nobody really watched Club Brugge vs. Bayer Leverkusen. Shocker.

This is the goal that wasn’t given by the Semiautomatic offside technology. Schick was offside by the tip of his toenail. Yes, that bit in black.

Imagine this happens in the World Cup final. Ridiculous. This isn’t what technology is for. They’re ruining football. pic.twitter.com/79nujDUySI

A cross by Callum Hudson-Odoi was played into the box, and Schick — from an onside position — seems to get the final touch with his head before the ball nestles in the back of the net. However, replays show Schick didn't get the final touch, and that it was actually Jonathan Tah (No. 4) who likely got the last glance. This is when the semi-automated offside technology comes into play: Tah was offside, by the smallest of fractions, when the initial cross was played.

Without technology (probably): "That was a clusterfuck. Goal for Schick."

With technology: "Schick?! Stupid human, not only did Tah touch it, but he was offside. I am all-seeing."

Basically, if anything, the semi-automated tech did it's job too well. It's sort of like the Uncanny Valley theory: These autonomous artificial agents are beginning to disgust us with their ways because this is nothing like what we've come to expect.

We've run into a problem of what we look for from this game. That, in essence, this sort of situation of insanely fine margins should see a "tie goes to the attacker" commonsense applied. That's the game we all grew up playing and fell in love with, and that's the game (attacking soccer) we all largely want to see (unless its our side suffering the injustice).

That feeling leads us back to the Premier League's implementation of "thicc" lines, which exempted attackers from being offside in the most infinitesimal of situations. 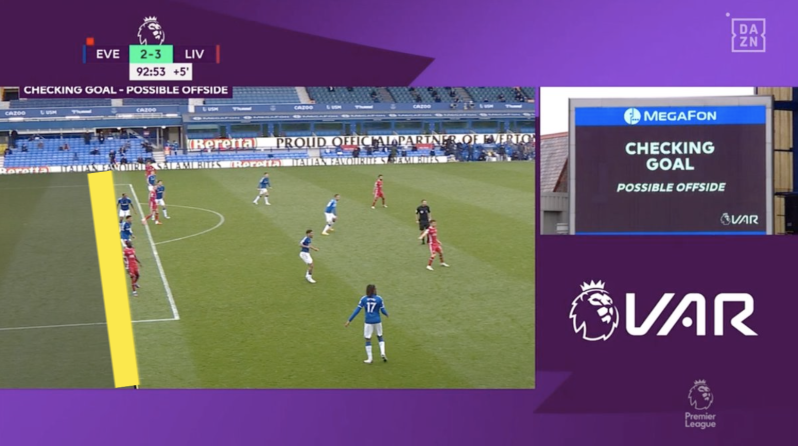 However, allowing for this tolerance is still bringing extreme ambiguity to a very literal rule. Where do we set the advantage for an attacking player and why? The answer, whatever it is, is arbitrary and fiercely open to debate.

“Today, if the technology makes us able to view something we cannot ignore it," said legendary referee Pierluigi Collina. "It doesn’t matter if it is 2cm or 20cm, there isn’t a small offside and a big offside. If a ball is over the line by 0.5cm it’s a goal. There are not small goals or big goals.”

Going back to Nico Cantor's tweet, it's interesting to delve into what we really mean by "they're ruining football" — a righteous sentiment we all love.

"Imagine this happens in the World Cup final," he said. 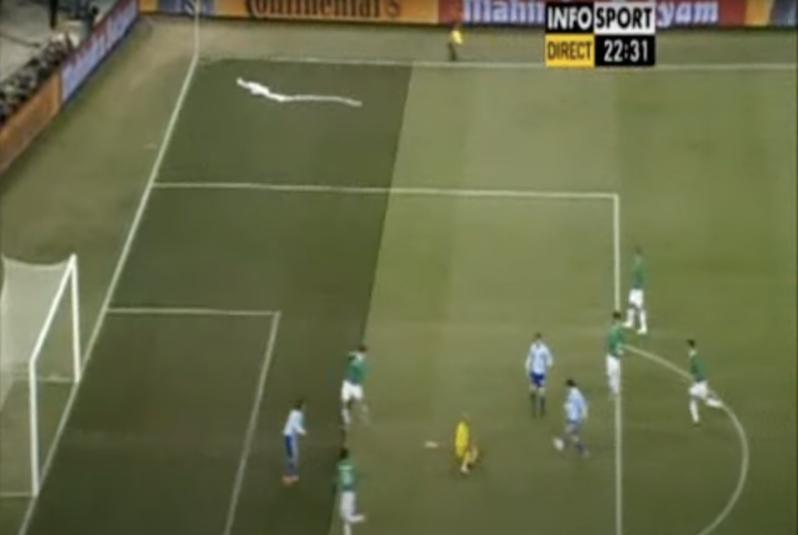 Argentina's opener against Mexico in the 2010 Round of 16. 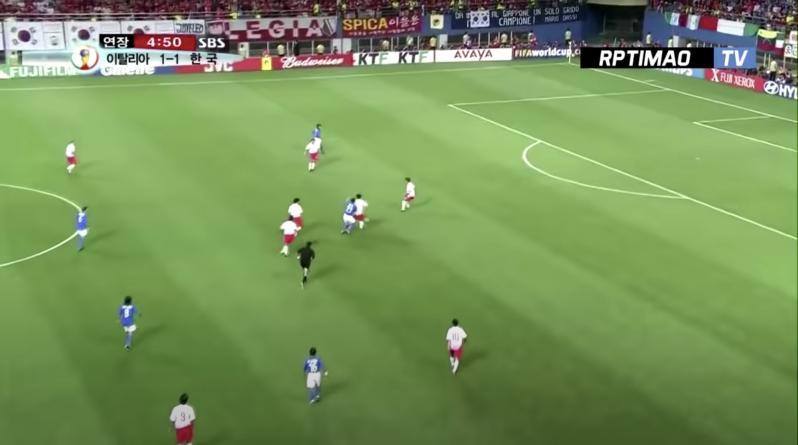 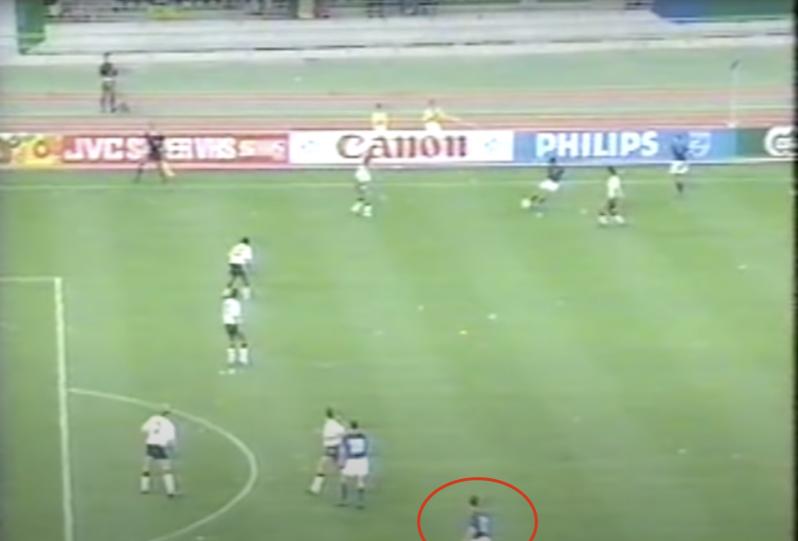 Italy goal called off against England during the 1990 3rd place match.

All those things did happen during World Cups. No one wants to see those kinds of calls in the new space age of Artemis I. So we've gone on this odyssey from drawing lines to semiautomatic offside technology, and make no mistake, it's been a journey.

The folks at FIFA have basically undergone an intensive three-year period working with adidas, various partners, technology providers and the Working Group for Innovation Excellence to come up with a technology that implements a sensor in the middle of the ball, sending data 500 times a second to determine the exact point of contact, alongside 12 dedicated cameras to track the ball and 29 different data points on each individual player, 50 times per second, amounting to a players exact position on the pitch with those data points exactly pinpointing the positioning of limbs and extremities relevant to making an offside call.

Is this really an overt attack by "them" to destroy "our" game? It's a great take to get likes and retweets, otherwise it's such pandering bullshit. This is, without question, as good as it gets and an absurd amount of effort behind getting the offside call correct.

But a lot of people understandably don't want "as good as it gets." It's a catch-22 in many ways with regards to what we actually want to see, but there doesn't appear to be anyway out of it without major changes to the Laws of the Game.

We could also talk about scrapping all this and giving each manager two challenges per match, but I don't think the world is ready for that discussion.