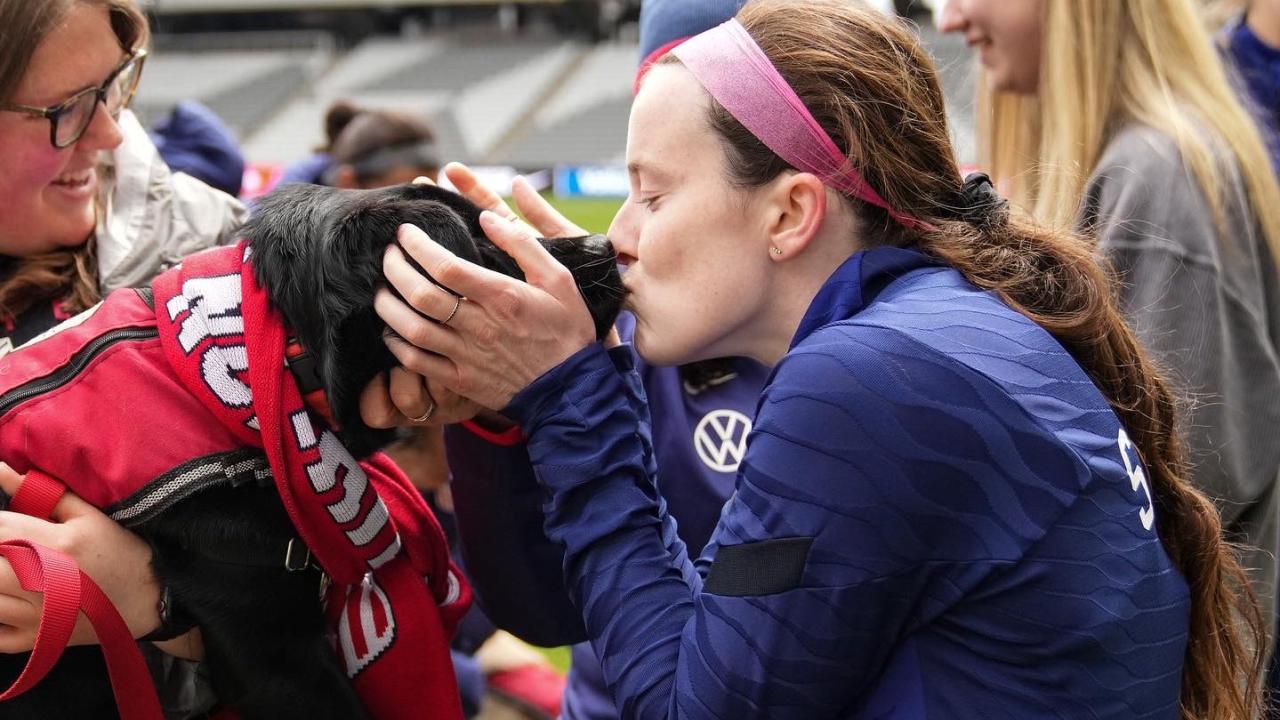 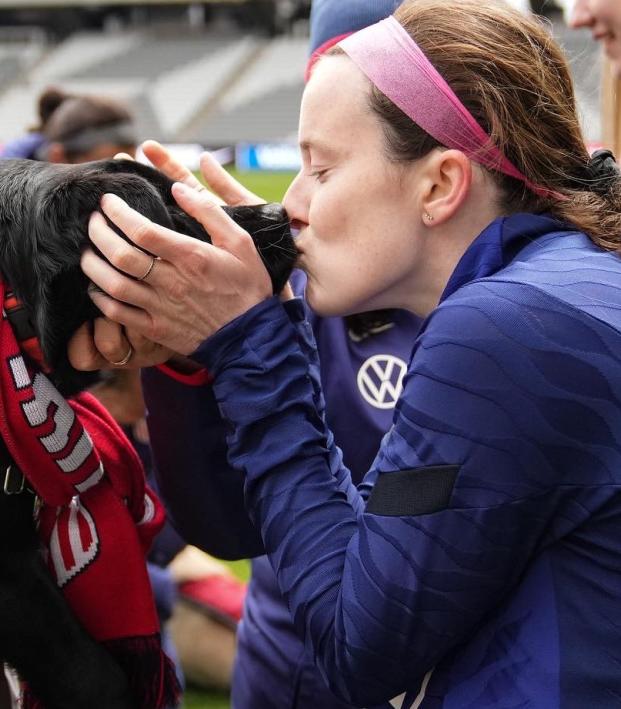 The USWNT is the most dominant force in women’s soccer history. The U.S. has never been ranked lower than second in the world and has won more World Cups and Olympics than it’s lost. But if there’s one thing the players love more than winning, it’s dogs.

It’s National Pet Day, apparently, and I don’t know about you, but I can’t think of a better group of people to celebrate with than the USWNT.

With the U.S. women’s national team coming together for a pair of friendlies against Uzbekistan on Saturday (9-1 win) and Tuesday (7 p.m. ET kickoff), the team took a break from practice on Friday at Lower.com Field to cuddle some good boys and girls.

a RUFF day at the office pic.twitter.com/3Zm7BeOcZn

For all its faults — and there are plenty — U.S. Soccer does a great job of promoting its men’s and women’s national teams on social media. Whether it’s the well-produced Behind The Crest series taking us into the locker room for big matches or teammates playing weird games with each other for laughs, the USSF makes it easy to get to know the players who represent their country.

We knew we were in for a treat when the USWNT teased us with some dog photos from practice on Friday, and on Monday the team’s Twitter account came through with an awesome video of the players gushing over doggos.

Abby Dahlkemper, who won the 2019 Women’s World Cup and got married last year, said it might be the best day of her life. Catarina Macario called it “the most amazing day ever.” Jaelin Howell wants to get a dog now. None of the players wanted to say goodbye.

This isn’t the first time USWNT players have been treated to a dog break. Back in Vlatko Andonovski’s first camp as head coach he facilitated canines during training before a friendly with Sweden in Columbus, Ohio. Back in Columbus to play Uzbekistan, the team brought the same group back — the non-profit 4 Paws For Ability, which provides service dogs to children and veterans with disabilities.

The USWNT will play Uzbekistan once more during this international break, Tuesday at 7 p.m. ET at the Philadelphia Union’s Subaru Park. The match will be broadcast live on ESPN2. Uzbekistan should take note from these USWNT dogs videos and bring some cute puppies to frolic on the sidelines and distract the American players during Tuesday’s match.

Hopefully Gregg Berhalter lets the USMNT players play with puppies before heading to Qatar for the World Cup, or at least some cats.