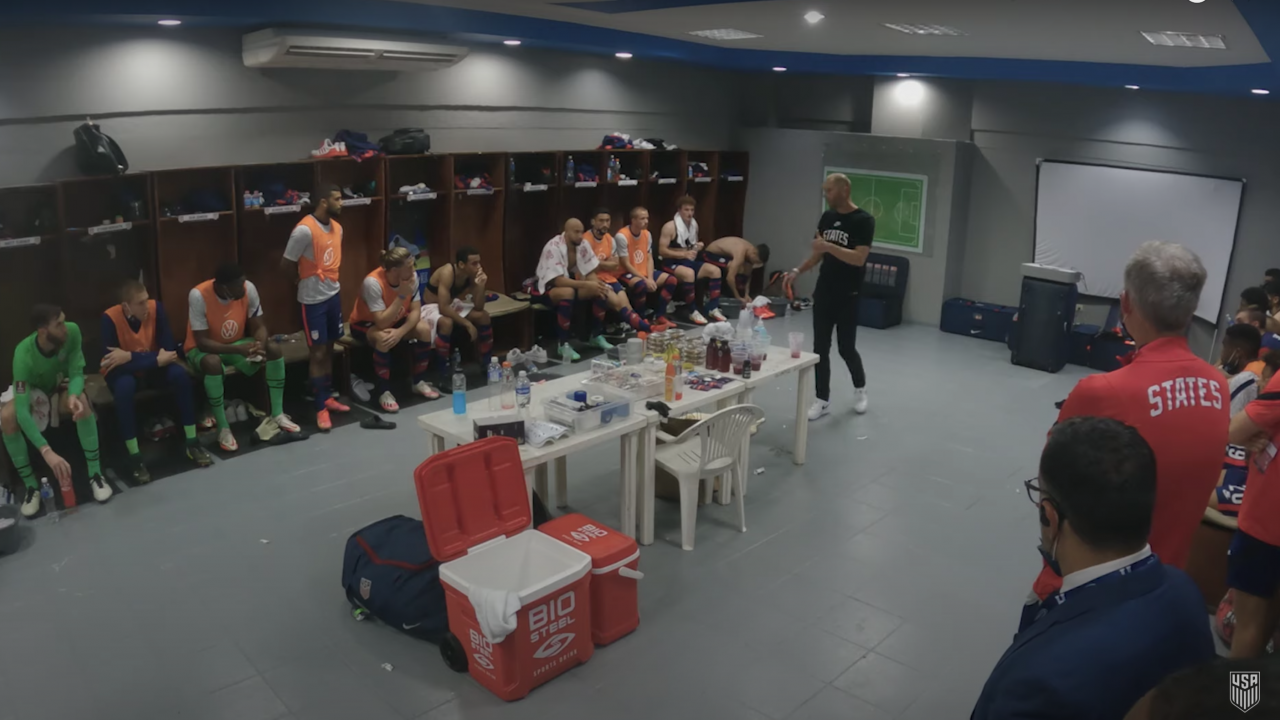 With the USMNT’s back very much up against the Olimpico Metropolitano Stadium walls on Sept. 8, something needed to change, quickly. The Gregg Berhalter halftime speech vs. Honduras was just what the squad needed, combining tactical tweaks with positive motivation.

The result? A 4-1 come-from-behind victory over Honduras to save the U.S. from a dismal start to World Cup qualifying and potentially save Berhalter’s job.

The above video (also below) released by U.S. Soccer shows behind-the-scenes footage of the USMNT’s cathartic comeback in San Pedro Sula, Honduras, last week. It was a gritty, much-needed win that put the U.S. into a tie for second place in the Concacaf World Cup qualifying octagonal. From the police escort into the stadium to the riot shield tunnel to exit the pitch, it’s a thrilling nine-minute video that really highlights the atmosphere the American players face on the road in Concacaf. It also helped that the video quality was much higher than the CBS broadcast on Paramount+.

The Berhalter halftime speech and tactical adjustments are the highlight of the video. We’ve already discussed how vital those halftime changes were, but it’s worth noting again how much Berhalter switched up his formation, reverting from the failed 5-2-3 to a 4-3-3 to completely turn the game around.

Down 1-0 at halftime in Honduras, we responded in a BIG way.

Get an inside view of the #USMNT’s 4-1 comeback win in San Pedro Sula to take three important away points in World Cup Qualifying. #BehindTheCrest, pres. by @VW pic.twitter.com/7fvGaLGu0e

Of note from the footage, Berhalter exuded confidence in a locker room filled with young, inexperienced players, many of whom had never experienced a road Concacaf match, let alone a World Cup qualifier.

“We’re going to get a goal,” Berhalter told his charges. “Once we get one, we get the next one, but we’ve gotta believe. We gotta believe, and we’ve got to embrace this fucking battle.”

I could do without Berhalter’s gendered comments — “it’s about who’s going to step up and be a man” — but his tactical changes were what really mattered at halftime, bringing on Sebastian Lletget, Antonee Robinson and Brenden Aaronson.

The result was Ricardo Pepi playing a key role in all four goals of the impressive 4-1 victory. After the match, Pepi was rewarded with a double game ball, whatever that means. I particularly enjoyed the footage of Christian Pulisic hobbling to the corner flag, his left ankle wrapped in ice not preventing him from celebrating Pepi’s winner.

While the USMNT’s overall performances weren’t the best over the international break, it was just enough to provide a platform on which to build with 11 more qualifiers to play before the end of March.

U.S. fans will hope for more of these Behind The Crest videos celebrating wins, but they’ll also hope there isn’t more need for a Berhalter halftime speech to turn things around so dramatically.