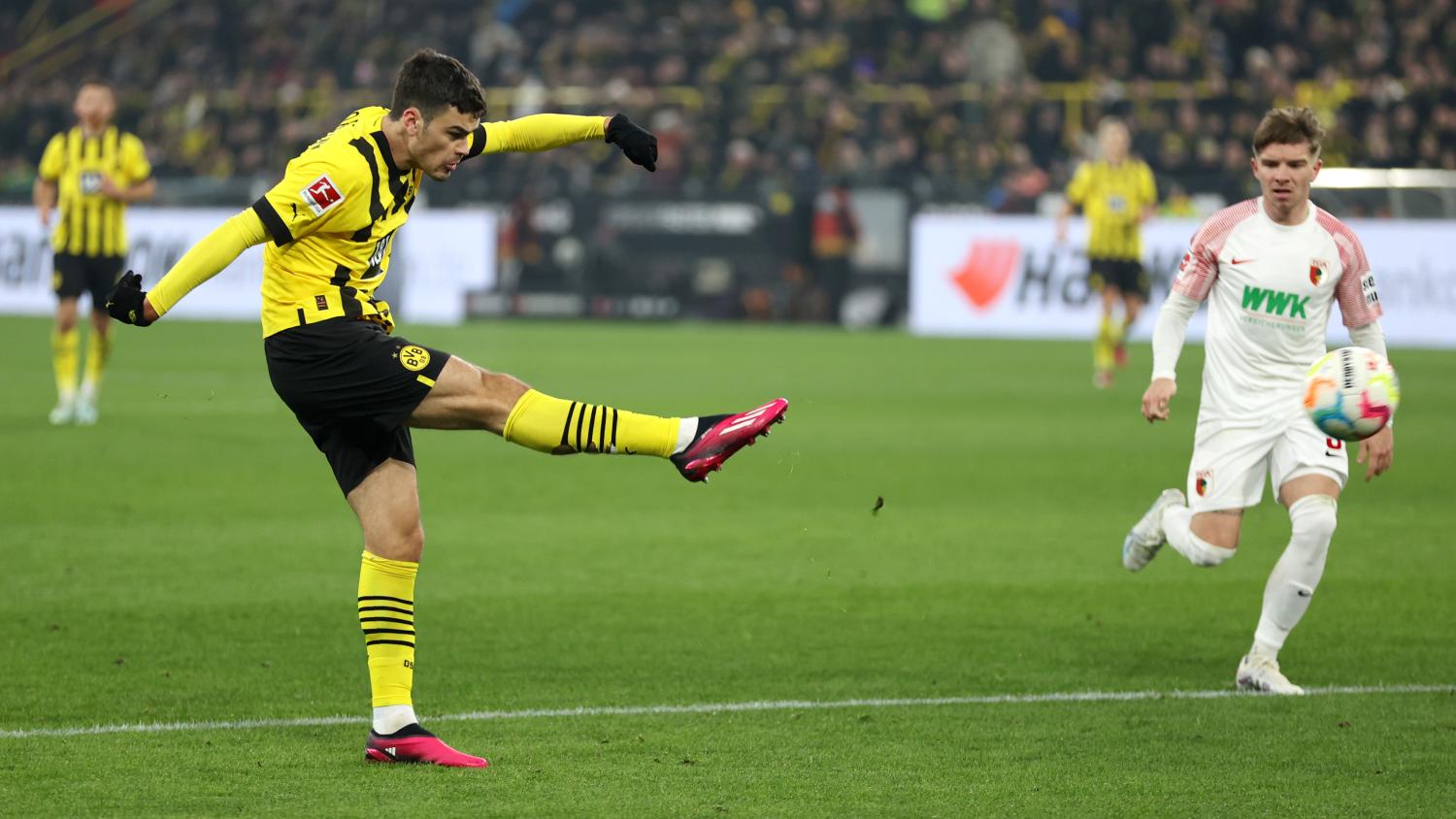 I'll whisper it, but I feel like I'm discerning some faint traces of light ahead with regards to the USMNT's direction. There's obviously still no permanent manager, but every day takes us further from Gregg Berhalter and closer to what's demanded when hosting the world's greatest sporting event come 2026.

But more importantly, some of our best players have hit the ground running with the return of club ball. Also, despite the World Cup final still being in the rearview mirror, we've already gotten a glimpse of some emerging talent looking to make a major breakthrough this calendar year.

If the whole "youngest squad at the World Cup" refrain we heard in Qatar is actually going to be a positive in the long run, we're going to need more of what we saw this past weekend.

On Dec. 12, Reyna issued an Instagram statement saying he was only focused on "improving and growing as a soccer player and a person."

Over the course of the following 40+ days, it's been incredibly weird to see a bunch of experts and analysts play the tough guy by issuing some form of "Reyna just needs to let his game do the talking" ultimatum while incessantly rehashing the entire soap opera again and again.

Turns out Reyna's the only one who's actually concerned with the best interests of the national team because he's doing the damn thing while everyone else squabbles over the same BS.

On Sunday, Reyna scored one of the best goals ever by an American abroad after coming off the bench in the 70th minute. It was the match-winner in Dortmund's ridiculous 4-3 barn burner against Augsburg.

GIO REYNA GOLAZO TO GIVE DORTMUND A 4-3 LEAD! pic.twitter.com/3PpTXUV2q6

That should be enough to end it once and for all, right? Nope, after scoring that thunderbastard, Taylor Twellman said he "just needs to now let the play talk." Is that not exactly what he's doing by hitting a Bundesliga goal of the season candidate? I feel like I'm taking crazy pills.

What a finish. Touch under pressure to then know where on the field he is to then finish that way . Reyna just needs to now let the play talk. #USMNT pic.twitter.com/ZVbgQOF4G9

Reyna's going to be scoring wonder goals at the 2026 World Cup and the FOX commentators are going to be saying "Reyna just needs to let his game do the talking."

The 24-year-old Club América winger is already becoming a USMNT legend. By joining the U.S. for his first senior call-up, Zendejas has already forced Mexico to forfeit two senior friendlies and three U-23 games that he played in — no USMNT player has ever hurt El Tri as quickly.

Also, having a USMNT baller on Las Águilas — one of the most successful and popular teams in Mexico — is something this writer has been dreaming of for a long time, and after an excellent Apertura regular season and liguilla, Zendejas got his Clausura tournament started Saturday with a beautiful goal and an assist against Puebla.

He'll be available for the Serbia friendly on Wednesday before rejoining América ahead of its weekend fixture against Mazatlán.

Sargent has been playing up top, as a secondary striker, out wide on the left/right and as part of a midfield three over the last couple months, but it looks like new Norwich manager David Wagner is going to get the best out of the attacker after he scored his 10th goal of the Championship season on Saturday.

The Canaries are up to fifth in the table, and Wagner's arrival has the club again dreaming of a return to the Premier League. Oh what might've been if Sargent didn't get hurt against Iran.

*This doesn't give you license to trash them at a leadership conference.

The bad news: Aaronson does not deserve his place in the starting lineup at this point, and it's almost becoming the sword that Jesse Marsch falls on. At this point the stats say everything for a player routinely trusted at attacking mid: 21 games for Leeds across all competitions, one goal and two assists.

Elland Road isn't faulting him for his hustle, endeavor and commitment to the press, but he's basically looking like Miguel Almirón before the Paraguayan started scoring goals for Newcastle. With the club just one point above the relegation zone after a goalless draw with Brentford, Aaronson looks woefully short on confidence in the final third.

It's unfortunate for Pulisic but after four seasons with Chelsea, the Blues must now certainly be convinced that the 24-year-old can't be relied on given his exhaustive injury history and the impact that has on his form when sporadically available.

New signing Mykhaylo Mudryk has only played 35 minutes, but based on the very early evidence, the 22-year-old might not relinquish his position on the left wing for years to come. Chelsea will certainly want him there after spending $100 million on his services.

Pulisic's still contracted through next season and certainly won't leave this January with a knee injury, but a summer move seems inevitable now.