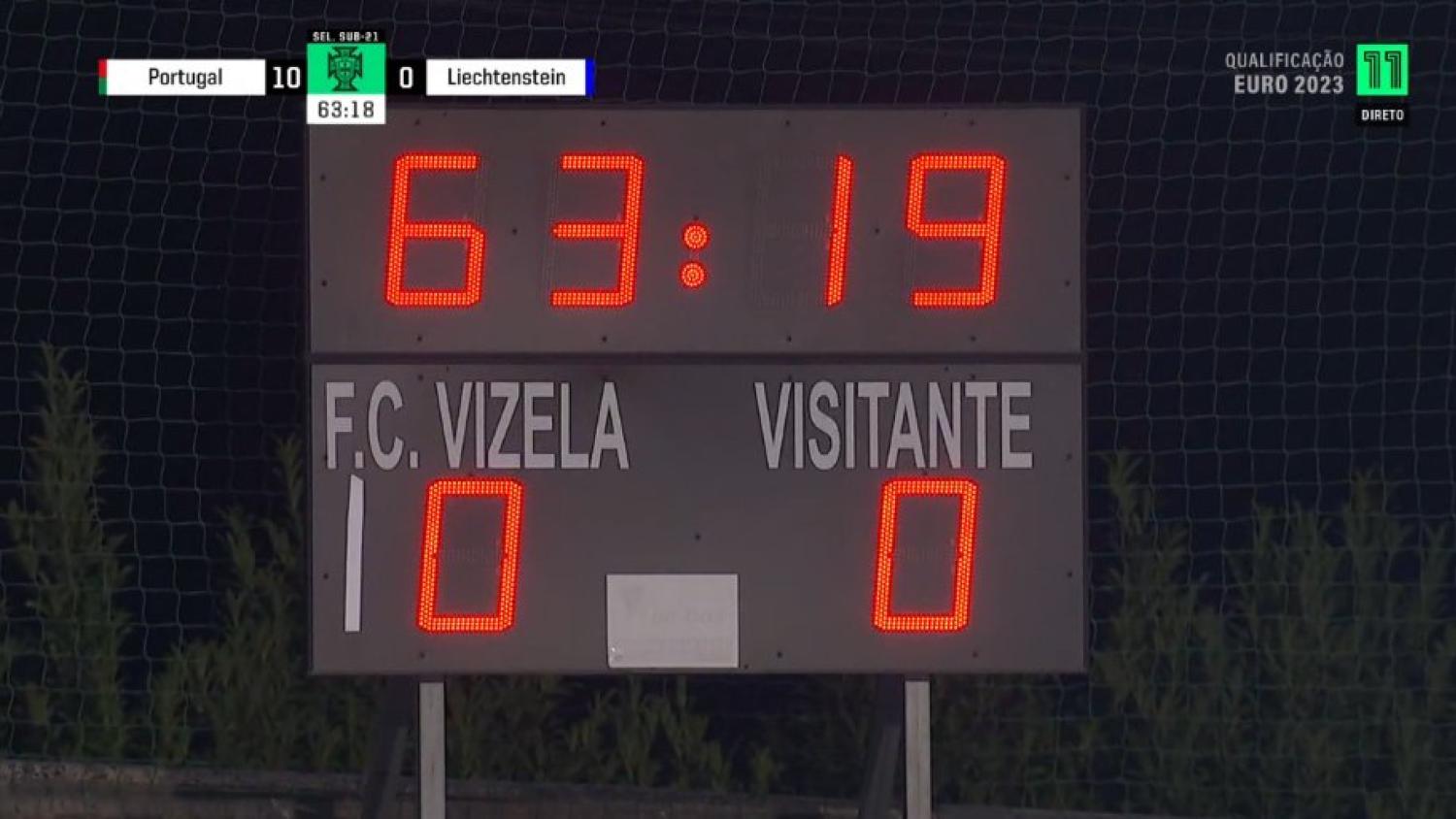 If you haven’t seen a picture or video of the Portugal U21 scoreboard from a Euro qualifier against Liechtenstein on Thursday, I implore you to take a gander. Liechtenstein’s senior team is ranked 188th in the world. As a country with second lowest population among UEFA members, I honestly didn’t even know they had enough people for a U21 team.

The team morale couldn’t have been too high on Thursday prior to playing mighty Portugal. This was the U21 side’s fourth game of Euro qualifying after losing its first three games (5-0 to Greece and two 6-0 defeats to Cyprus). I don’t know if anyone was expecting the score to be 9-0 by halftime.

Portugal was kind enough to step on the breaks in the second half, but when Tiago Tomás scored his team’s 10th goal, the scoreboard operator had to get creative.

The guy who was in charge of the scoreboard during Portugal under-21's 10-0 win over Liechtenstein's under-21's had to come up with an inventive way of keeping it updated when the tenth goal went in last night pic.twitter.com/2PVsKQGH93

It's always going to be an uphill battle when your opponent records 46 times as many shots. Liechtenstein had one lone shot compared to Portugal’s 46. The only notes taken in UEFA’s official match report were the Latvian referee crew’s names and that “the pitch is excellent.”

Maybe next time Liechtenstein. The next game for the underdogs will be a bottom-of-the-group clash with Belarus on Oct. 12. Perhaps Liechtenstein can work on reducing its -28 goal differential.