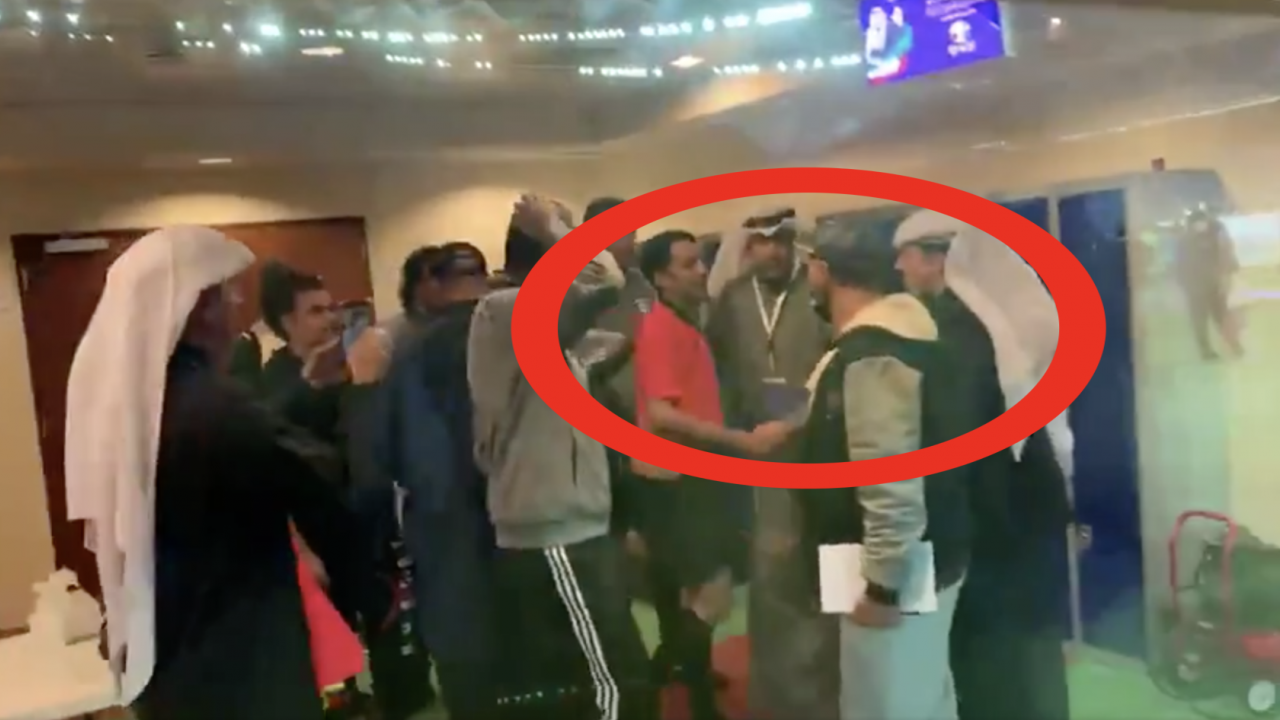 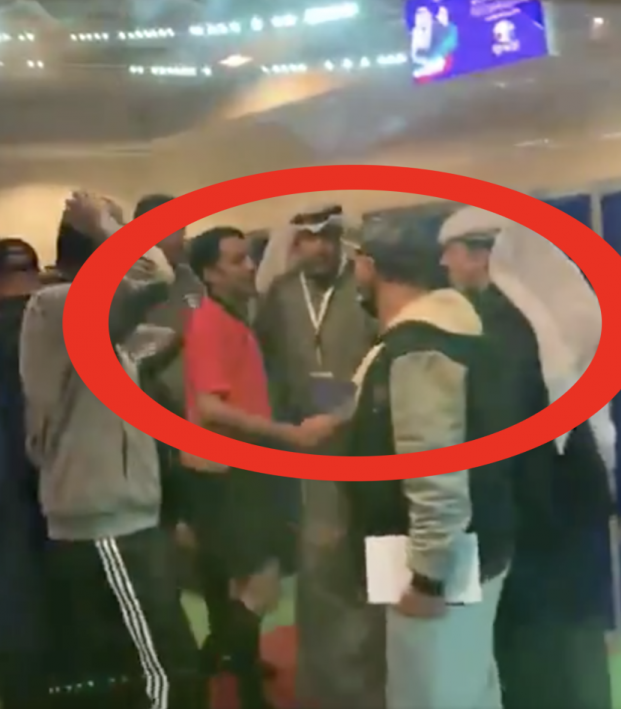 A strange scene took place after the Final of the Kuwait Crown Prince Cup when the winning team, Kuwait SC, was filmed celebrating with the referee in a private room. In a video the team celebrates with referee by throwing him up in the air, giving hugs and even kisses.

Members of Al-Kuwait celebrated winning a cup final against rivals Al-Qadsia by kissing, hugging and throwing the referee into the air in a private box

Like the true Kuwait Crown Prince Cup super-fan that I am, I found some of the key moments in Kuwait SC’s 2-1 victory against Al Qadsia that led to the celebrations. If you would prefer to watch the full 17 minutes of highlights feel free to click here.

The officiating during the first 90 minutes was fairly normal. Nothing seemed out of the ordinary. Al Qadsia took the lead within the first 10 minutes and Kuwait answered back in the second half with this superb goal.

The cup final lingered into extra time and that’s when the first overtly suspicious call was made from the center referee.

A Kuwait player clearly dribbled the ball out of bounds but play continued and only a strong arm from the goalkeeper denied the attacker. A skirmish then broke out between the referee and some of the Al Qadsia coaching staff, which resulted in a sending off.

Kuwait SC scored the eventual game-winning goal in the 116th minute. The champions could have sealed the cup minutes later but instead missed a hilariously easy opportunity.

Tensions reached their peak in the 122nd minute when the referee called a foul against Al Qadsia that enraged one of the players so much he tried to take out the man in the middle. He was obviously sent off for this.

When the referee blew his whistle for full time he and his fellow officials had to be escorted out by security for their own safety.

With one team wanting to pummel the referee you would think he would’ve high-tailed it out of the stadium ASAP. To see a clip of him celebrating with members of Kuwait SC is highly suspicious.

Match fixing? Possibly. Horrible judgement from the referee and getting caught in 4K celebrating with the winners? Yes.