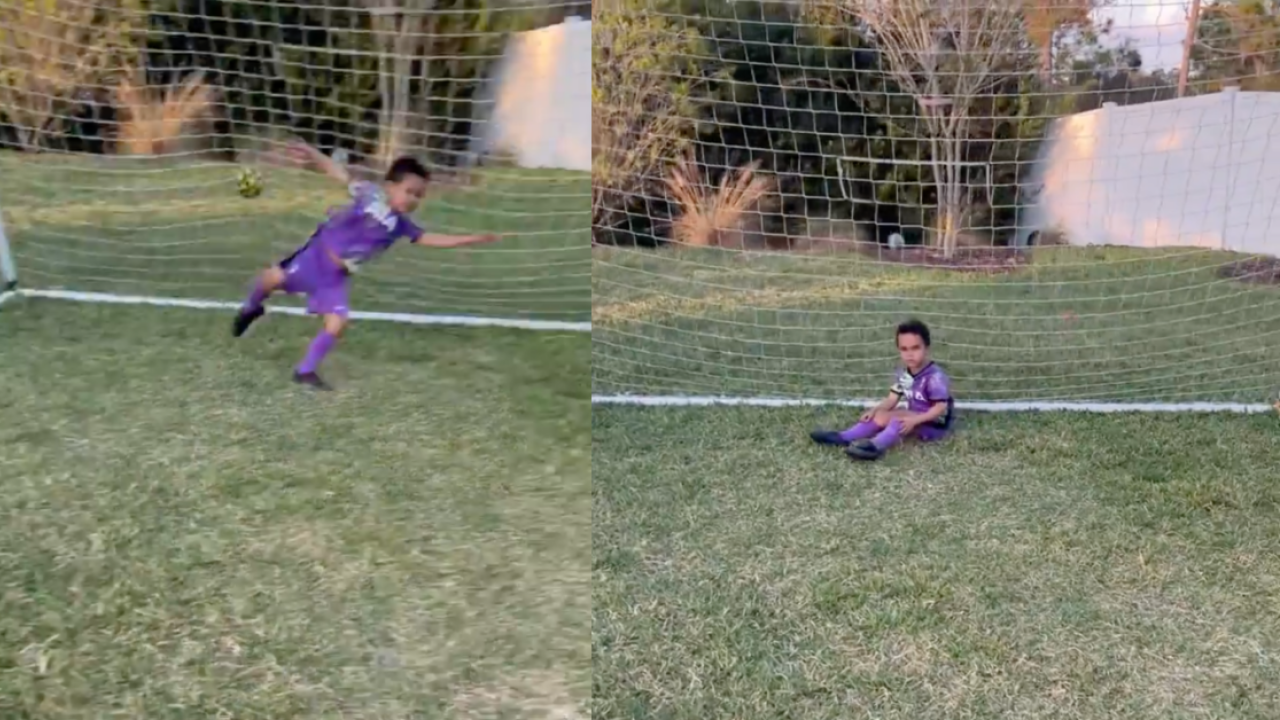 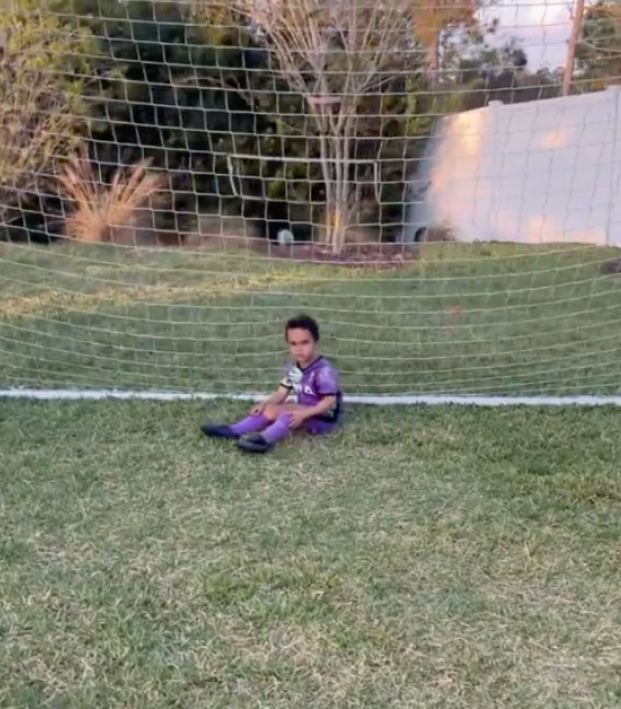 It’s not easy being a single mother. It’s even harder when you’re a professional athlete. But Sydney Leroux sure makes it look easy, or at least fun.

Preseason NWSL camps are less than a month away. With that in mind, Sydney Leroux was in the backyard getting in some training this week with her 5-year-old son, Cassius, who was sporting a full Tottenham kit. Leroux, a 31-year-old Orlando Pride forward and prime Mom of the Year candidate, did what any self-respecting parent would do upon seeing their offspring wearing Spurs colors: kick a ball straight at the kid’s head.

“Mommy, just a small kick, OK?” Cassius said, shortly before mommy did the opposite of a small kick.

“That’s a hard kick,” Cassius replied after being knocked over and nearly taking a shot to the face. That will teach him to wear a Tottenham jersey.

To his credit, Cassius got up and impressively saved the next shot. Alas, like most good-but-not-great goalkeepers, he was done in by the attempt off the rebound.

Sydney Leroux will be attempting more hard kicks once the 2022 NWSL season kicks off on March 19 with the Challenge Cup. Though Leroux hasn’t appeared for the USWNT since 2017, she’s still a force in the NWSL. Last season she led the Pride with eight goals, more than teammates Marta and Alex Morgan.

Leroux also posted other videos of Cassius to her IG Stories on Monday, with Cassius showing off some impressive skills on the volley, though he clearly needed some work on his heading. Still, I bet Antonio Conte could find a spot for him in the underperforming Tottenham lineup.

Cassius and his sister, 2-year-old Roux, are both clearly on the path toward becoming the next great American soccer players, with both parents having played for the U.S. national teams. Momma Leroux has scored 35 goals for the USWNT to go with an Olympic gold and Women’s World Cup title. Their father, Dom Dwyer, scored two goals in four USMNT caps. He and Leroux divorced in 2021 after six years of marriage.

Though still just a kid, Cassius already has more soccer jerseys than most fans, including Spurs, Liverpool, Barcelona and, of course, the Orlando Pride. And if the soccer thing doesn’t work out for him, he can always pursue a career as a pop artist.

In other USWNT baby news, KC Current goalkeeper Adrianna Franch’s wife, Emily Boscacci, recently gave birth to their first child, Kamari. Days later, Franch already had the child decked out in gear of her alma mater, Oklahoma State, to watch the Cowboys complete a wondrous rally to beat Notre Dame in the Fiesta Bowl on Saturday. The photos of the young family are adorable, though it’s worth noting the Fiesta Bowl wasn’t all smiles, as one of The18’s writers came back from the game with Covid-19.