Which USMNT/USWNT Player Would Make The Best ‘Survivor’? 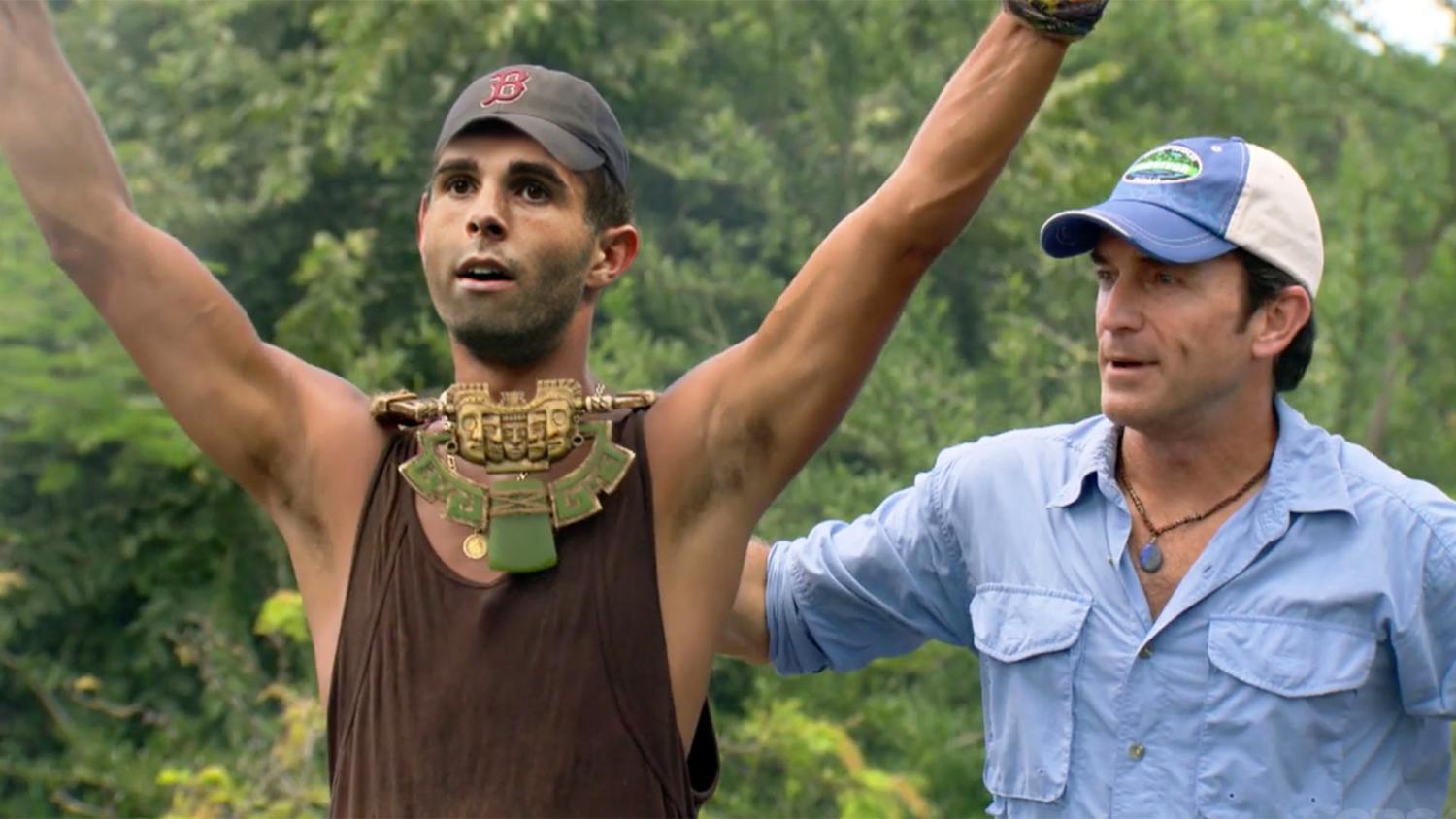 Who would be better on Survivor, Christian Pulisic or Megan Rapinoe?
CBS/ Mariel McCown | The18

Tonight, Wednesday, Feb. 12, marks the start of the 40th season of “Survivor.” Still going strong with Jeff Probst and a group of castaways, Survivor has been airing two seasons a year for about 20 years, redefining reality TV, for better or worse.

But what if our favorite American soccer players were cast on Survivor?

Tonight, we celebrate 40 seasons of #Survivor and take a look back at some of the most memorable moments over the years! Tune in at 8/7c on @CBS and @CBSAllAccess: https://t.co/6gmDVpCiB5. pic.twitter.com/zpBPdpryJA

Survivor, like soccer, has its share of villains, fan favorites, lovable losers and epic champions. So as the 40th season of Survivor begins, let’s break down some of the biggest stars in U.S. soccer history past and present based on what kind of player they’d be on Survivor and how far they’d go.

We’ve conjured up 18 of the greatest players in the history U.S. Soccer, plus a few coaches because every season needs a few older folks to keep the 50-plus crowd CBS feeds on interested, and ranked them on how we think they’d perform in an 18-person season of Survivor.

Jurgen Klinsmann is the guy who gets to the camp and immediately starts barking out orders as if he’s the only one who knows how to do something. While some of his ideas are good, mostly he gets on everyone’s nerves and he’s the first one to go home.

Despite getting knocked out first, Klinsmann will repeatedly say that he was definitely going to get to the Final 3.

Lalas won’t have the ignominy of being the first voted out, but as soon as his tribe loses a challenge, people will be done with his bullshit and send him packing for trying to explain why music was so much better in the 80s.

Despite being one of the most experienced, accomplished players in the USMNT pool, people seem to just fucking hate Michael Bradley.

Bradley’s tribemates will feel the same way and he’ll be off before anyone can remember that sick goal he scored against Mexico at the Azteca.

Carli Lloyd demands excellence from herself and others, which will rub many the wrong way. Not afraid to call out other people’s bullshit, she’ll become a target for her lack of friendliness around camp, even if she’s working harder than anyone else.

Lloyd will get the boot after yelling at her tribemates for fucking up in an early challenge,

Everyone will think Harkes is a great, honorable player, and then out of the blue he’ll get caught cheating on an alliance member and he’ll be out immediately.

We’re going to assume this is a post-pregnancy Alex Morgan, although we’ve seen she can still kick ass while pregnant. Despite being one of the popular players on the show, Morgan will struggle to really find a role with her tribemates.

Amazing in the challenges, she’ll occasionally look lost back at camp, as she sometimes does when she’s asked to do something other than score goals on the pitch. The result? Morgan’s unable to make it to the merge.

Then, bafflingly, Donovan will be left out before the merge, despite everyone knowing he deserves to be there.

Jozy will be one of those hard-working players who is better than most people give him credit for. He’s also a pretty likable dude who no one will want to vote out.

But we all know where this is going: Altidore will be forced out via medical evacuation because this guy cannot stay healthy.

No one has a greater eye for goal in U.S. soccer history than Abby Wambach. She’ll be an absolute monster in the challenges, winning most of them for her tribe.

But when things switch up around the merge, her singular focus on helping her team will no longer be enough to keep her around.

One of the younger players, Pulisic will feel the pressure to perform a bit too much. He’ll make plenty of friends and dazzle in the early challenges but when it comes time to put up or shut up post merge, he’ll fold like the USMNT in a World Cup qualifier in Trinidad and Tobago. 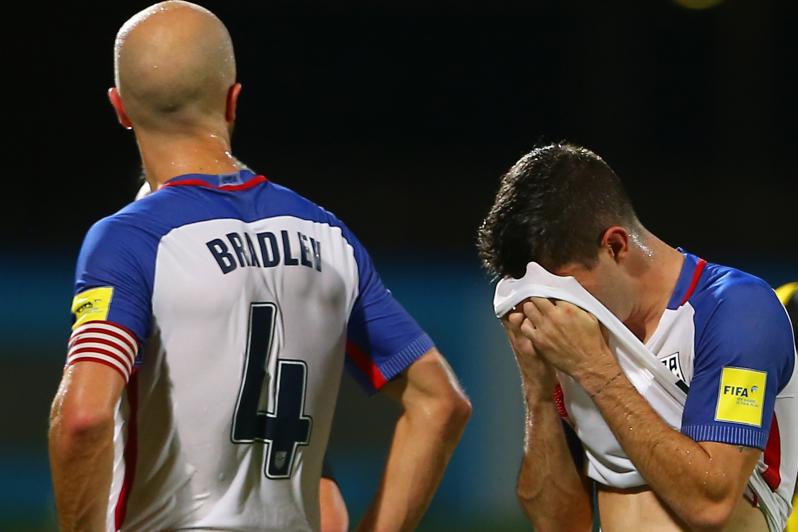 Bruce Arena keeps coming back, and no one really knows why. Sure he was great in a past season, but everyone knows he’s past his prime.

Through some stupid rule like in Season 38 where Chris came back from the “Edge of Extinction,” Arena will get a second chance. Unlike Chris, Arena will fail.

Megan Rapinoe is either loved or hated by all. This isn’t actually a bad place to be in Survivor. Her alliance will keep her around knowing she’s a buffer for themselves while those who want her out will find out how difficult it is to beat a team with Rapinoe on its side.

Alas, eventually her alliance will decide she’s not worth keeping around and she’ll be tossed to the wolves.

Jill Ellis is one of those people who flies under the radar a bit. While prone to an epic collapse, like the 2016 Olympics, she quietly builds up one of the greatest résumés ever. But, as Hope Solo likes to point out, Ellis doesn’t have that kill instinct and can’t make the necessary moves to finish the job.

Tim Howard is just a likable guy. He goes about his business, steps up as a leader when needed and otherwise doesn’t piss anyone off.

Mia Hamm could do it all. Ranked first in assists, second in goals and fourth in caps for the USWNT, Hamm will likewise be a stud in all areas of Survivor.

Her status as such a strong player will get her far, but eventually the rest of her tribemates will realize they can’t beat her in the Final 3 and choose to vote her out rather than lose to her.

Nobody will be a better survivor on Survivor than Clint Dempsey. A country boy from Nacogdoches, Texas, Dempsey will catch fish for his tribemates, build a fantastic shelter and have no qualms about a bug-eating challenge.

What’s more, Dempsey is a focused winner, someone who isn’t afraid to do whatever it takes to win. A creative player, Dempsey will find novel ways to get ahead, like creating a fake immunity idol to fool a young, naïve Pulisic. These traits will get Dempsey to the Final 3, where the competition then turns to the jury to decide the winner.

Hope Solo will embrace the role of villain and make it her own. She’ll lie, cheat, backstab and lie some more to get ahead.

Eventually getting into the final six, the remaining Survivors will decide to keep her around because they know no one in the jury will vote for her to win.

No one is better at doing whatever it takes to win than Michelle Akers. A legendary player who put her body on the line every game, Akers will inspire those around her and become a likable figure all around.

But Akers also isn’t afraid to get a little dirty to accomplish a goal. Like when she auctioned off some of her most famous memorabilia for a good cause, Akers will stop and nothing to win, and win she will.