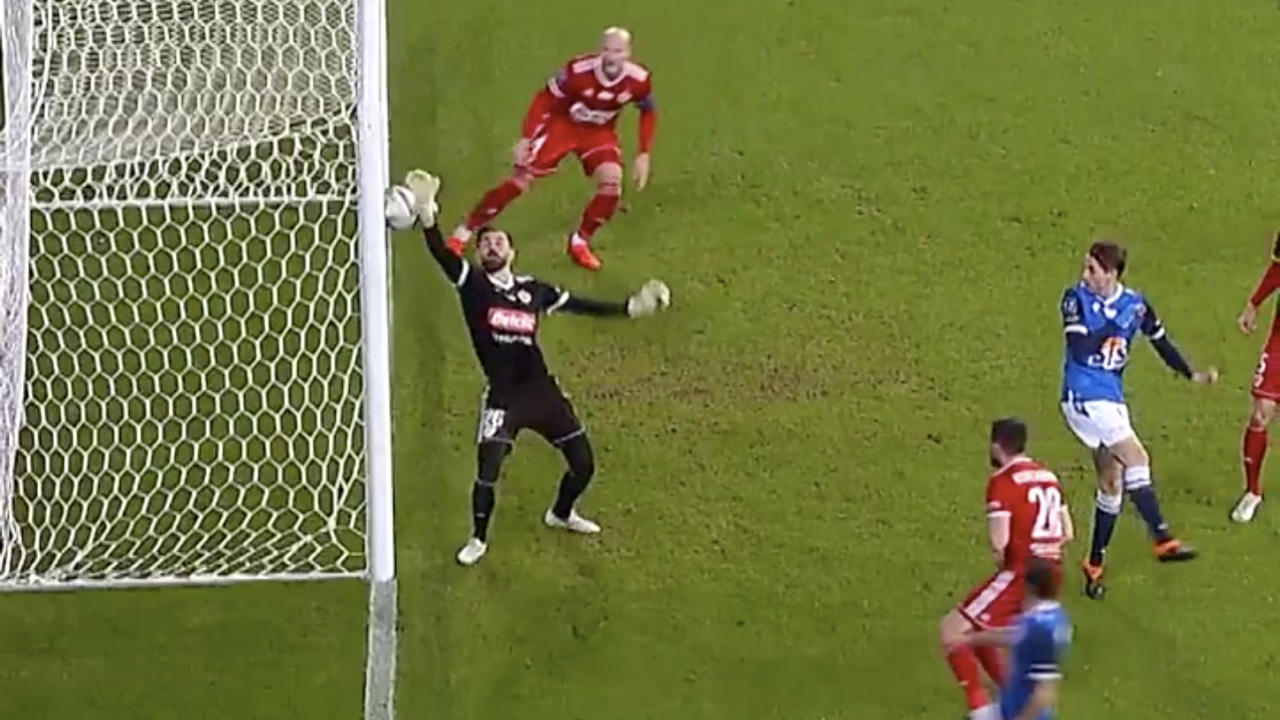 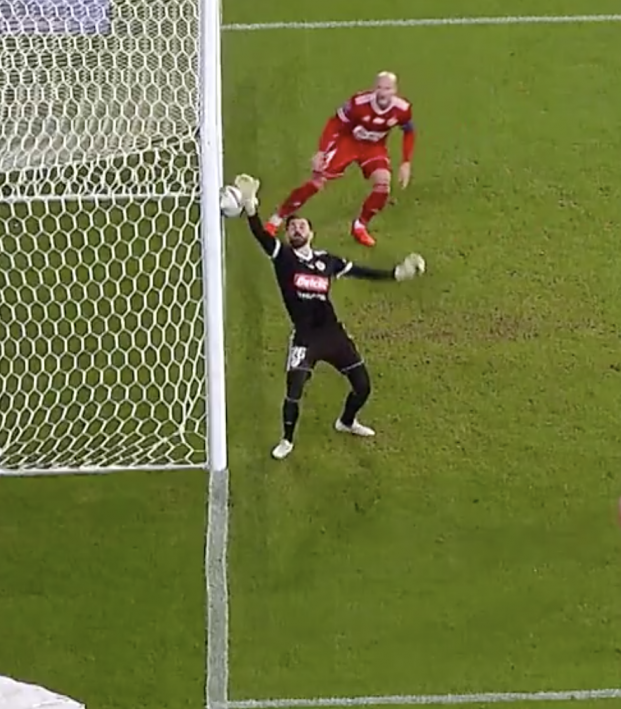 For those who have watched the Oscar-winning Spider-Man: Into the Spider-Verse, you know there are alternate dimensions out there with different Spider-Heroes. Until Sunday, the Spider-Man of our dimension had yet to reveal themself.

We now know there is a Spider-Man in this dimension and he plays in the Polish Ekstraklasa. Frantisek Plach is a 29-year-old Slovakian goalkeeper who plays for Piast Gliwice in Poland’s top league.

At least, that’s what he wants us to think.

Plach’s real identity is Peter Placher and he’s our dimension’s greatest hero. Plach has kept his Spider powers secret for nearly three decades. It wasn’t until Sunday that he gave us a small preview of what he’s capable of.

The ability to have a ball stick to his hand? I know I’ve seen that somewhere before.

Plach wisely proceeded to awkwardly bat the ball out for a corner in order to throw us off the scent. The Slovakian goalkeeper has definitely seen “The Incredibles” before and knows the importance of not blowing his cover.

Plach’s heroics earned his team a point as Sunday’s game finished 0-0. The18 will provide updates if Peter Placher chooses to exhibit more of his Spidey-powers in the future.