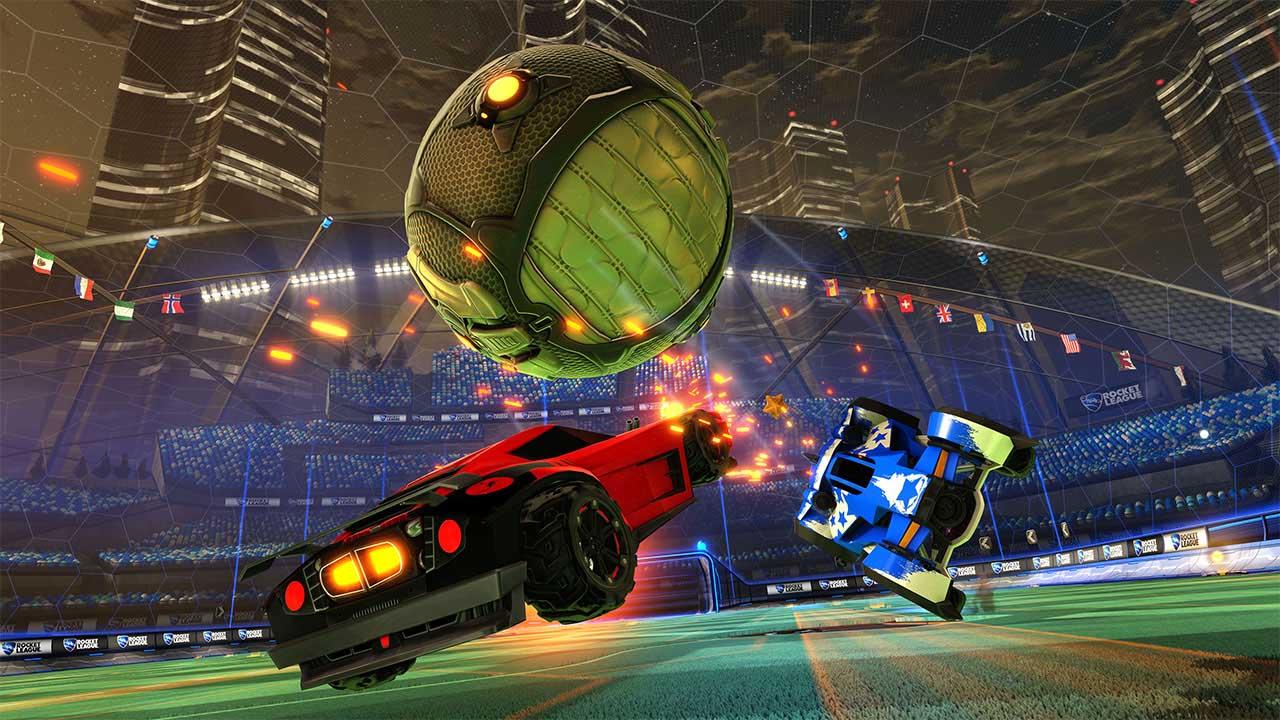 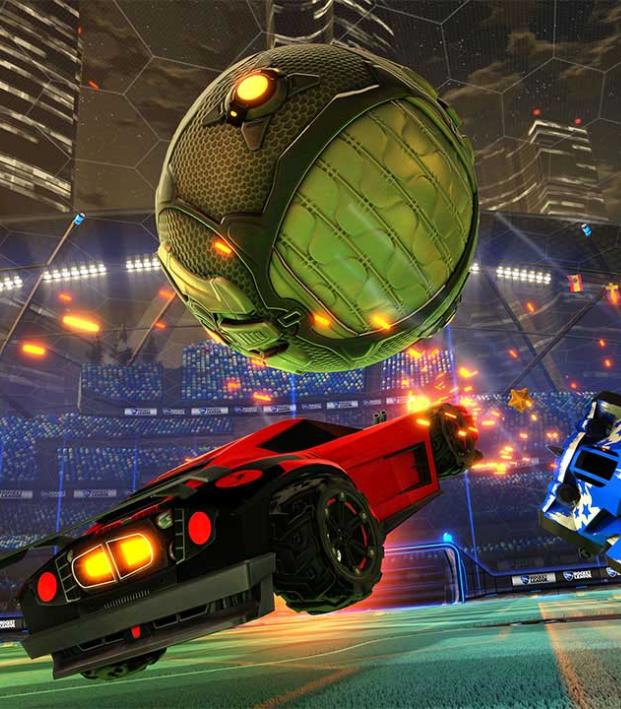 You Need To Try These Soccer Video Games

FIFA and PES may need to rethink their strategy.

While the EA and Konami games are focused on realistic portrayals of soccer both in terms of graphics and gameplay, these games take the joy of soccer to new arenas.

Here is The18’s list of soccer video games you need to play.

Editor's Note: This article originally ran in 2017 but has been updated to include a few more soccer video games you gotta try. Find the new ones at the bottom below Rocket League.

What do you do when one friend wants to play Madden, another wants to play table tennis, a third wants to go bowling and you just want to play some footie? Play Super Slam Dunk Touchdown and everyone wins! (Losers excluded.)

SSDTD combines soccer with basketball, football, baseball, hockey, bowling, tennis, hockey and roller derby in a retro 3v3 game. Play as the speedy soccer player, the strong American football player, the tall basketball player or the tough hockey player, all with their own strengths and weaknesses.

When the puck (or ball of any kind) drops, use your character’s skills to score on your opponent’s net/goal/hoop. Keep an eye out for marching bands, streakers, zambonis and banana peels to become the greatest Super Slam Dunk Touchdowner of all time!

Videoball is simultaneously the most simple game on this list and the most addictive. On a 2D plane, you control a triangle with tank movements. You have one button. Press it and you shoot a weak triangle. Hold it for progressively powerful shots. Hold it longest and you plop down a square that blocks your opponent’s patch.

Use those techniques and try to get the ball(s) over the goal line to win. It’s really soccer the way it was meant to be played, before the English decided humans were more entertaining to watch than geometric shapes.

This was by no means the best soccer game of its era, both graphically and gameplay wise, but it stood out for the fact you could control the curve of a shot or pass — after it was kicked. Also useful — and super annoying — were the hotspots on the pitch (near the corner of the 18-yard box) where you could score almost every time.

There were a couple other things going for it, namely the commentator Alan Green was entertaining. He wasn’t afraid to mock the players: If you took a poor shot, he’d say the ball went nearer the corner flag than the goal. The biggest plus? It didn’t have that damn Chumbawumba song like EA’s 1998 FIFA World Cup game.

There may be other Mega Man games out there, but really this is all you need. Who doesn’t want to play soccer as the nearly two-dozen robots from the beloved platformer series. In addition to head-to-head modes, you can play the Capcom Championship mode that is like any other Mega Man game, beating the individual bosses in order before entering Dr. Wily’s castle for the final bosses.

While filling out a starting XI with any number of combinations of the numerous playable characters is awesome, the game was hindered by a camera zoomed in way too tight and controls that were the opposite of tight. But still, Mega Man! Playing soccer!

Warning: Next game is NSFW.

Fair warning, this game is not for kids. At least, not normal kids. Or even normal adults. Disclaimer out of the way, this game is nuts, for lack of a worse pun. You control what we’ll call long phalluses in a variety of game modes. As with all good video games, a soccer mode is included, called Sports Ball. While the ball isn’t always of the soccer variety, it’s close enough, and surprisingly fun considering you’re controlling the one piece of male anatomy that typically isn’t used to hit a soccer ball.

One of the earliest games on this list set the standard for sports video games. Sure there were some solid efforts before, but this game combined licensed players (Mario Lemieux was OP AF) with incredibly tight controls. The number of features in a game made 24 years ago is staggering: player skill ratings with hot/cold streaks, player-specific moves/shots, replay (with reverse angles), crowd meter, organ music matching home arenas and more. This game was truly ahead of its time.

Not a soccer game? Well, maybe. But it has everything that makes FIFA/PES great and has the feel of a great indoor soccer game. Even the sounds were incredible. Just don’t do wrap-arounds, because those were cheap. And don’t ask Jeremy Roenick about it.

If you can’t get out on a pitch with a few friends, Rocket League is the next best thing. FIFA and PES have nothing on the insanity of a 5-minute match in Rocket League, where you play out the one fantasy you always wished could come true: playing soccer with cars. Except, you’re not just controlling regular cars, but Supersonic Acrobatic Rocket-Powered Battle-Cars (as the prequel was called).

More basketball than soccer, this is one for the pro/rel supporters out there.

Pitball was a sports video game released on the PlayStation One that combined elements of indoor soccer and NBA Jam with the added bonus of power-ups and playing as 12 distinct alien races.

You play two-on-two matches in a small, enclosed arena, battling for possession of the ball, which you must throw into the opponents’ goal, a small “pit” high up on a wall. Play multiplayer or a single-player seasons mode, where you can, yes, get promoted and relegated to higher and lower leagues.

The action unfolds a bit like NBA Jam with more violence. Players use attack moves simple and complex to mow down foes and make scoring a goal easier. Each race has different attack and skill moves, from the small Astrarians’ Teleport Flash to the spider-like Tcharids’ Web Sling.

In addition to promotion/relegation, the season mode lets you upgrade equipment, bet on games like Pete Rose and even make bribes.

To top it all off, the developers actually got Michael Buffer, “Let’s Get Ready To Rumble” guy, to do voice over.

There have been a number of oddball Mario sports games over the years, not including minigames in the Mario Party series. Super Mario Strikers (GameCube) and its sequel Mario Strikers Charged (Wii) are among the best.

Super Mario Strikers, which originated from a minigame in Mario Party 4, is a five-on-five soccer game in the Mario universe. Use banana peels and red shells to throw off your opponents while trying to score a goal.

Charged, released two years later, is a much more fleshed-out game, adding in customizable teams where each character has his or her own abilities, plus the ball gets charged up for more powerful shots.

The above video does a good job of outlining what makes the series special, if you can put up with the slightly annoying narrator. He does have a good point though: This game needs a sequel on the Switch ASAP.

Tiny Toon Adventures: ACME All-Stars was very much a game of its time. But what a time it was.

ACME All-Stars allows you to play a variety of sports — including basketball, bowling, obstacle course and of course soccer — as the characters from Tiny Toons (small Looney Tunes for those who didn’t watch the animated kids show in the early 90s).

You can fill your team out with your choice of characters at the different positions for a four-on-four match. Admittedly, the gameplay isn’t exactly the best, but it’s soccer as Tiny Toons, how cool is that?

On a personal note, this was one of my favorite games to play when I went over to a friend’s house who had a Sega Genesis. I only had an SNES until the very end of the Genesis cycle and thus could only play Tiny Toon Adventures: Wacky Sports Challenge, which wasn’t nearly as fun.

Yes, we’re including a game within a game.

Blitzball is essentially water polo if you never came up for air. The spherical arena in theory provides for three dimensions of movement and strategy, although the actual gameplay is somewhat limiting, playing out entirely on a flat plane.

Despite being a minigame, there are a lot of modes to play. There’s a 10-match league, a bracket tournament, exhibition and tutorial. Every player has their own skills and stats that level up as they progress (with more experience gained for successful actions) plus salaries and contracts.

Blitzball doesn’t exactly fall under the “you need to play this” category of most of the games on this list, but Final Fantasy X is a good entry in the series. With Final Fantasy X/X-2 HD Remaster available on PS4 for $25, it’s not a bad purchase.

Just listen to the sound as you load up this game (above video). If that doesn’t make you nostalgic, then you’re probably too young (or too old) to get any joy out of the 1985 NES game Soccer. Even if you never played this title in particular, the 8-bit sound is a glorious throwback to games like RBI Baseball.

Choose from seven teams (United States, Great Britain, France, West Germany, Brazil, Japan and Spain) to play against a friend or the AI in one of the first soccer video games from Nintendo. Only six players are actually on the field per team (including the goalie), but given the technical limitations of the time, this game was still great fun.

The weirdest part of this game is the cheerleaders that come on at halftime and the sound effects whenever the ball moved were absurdly early era NES quality. But considering NES wouldn’t get another soccer game for three years (Goal!), it was all we had back in the day.