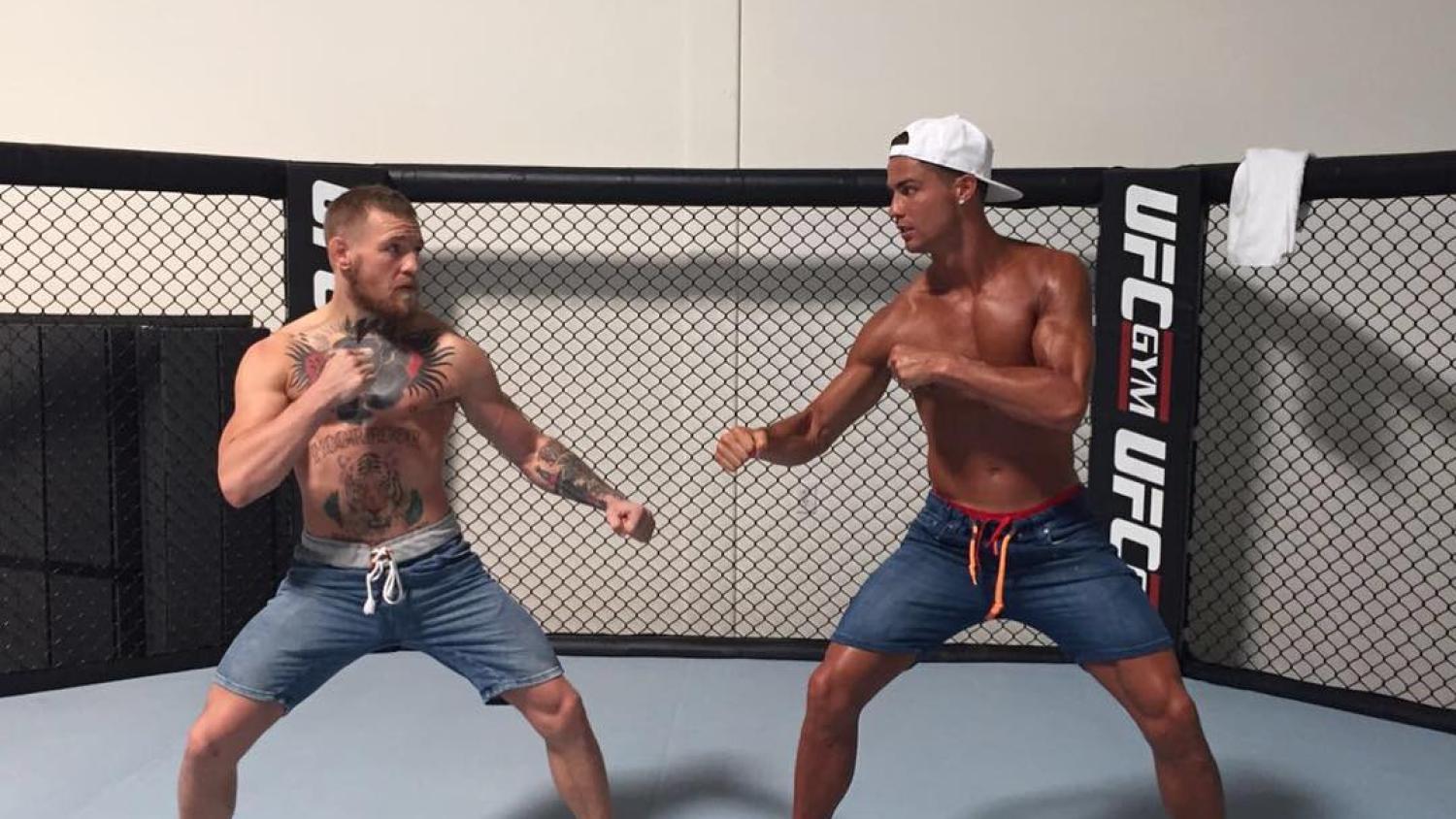 Even the biggest stars of the beautiful game are fans of the more violent sports.
@cristiano | Instagram

On the face of it, soccer and MMA have little in common. One relies on teamwork, creativity and knocking a ball around; the other relies on strength, power and endurance. But there are more soccer players who are UFC fans than you might think, despite their differences.

From Cristiano to Zlatan, footballers have been inspired by UFC fighters (and sometimes vice versa).

Soccer Players Who Are UFC Fans

The sports marketing company owned by legendary Brazilian striker Ronaldo, 9ine Sports & Entertainment, worked with UFC fighters for a while before cutting ties over what it perceived as an unfair Reebok deal.

Zlatan Ibrahimovic is a bruiser in the box on the pitch and a fan of bruisers in the octagon. He once tweeted his delight over a victory by Alexander Gustafsson, a Swedish MMA fighter.

Big up @AlexTheMauler. I’m much more happy about your victory than about my game and record today. UFC champ next. Braaaaavo!

Great to see you bro!!

McGregor has said he could’ve been a great pro footballer had he not focused on MMA, so he might have been one of these soccer players who are UFC fans had he not been so damn good at beating other people up.

When boxing legend Floyd Mayweather took on McGregor, the footballing world was watching.

When people say, 'put him in a cage and see what happens.' pic.twitter.com/dBXUxIWArB

Neymar, for one, celebrated Mayweather’s (predictable) win, having met the boxer not long prior to the bout.

Neymar might not like UFC after fighter Jose Aldo embarrassed him with this rainbow flick in a charity match a few years ago.

That’s just mean. And Neymar thought they were friends!

Yes, that’s another Brazilian footballer in the photo with Jose Aldo and Neymar, David Luiz. Brazilians love UFC almost as much as soccer.

Neymar was a fan of fellow Brazilian Anderson Silva, a former middleweight champion who once had his leg gruesomely broken during a match, the same day Neymar posted this to Instagram.

Anderson Silva could play a little ball himself too. Here he plays a little keepy uppy with fellow Brazilian MMA fighter Vitor Belfort.

Wayne Rooney, formerly of Everton and Manchester United and currently of D.C. United, is a known boxing fan.

Rooney was widely criticized when when video emerged of him boxing Stoke City’s Phil Bardsley in his kitchen five years ago. But the Red Devils striker responded with one of the greatest goal celebrations of all time.

Rooney’s also a fan of other fighting sports though, and he was excited about UFC coming to his hometown of Liverpool in 2018.

Looking forward to watching @darrentill2 do the business in less than 2 weeks. The @ufc will be in Liverpool for this first time, brilliant achievement mate. Good luck  pic.twitter.com/BDf6SzR7fz

Former Manchester United defender and one-time teammate of Rooney’s Rio Ferdinand is also a big fan of the pugilist arts. After retiring, Ferdinand tried to become a professional boxer, but he gave that up after being denied a boxing license.

Such a big @UFC fan. @EASPORTSUFC is looking amazing so far! Can’t wait for it. Check out this new footage: http://t.co/Omnpr6c3k8 #SPON

When it comes to USMNT players, the likes of Geoff Cameron, Maurice Edu, Aron Johansson, Alejandro Bedoya, Brad Guzan and DaMarcus Beasley have all shown more than a passing interest in UFC.

Headed to #UFC fight tonight to see a #boston kid @kennyflorian do work! @CoreyAshe and I will be rep for the dynamo!

@georgesots @johndonegan88 as a big UFC fan I wish you good luck in your fights big man!! All the best!

Forgot to add the pic! All the best @TWooodley! @ufc @DudeWipes pic.twitter.com/cz7zyGrDTe

RT @katietarrant: Watching the girls in the UFC fight... Come on #rousey #UFC157 #legends< i watched it too! I wouldnt get in the ring. Lol

Former U.S. striker Herculez Gomez is a UFC fan and his brother even fought in UFC.

#weaksauce kid, regardless.. Do your thing! RT @uselessgomez: So the @ufc won't let me walk out to my brothers soccer jersey. That sucks!

Cameron and dad-joke icon Bobby Boswell teamed up to help promote UFC 136, which was in Houston.

Soccer players who are UFC fans are all over the globe, just as there are countless UFC fighters who follow soccer.

Personally, we here at The18 would love to see more crossovers. Imagine Lionel Messi stepping into the octagon with Cristiano Ronaldo or Conor McGregor going one-on-one with Jose Aldo at the Maracanã. That might even be more entertaining than UFC 237, which is Saturday, May 11.