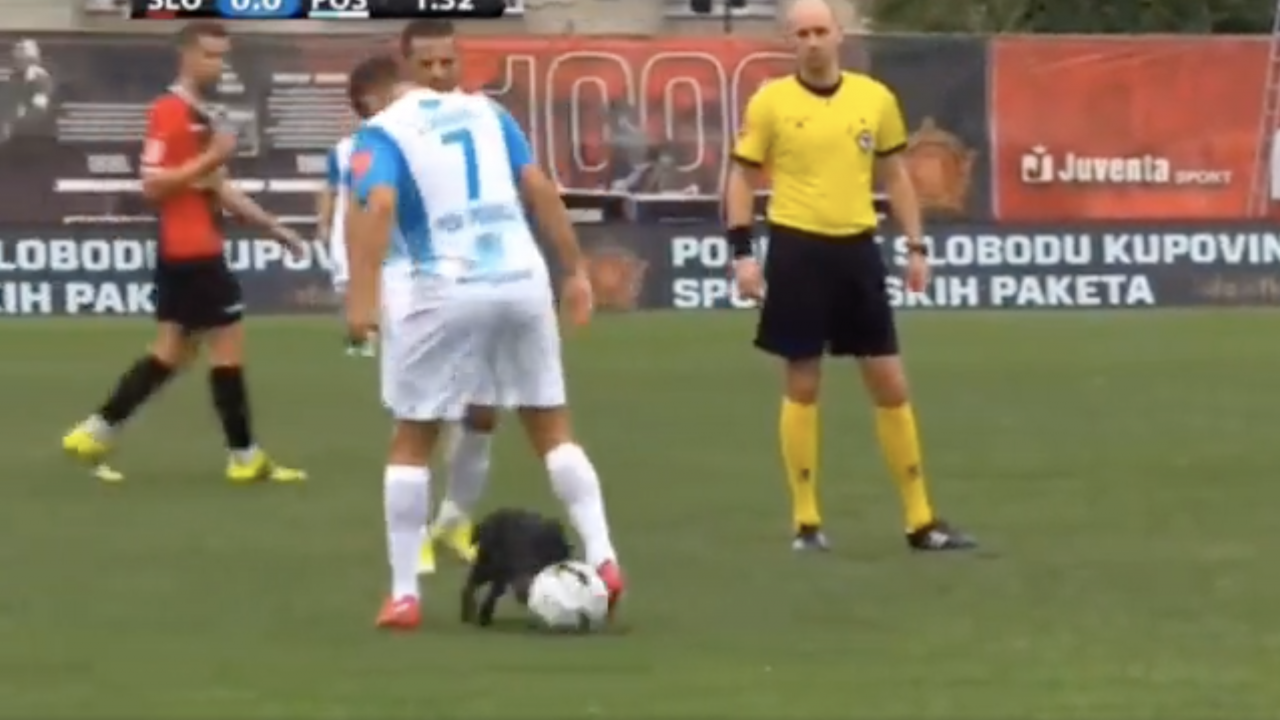 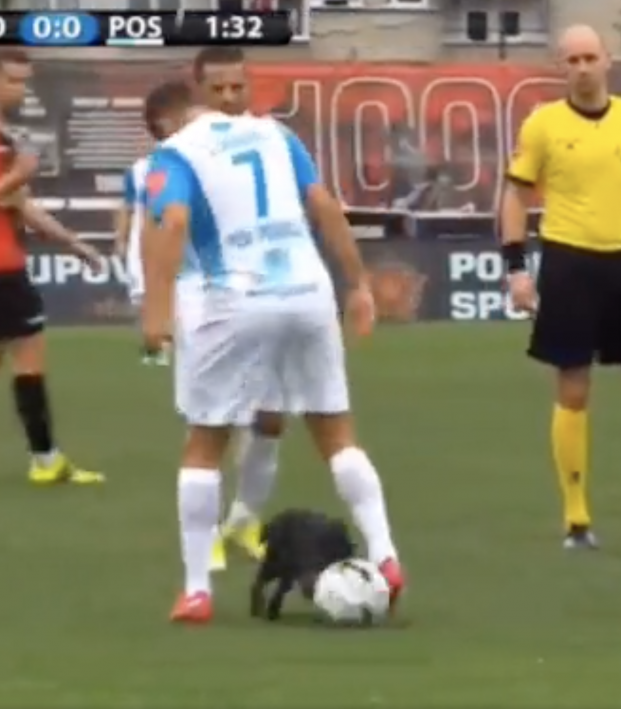 A player in Bosnia and Herzegovina probably went to sleep contemplating life on Tuesday after he was nutmegged twice by a dog during a Bosnian Premier League game. Watch as the dog nutmegs soccer player, does some extra gnawing and then goes back for seconds on the poor guy.

The player who must live the rest of his life knowing a dog was better at the sport than him is Tomislav Barisic. The 28-year-old was simply no match for Teemu Poochie as the soccer dog was equipped with five-star skill moves.

With something as incredible as this happening it called for an equally goofy edit.

The two teams playing that day, Sloboda and Posusje, ending up drawing 1-1. I believe that means the dog wins the match by default. This dog might just crack The18’s list for top 18 soccer dogs. I just wish the pup gave a post-match interview like his counterpart in Argentina did.