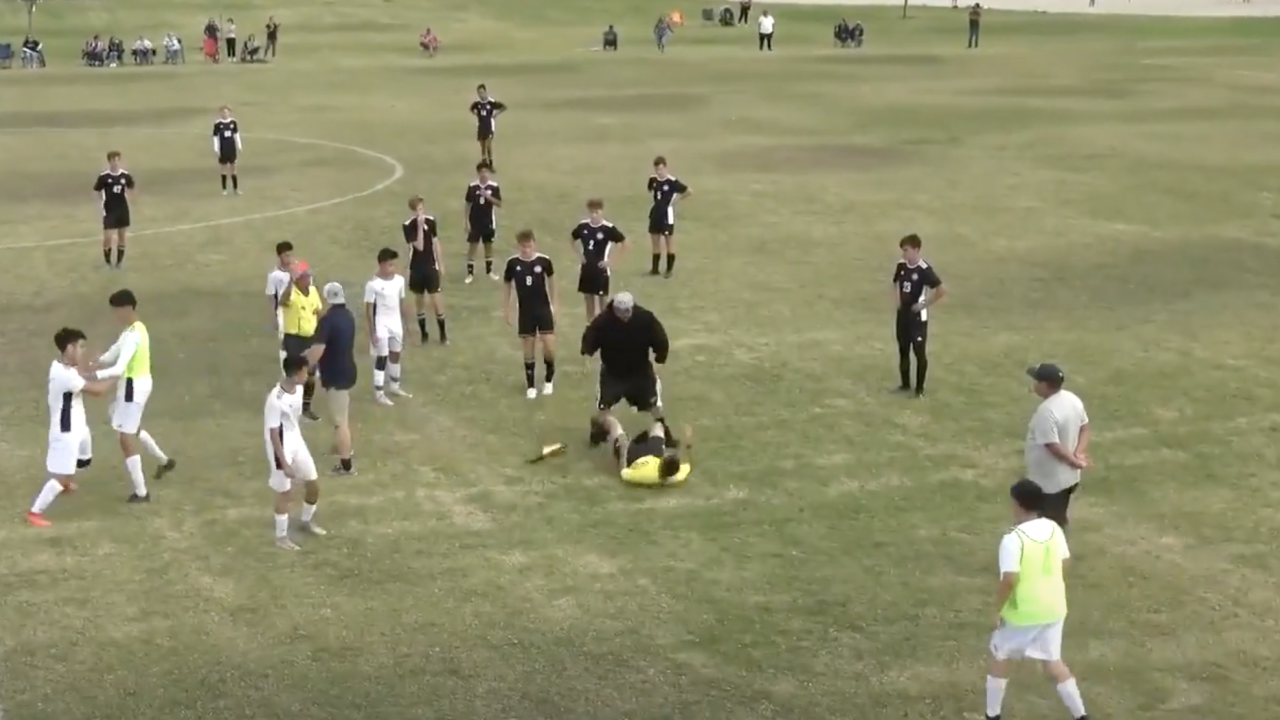 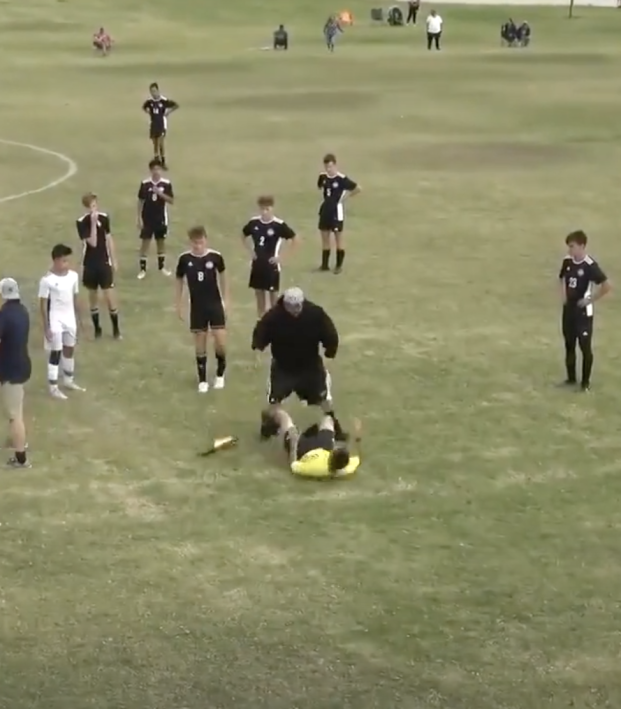 Don’t Be This Guy: Crazy Soccer Dad Runs On Field To Tackle Ref After Call He Didn’t Like

Soccer moms tend to get the rough end of the stick when it comes to being the villain of youth soccer. While the mothers of the world are easy targets, some of the worst people at youth soccer games are the dads. A dad in California wins Asshole of the Day for tackling a referee during a U16 game over a call he didn’t like.

Andrew Reali was working his usual job of refereeing a youth game in Roseville, Calif. this week when he was attacked. According to CBS Sacramento, Reali made a call during the game that upset one of the players. The player in question got into Reali’s face over the call and the referee reacted by pushing the player away.

Then came Captain Super Prick, who decided the best way to solve the issue was with violence. Reali told media that it was the hardest he’d ever been hit.

Nothing in this video is funny, however I did find the center referee’s reaction odd. It appears the man in charge of the game was in the process of giving out a red card when Reali was tackled. The ref then calmly walks over to the scene and issues a red card to the parent as if that was going to stop the crazy soccer dad.

I understand the parental urge to defend your children. Reali pushing away the youth player was off camera so it’s unclear how hard the referee pushed the child. Regardless, hit sticking a referee with a cheap shot during a youth soccer game isn’t the answer.

The parent could face criminal charges for his actions.