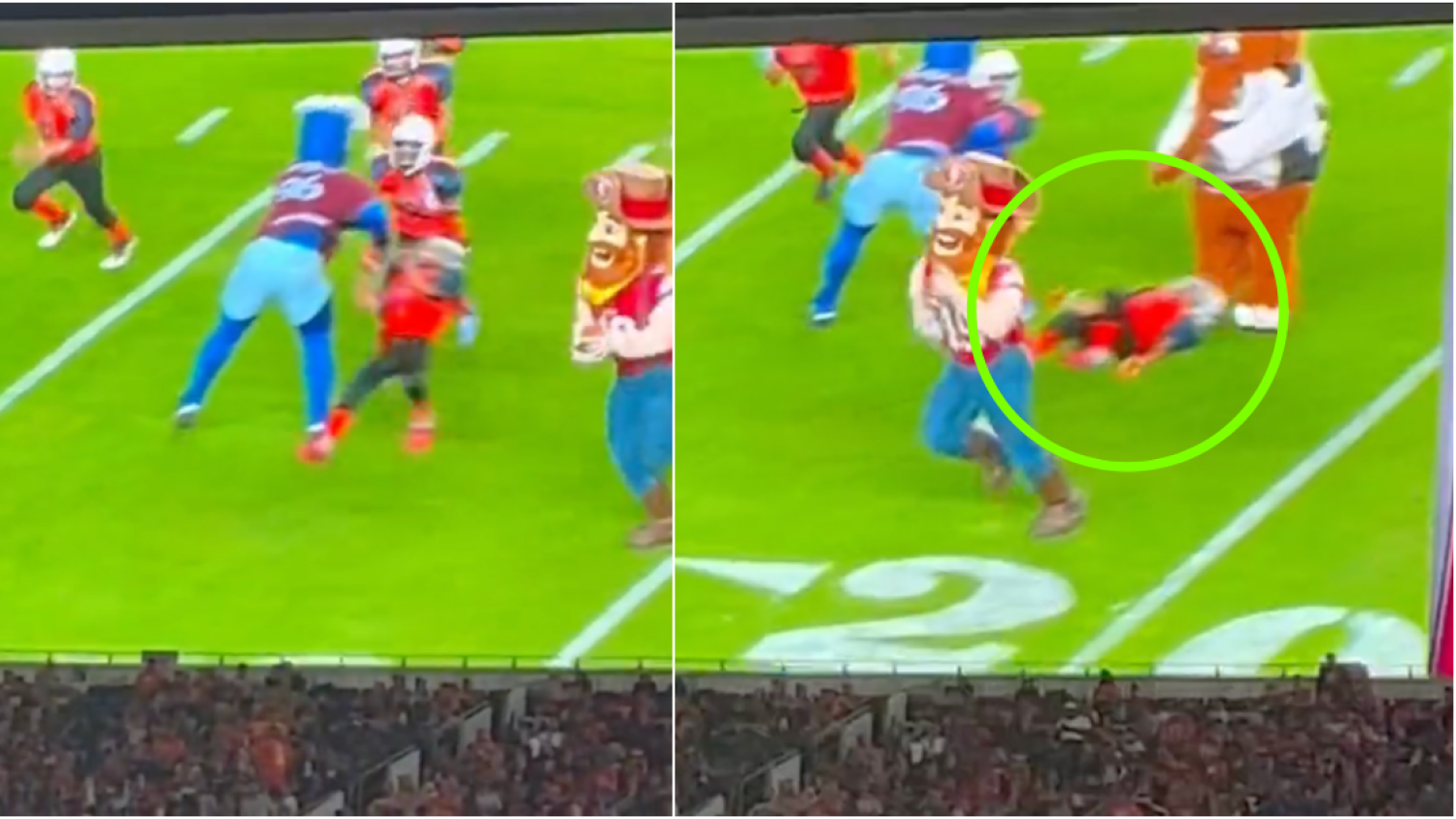 The Colorado Rapids suffered a humiliating 6-0 defeat to the Philadelphia Union on Saturday at Subaru Park. Maybe that explains a shocking piece of aggression from RapidMan halfway across the country back in Colorado, where the Rapids mascot laid out an unsuspecting child.

RapidMan, ranked No. 14 in our list of best soccer mascots in the world, debuted as Colorado’s first mascot back in 1996 but retired in 2007 for being a bit too weird. He was brought back in 2020, about a week before the Covid-19 pandemic shut the sports world down. Coincidence? I think not.

RapidMan was at Mile High Stadium on Saturday for the Denver Broncos’ preseason game against the Minnesota Vikings. You have to be a superfan whose life revolves around football to have any interest in preseason NFL games, so to keep fans around for the second half the Broncos put on a kids vs. mascots (American) football game at halftime.

During the exhibition of adults in oversized costumes against children — what could possibly go wrong? — RapidMan demolished a young kid. San Francisco 49ers mascot Sourdough Sam (who names these things?) took a reverse back toward RapidMan, who did his receiver duties by blocking the edge, where the poor peewee football player met his demise.

I think that’s the frontrunner for play of the year for the Colorado Rapids after Sam took the run to the house for a touchdown.

Let’s be clear here: This is a foul every day of the week — in soccer. In American football? Just another day at the park. But maybe get that kid tested for CTE early. You know what, test everyone who plays American football for CTE at this point, especially those who compete against mascots twice their size.

You suit up. No prisoners. Nuff said. Shit got real that night . . . pic.twitter.com/sM4pHZA4D6

Blooper must be stopped. pic.twitter.com/cccw1qXLGw

Don’t worry though. The halftime game was sponsored by the Children’s Hospital of Colorado, so presumably all those kids will get free healthcare for all the injuries suffered. Nah, you know I’m kidding; no one gets free healthcare in America!