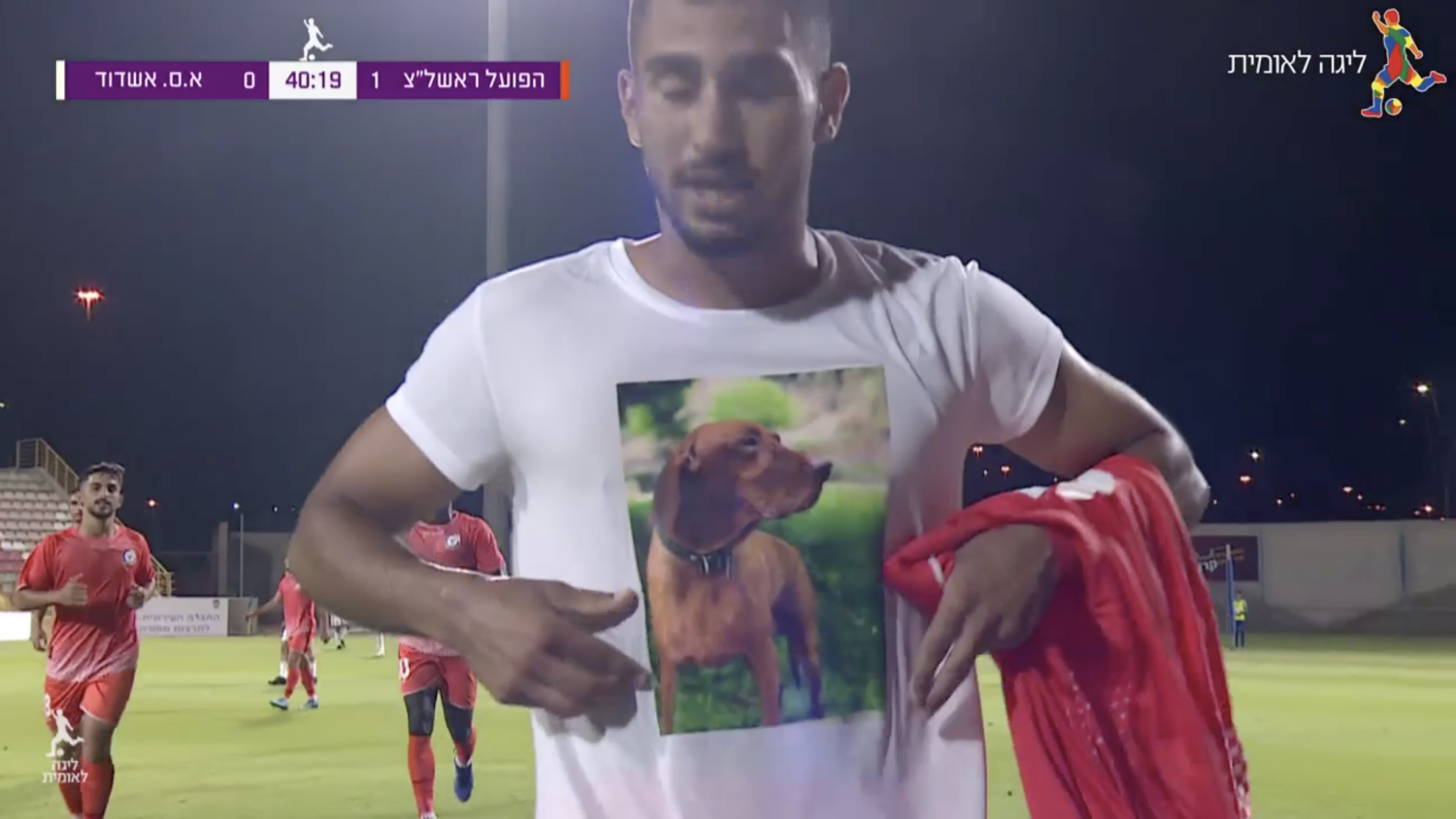 The good old ‘try not to cry’ challenge.
Streamable

Saying goodbye to a pet is one of the harder things to do on this planet. As many pet owners have experienced, it never gets any easier. That was the case for Israeli midfielder Ilay Tamam, who dedicated his goal on Monday to his dog that recently died.

To celebrate his goal, he took off his jersey to reveal a shirt with a photo of his pup printed on. Tamam couldn’t hold back the tears.

I must say I’m a little disappointed that the referee still handed Tamam a yellow card for taking his jersey off. I understand that rules are rules, but come on can’t we let this one slide?

Tamam’s team won the game 2-0, and his dog would’ve been proud of him.

Man, who is chopping all the onions in here?