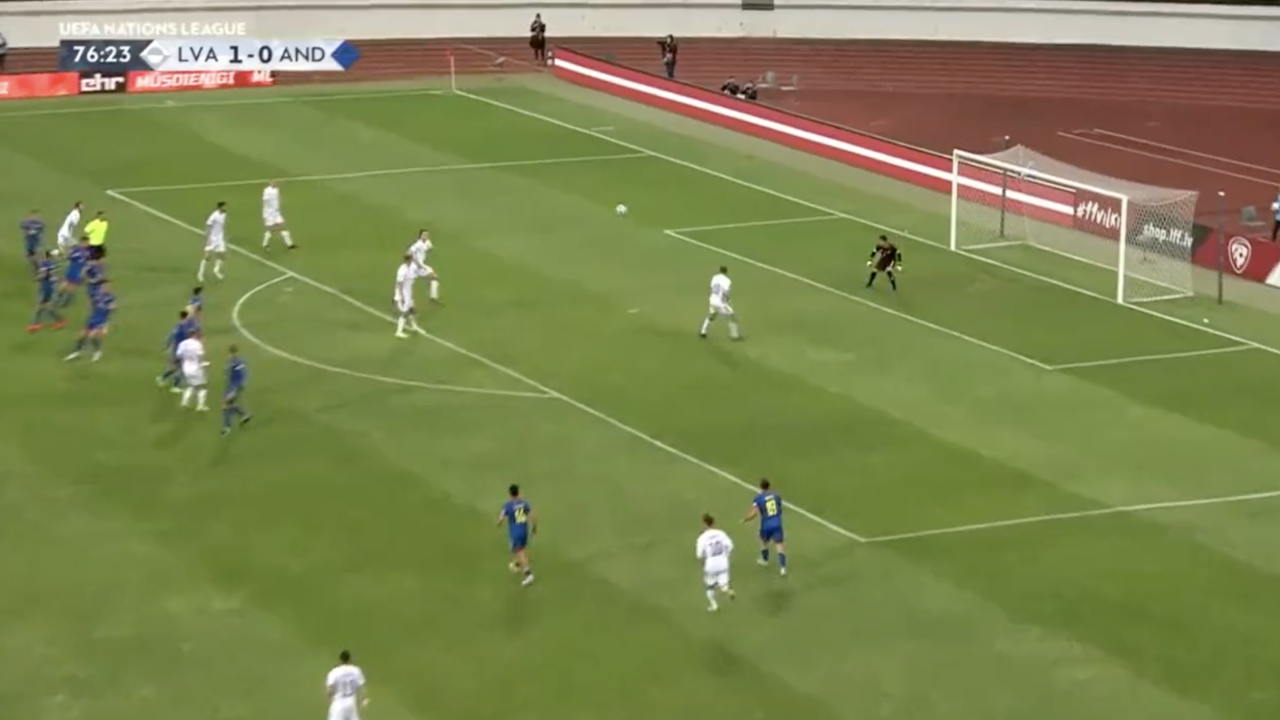 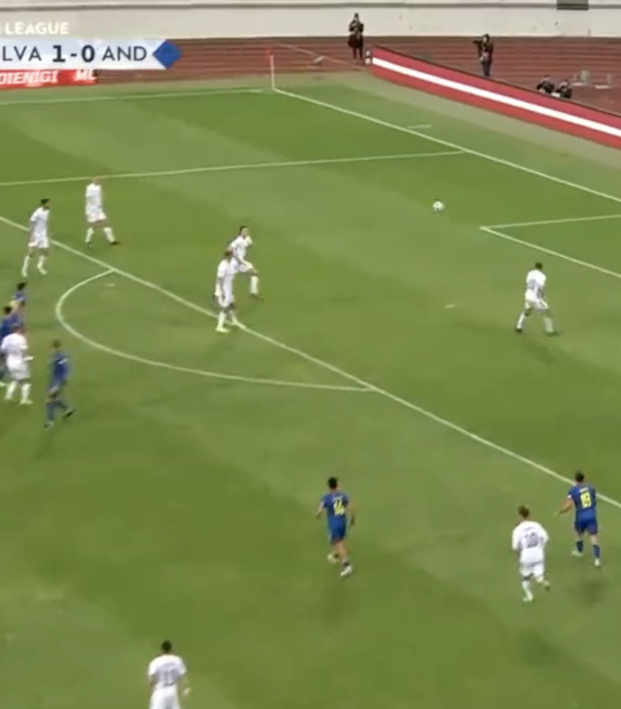 Offside Trap Fail! Andorra Gives Us A Tutorial On How NOT To Do An Offside Trap

The UEFA Nations League has plenty of haters, including some players who hate the tournament.

"The Nations League is unimportant in my eyes. Just glorified friendlies after a long and tough season. I am not looking forward to it."

I for one am a massive fan of the glorified friendlies cup as it gives us a chance to see some incredible stuff on the lower end of the league.

Andorra and Latvia faced off on Friday and the tiny nation between France and Spain (Andorra for any non-geography savvy readers) gave us a tutorial on why the offside trap is risky business. Andorra’s failed offside trap gave Latvia its second goal in a 3-0 defeat.

Latvia makes it a 2-0 match pic.twitter.com/ibLkdYiDnm

The play was reviewed, and the goal would stand despite initially being called offside. Back to the drawing board for Andorra.

If you want to see what a successful offside trap looks like, then check out what Japan did to Senegal in the 2018 World Cup.

This offside trap by Japan is the best I've ever seen pic.twitter.com/Uhp4V8XzJT

For any concerned Andorra fans out there, your team now sits bottom of League D Group 1 behind mighty teams like Liechtenstein, Moldova and Latvia.