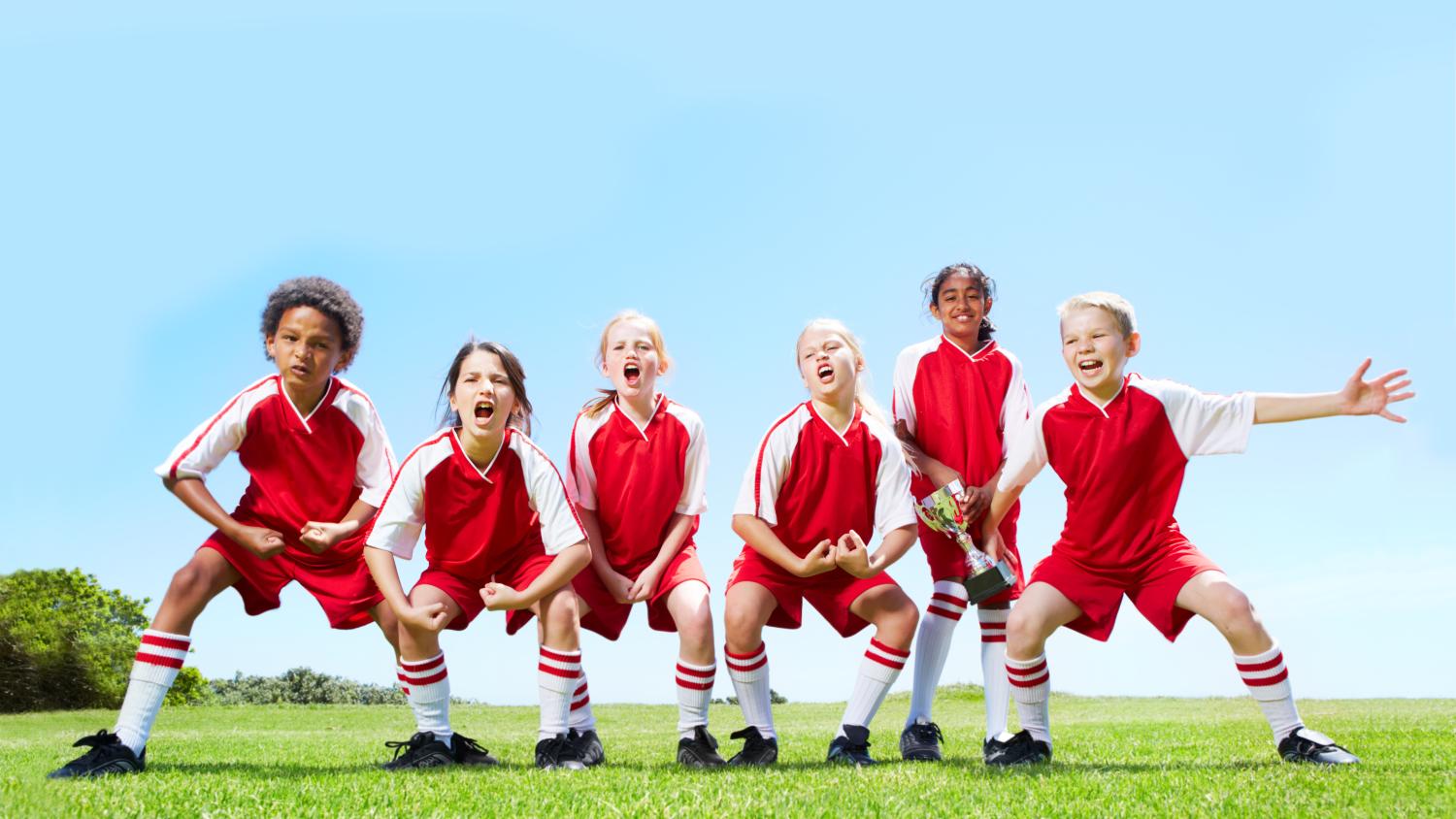 The beautiful game is made all the more beautiful when an entire team works together as one, much like how peanut butter works perfectly with jelly.
Shutterstock.com

What ingredients make a team great? Is it the best players? The best coaches? The best gear and training facilities? What makes a great team work is great teamwork, plain and simple.

No one player is going to win a game, let alone a championship, not even the fancy pants who paid $600 for his designer boots. More than any other sport, soccer requires every player on the pitch work together to accomplish a goal, whether it’s scoring a golazo, keeping a clean sheet or winning a trophy.

Peanut butter, the official sponsor of teamwork, knows a thing or two about great ingredients working together to achieve greatness. With that in mind, the National Peanut Board has come up with the 11 best ingredients that make up a great team.

11 Teammates That Make A Great Squad

Much like Walt Whitman’s renowned poem about Abraham Lincoln, teamwork starts with a captain. Unlike other sports in which a coach can call a timeout to discuss tactics, it’s all up to the players to figure it out for themselves during a soccer match. That makes the team captain vital to teamwork.

They might be annoying when you’re trying to get some shuteye on the bus, but the talker is vital to a team’s success, communicating with everyone throughout the match.

In soccer, it’s important to know where everyone is on the field, but spoiler alert: the human body can’t see 360 degrees. Talking on the pitch (not yelling, not whispering) keeps everyone together and ensures every player is on the same page. They’re also important when deciding what to eat after the game.

No, we’re not talking about the shouty gymnasts on the sidelines at football and basketball games screaming into megaphones, we’re referring to the teammate who is always motivating others, inspiring them to work harder whether it’s in training or during a match.

Every team needs a cheerleader to not only lift others up but to encourage the rest of the team to join in with a parade of positivity. No one wants to be yelled at, but a well-timed and well-intentioned reassurance can always do the trick.

Whether it’s installing a dynamic gegenpress, running intricately designed set pieces or just convincing 5-year-olds to stay in position, every team needs someone focused on the strategery of the beautiful game.

As the authority figure on a squad, teamwork starts with coaches. It’s on them to ensure everyone understands the importance of working together.

We all understand coaches are important and the players are the ones on the field, but no great team goes without great snacks. The person in charge of snacks — before, during and after games — is, in our hungry opinion, the most important person on the team.

Despite the cliché, orange slices do not make the best halftime snack — there’s no teamwork going on there. What teams need at halftime is peanut butter on apples, trail mix with the perfect peanut-raisin-chocolate chip ratio or, one of our personal favorites, ants on a log (fill a celery stick with peanut butter, top with raisins, admire the cuteness and devour, what’s not to love?).

No one wants to be the butt of a nutty joke, but an entertainer with appropriate timing keeps things lighthearted during tough training sessions or after conceding a goal. There’s nothing like having a laugh at a low moment to recharge and prepare for what’s next, especially when your defender’s face just scored an own goal.

Plus, comedians keep things fun when not playing soccer, improving team morale and chemistry, so long as the jokes aren’t at anyone’s expense. Unless it’s at this next person’s expense, then it’s totally fine to make fun of them.

Let’s be honest, it takes a special type of person to want to and be capable of ensuring the team’s finances are all in order. Whether it’s a professional club, youth team or amateur indoor squad, there’s money that’s got to change hands.

A great team needs someone who can make sure everyone is paying their dues on time, pay for those aforementioned snacks and tally the bill when it’s time for a pizza party at the end of the season. Whether or not you’re great with money, we can all appreciate the person who keeps track of the coinage for the team.

All hail the savior with the biggest car, be it a roomy sedan, beefy SUV or the all-star of the carpool lane, the minivan. These heroes get everyone to training or matches on time with the added bonus of helping the environment.

On the flip side, the carpooler can be a hated figure. Just when you think the other team doesn’t have enough players and will have to forfeit, a big van rolls up with six more folks and the match is back on.

When’s the next match? What time is practice? Which jersey are we wearing today? Half the team has no clue, but the organizer knows all.

The role of a manager is never to be underestimated, ensuring everyone is in the right place at the right time wearing the right things. An organizer can be a player, a coach or a family member, but they’re always on the ball when it comes to keeping everyone in the loop, whether it’s a rescheduled match or a practice canceled by rain.

No team can win without players on the field. It’s up to athletic trainers to keep everyone fit and healthy.

Every team needs a second in command. Just as the players on the pitch work together, so too do the head coach and his assistants.

An assistant coach can give players someone to talk to when the head coach isn’t available, suggest new ideas and, most importantly, tell the head coach when his ideas are awful.