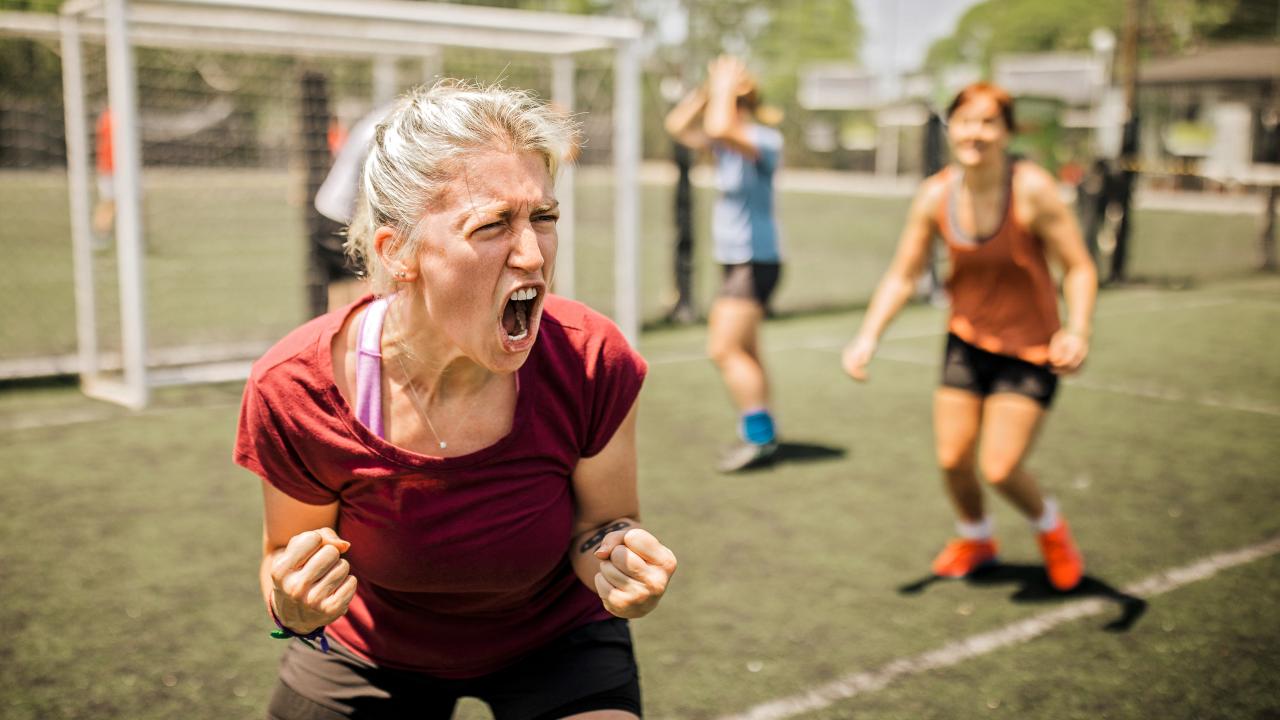 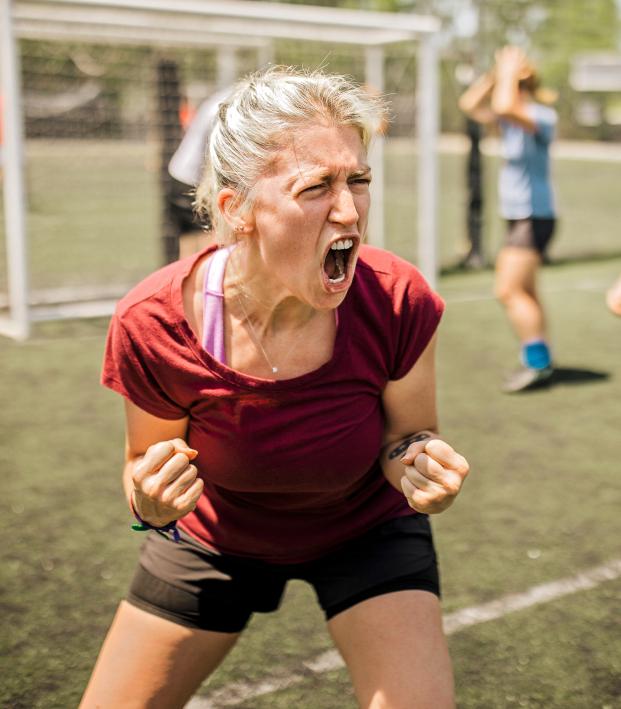 What Unites Us All? Passion For Soccer And Love For PB&Js

No game brings people together from around the world like soccer, just like no sandwich is able to unify our global taste buds quite like a PB&J. Millions will find joy in watching the competition in Japan, just like tens of millions enjoy peanuts for their versatility, taste and nutritional value.

To celebrate the teams that are competing for the highest honor on the women’s side of the tournament, we’re teaming up with the National Peanut Board to examine each country’s passion for the game and love of peanuts.

Good Taste: Looking At The World’s Love For Soccer And Peanuts

Nuts About The Game: Japan is a soccer-mad country where only baseball trumps it for popularity. The national soccer association played its first international back in 1930, so the country has a long and illustrious history with the beautiful game. Japan’s women were declared world champions in 2011, a triumph that united the country directly following the Tōhoku earthquake and tsunami that devastated East Japan.

A Nuts Fact: Japan has an influential history with snacking. Japanese immigrant Yoshigei Nakatani, who arrived in Mexico in 1932, is credited with creating cracker nuts — peanuts coated with toasted wheat flour and soy sauce.

Nuts About The Game: If you’re Brazilian, it’s the first question you’ll get asked: “So how good are you at soccer?”

The English might’ve invented the sport, but Brazilians perfected it. The canary yellow shirts of the national team are synonymous with both a beautiful style of play (joga bonito!) and a penchant for overwhelming success. The men are five-time world champions, while the women are South America’s premier side and led by a six-time world player of the year.

A Nuts Fact: Brazil is the second largest peanut producer and exporter in Latin America, and it’s believed that the peanut plant originated in either Brazil or Peru. Paçoca is a beloved traditional Brazilian treat made of peanuts, sugar and salt that’s sold in supermarkets and candy shops across the nation.

Nuts About The Game: Despite the popularity of rugby and cricket on the island, New Zealand has a passion for soccer and has been a consistent presence on the world’s stage. The men (“All Whites”) had a famous showing in South Africa in 2010, while the women (“Football Ferns”) have qualified for the last four showpiece events.

A Nuts Fact: New Zealand is famous for its sweet potato production (“kūmara”), but there’s a big push to move into peanut growing as peanuts act as a restorative crop in rotation and could prove highly complimentary.

Nuts About The Game: The undisputed home of soccer. There’s no domestic league on planet Earth that can match the reach, popularity and influence of England’s top division, and the women’s league is now attempting to replicate that success. The passion for the sport around Great Britain sees stadiums take on the qualities of a cathedral — fans go to these places for worship, not just to take in a game of soccer.

A Nuts Fact: Peanuts are a staple of “pub grub” up and down the country. Nothing pairs better.

Nuts About The Game: Despite the country’s modest size and population, the Netherlands is a hotbed of soccer excellence in both action and thought. On the pitch, the “Brilliant Orange” have reached the finals of both the men’s and women’s biggest tournaments, while the women became champions of Europe in 2017. Off the pitch, many legendary Dutch managers and soccer minds have been championed for their ground-breaking thinking in tactics and coaching philosophy.

A Nuts Fact: Because of the vast reach of the Dutch colonial empire, peanuts — particularly from Indonesia — have long been a staple of the nation’s collective munchies.

Nuts About The Game: With roots going back to the 1870s, soccer is the most popular sport in Sweden. The nation frequently punches above its weight at the international level, reaching the men’s world final in 1958 and winning third-place in 1994. The women have had even more success of late, taking home second in Rio de Janeiro before finishing third at the last world championship.

A Nuts Fact: “Jordnöt” is how you say “peanut” in Swedish.

Nuts About The Game: Few nations in world soccer are on the come up quite like Canada. Hosting 2015’s biggest international tournament (and reaching the quarterfinals) created an explosion for the women’s game, while there’s also been an impressive youth movement with professional teams in Vancouver, Toronto and Montreal leading the charge.

There are actually more registered soccer players than hockey players in Canada, so the growth trend is set to continue far into the future.

A Nuts Fact: There are two peanut farmers in Canada, and the largest is situated in Vittoria, a tiny hamlet in Southern Ontario that doubles as “the peanut capital of Canada.”

Nuts About The Game: With the best women’s team on the planet, an emerging men’s squad and domestic leagues that are constantly growing and attracting increased interest around the globe, it’s safe to say that soccer has established itself as an American pastime.

The women’s side will be one of the biggest attractions in Japan, with all eyes on the performances of the nation’s immense stable of all-stars. With that comes the pressure of expectation, but that comes with the territory of being the world’s No. 1 ranked team.

A Nuts Fact: Beginning as a small commercial crop in Virginia, peanut popularity in America has grown in fascinating ways: circus wagons (“hot roasted peanuts!”), the Union taking a liking to them during the Civil War and Dr. John Harvey Kellogg’s (yes, that Kellogg) invention of a version of peanut butter in 1895.

Nuts About The Game: Currently ranked 104th in the world and with no previous major tournament experience, the Copper Queens approach Tokyo as the ultimate underdog. When the team qualified back in March, it was done in front of a sold-out crowd in Lusaka, showing just how much the country has enjoyed the fairytale journey.

A Nuts Fact: Peanuts are the second largest crop in the country, after corn. Raw peanut powder is used in many Zambian foods, including bala lotendela (a type of porridge) and mpunga wotendela (a rice dish).

Nuts About The Game: The Matildas are a top-10 team and have always been in the knockout stages of major international tournaments over the last 15 years, but they’re desperate to take the next step and reach the final of a competition — especially since they’ll be co-hosting the world championship in 2023!

A Nuts Fact: Australia has been growing peanuts since the 1860s, and most are grown in the state of Queensland in the northeastern part of the country.

Nuts About The Game: The world’s 15th-ranked team has come close to glory, finishing second at a couple major international tournaments, but has yet to take the final step. The squad has three players with over 100 international appearances — showing how much experience and quality the team has — and they’re always only a few good performances away from being backed by 1.398 billion people!

A Nuts Fact: Portuguese traders and American missionaries brought varieties of peanuts to China during the 17th, 18th and 19th centuries, and now the country is by far and away the world’s largest producer. The nation’s populace loves it as well — peanut oil is a hugely popular ingredient in Chinese cuisine.

Nuts About The Game: Chile took a massive step forward in reaching its first major global tournament in 2019, and now La Roja Femenina is continuing that progress in the Far East. After over 15 years spent in the shadows of Chile’s soccer scene, this current women’s team has proven an inspirational and transformative group.

A Nuts Fact: Chile accounts for 11% of the world nut trade.