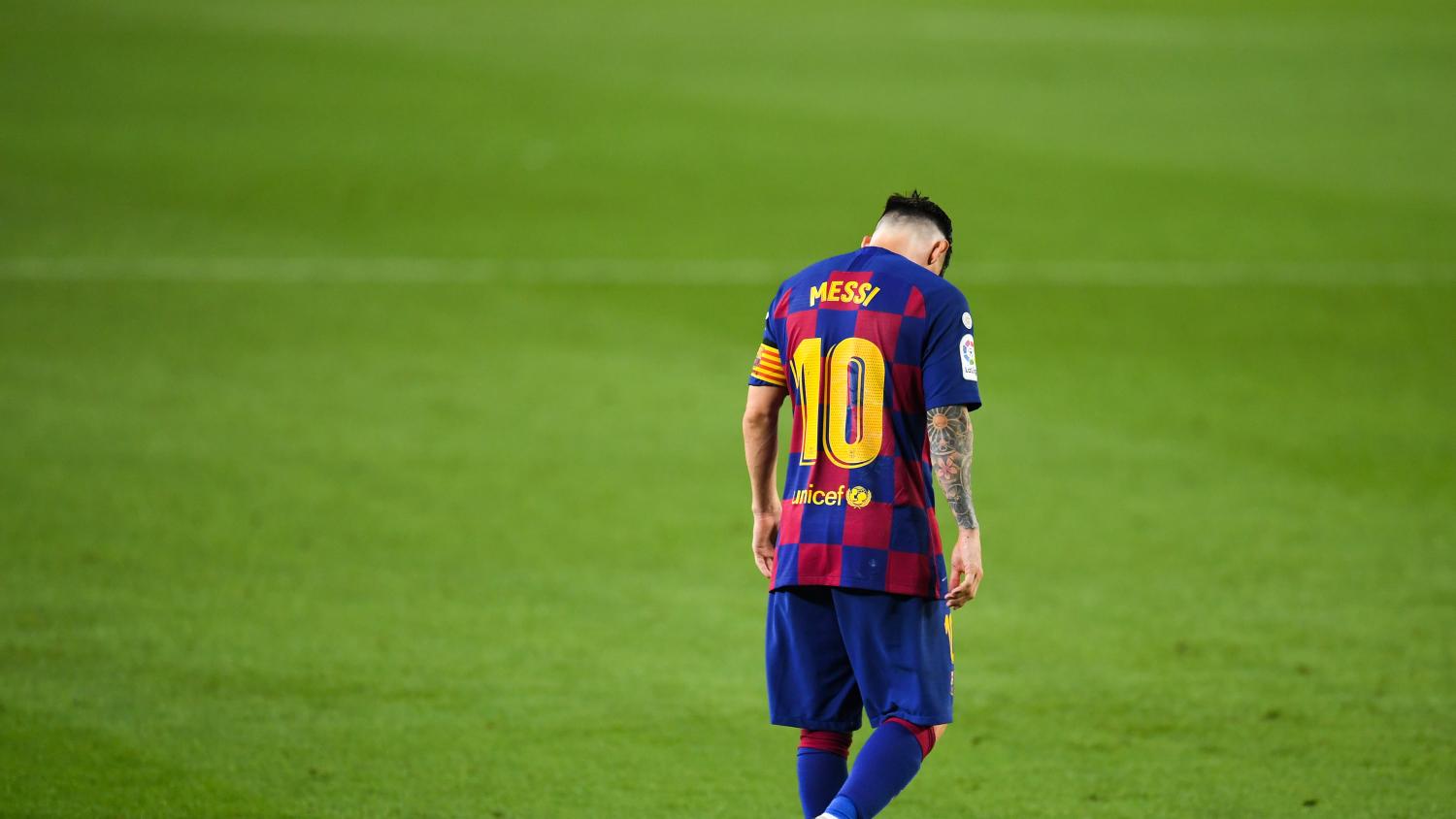 Reports out of Spain this week have suggested Lionel Messi is done with Barcelona. Upset over contract negotiations and a sputtering title challenge, Spanish radio network Cadena Ser has reported the Argentine is ready to leave the only club he’s ever known as a professional.

Lionel Messi is ready to leave Barcelona in 2021, according to reports.

Sources confirmed to @moillorens that Messi is angry about leaked media reports and frustrated about the squad's lack of quality: https://t.co/kPB5p7HEJe pic.twitter.com/MnskCiqleE

Any report about Messi and contracts should be taken with a grain of salt. Based on previous contract negotiations, it’s likely a power play meant to force Barcelona to bend to his will — and if there’s any man in football who deserves to have his demands met, it’s Messi. (I can name at least 28 women in that category off the top of my head.)

Then again, this is 2020, a time when a pandemic rages unabated, racial tensions are intentionally stoked by bigoted politicians and voter suppression runs rampant. Maybe Messi really is ready to finally move on from the city he moved to in 2001 at the age of 13.

Let’s be real, where else could Messi go? Manchester City would throw insane amounts of cash at Messi, but money has never been the Argentine’s primary motivator. Juventus could try to get him to link up with Ronaldo, but I’m pretty sure such a move would cause the world to explode. Messi has nothing left to prove in Europe; he’s won everything there is to win on the continent. The only move that makes sense is to Asia or the U.S.

Lionel Messi’s current contract runs through 2021, the end of next season by which time he’ll be 34 years old. That summer he’ll compete in what could be his final Copa America, so why not stay in the Americas and sign with Major League Soccer?

He’s already shown an affinity for David Beckham, being one of the first to congratulate the former Real Madrid midfielder on his MLS club.

So Messi is definitely coming to MLS, and you heard it here first.

Unless he doesn’t, in which case we were totally joking, obviously.