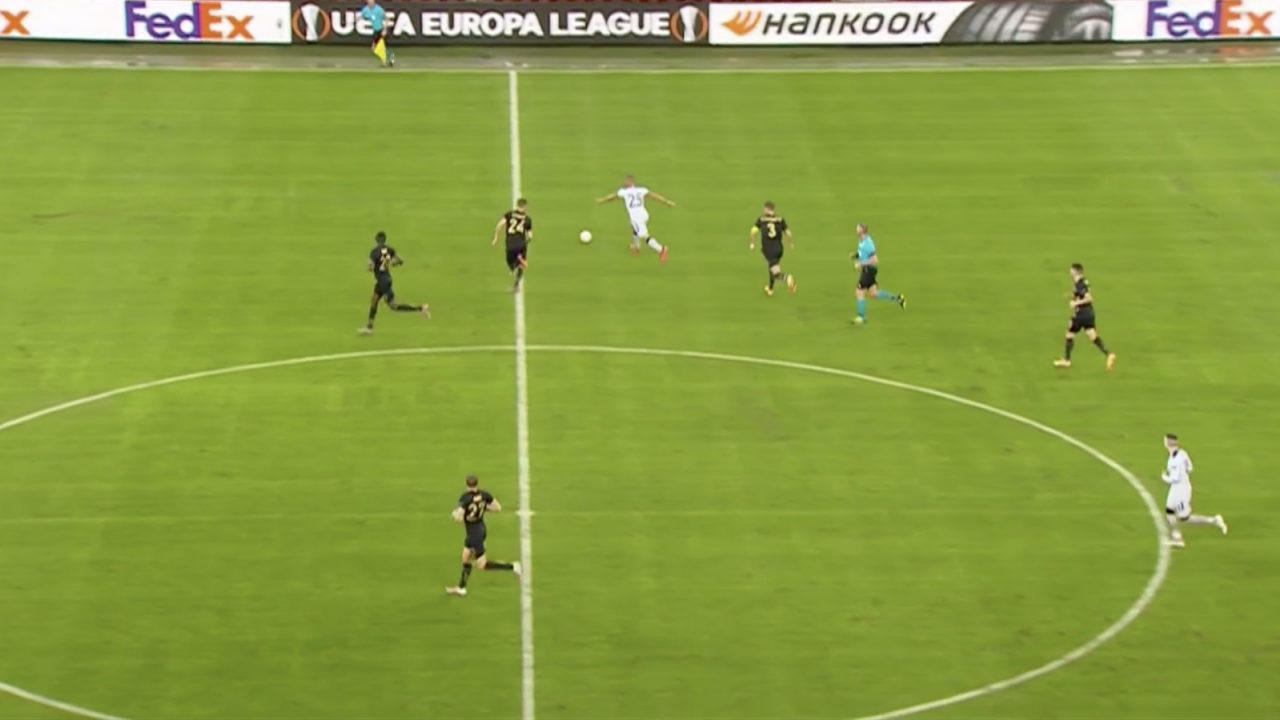 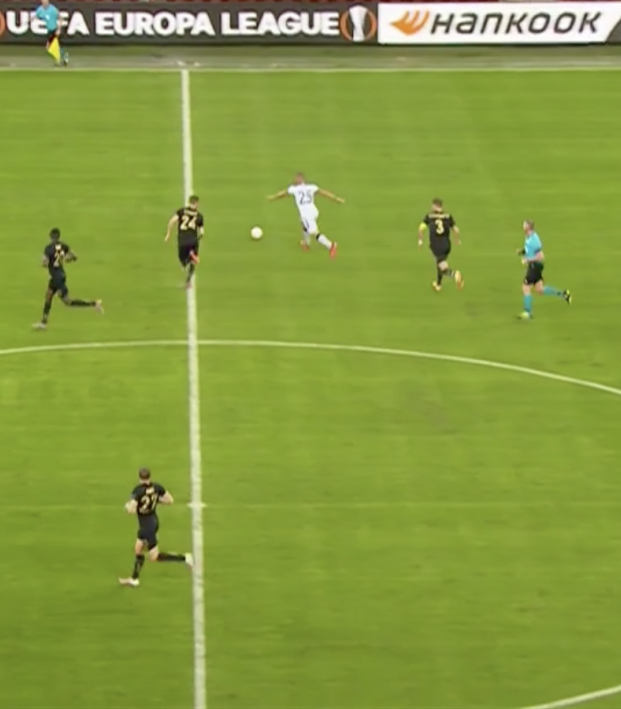 Rangers Just Claimed The Europa League Goal Of The Season

Rangers isn’t playing around in this edition of the Europa League. After getting bounced out last season in the Round of 16, the Scottish giants returned to the tournament on Thursday with a bang.

Rangers opened up Europa League group stage play against Belgium’s Standard Liége. After converting a penalty kick in the 19th minute of the game, one would assume that the Scottish club would hold on to the 1-0 lead. The score line seemed all but certain until Rangers’ Kemar Roofe made everyone’s jaw drop with a terrific goal to double the lead in extra time.

Goodness gracious, that is one of the most amazing goals ever scored. Not only does Roofe evade three Standard Liége players in his own half, he then has the audacity to pull the trigger all the way from Scotland. The Belgian fans in attendance could only gasp as the ball sailed over the goalkeeper and bounded into the net.

Last season Roofe played for Standard Liége’s league rival Anderlecht. After scoring for Rangers, he was cheeky enough to flash the letter A goal celebration to his former rival’s fans to remind them of Anderlecht. You can write down teams starting with the letter A as another reason players create the letter A with their fingers after scoring a goal.

Roofe and Rangers still have plenty of work to do in the group stage with opposition like Benfica and Lech Poznan. Even if Rangers fails to progress through to the knockout round, they at least can say they scored the goal of the tournament.