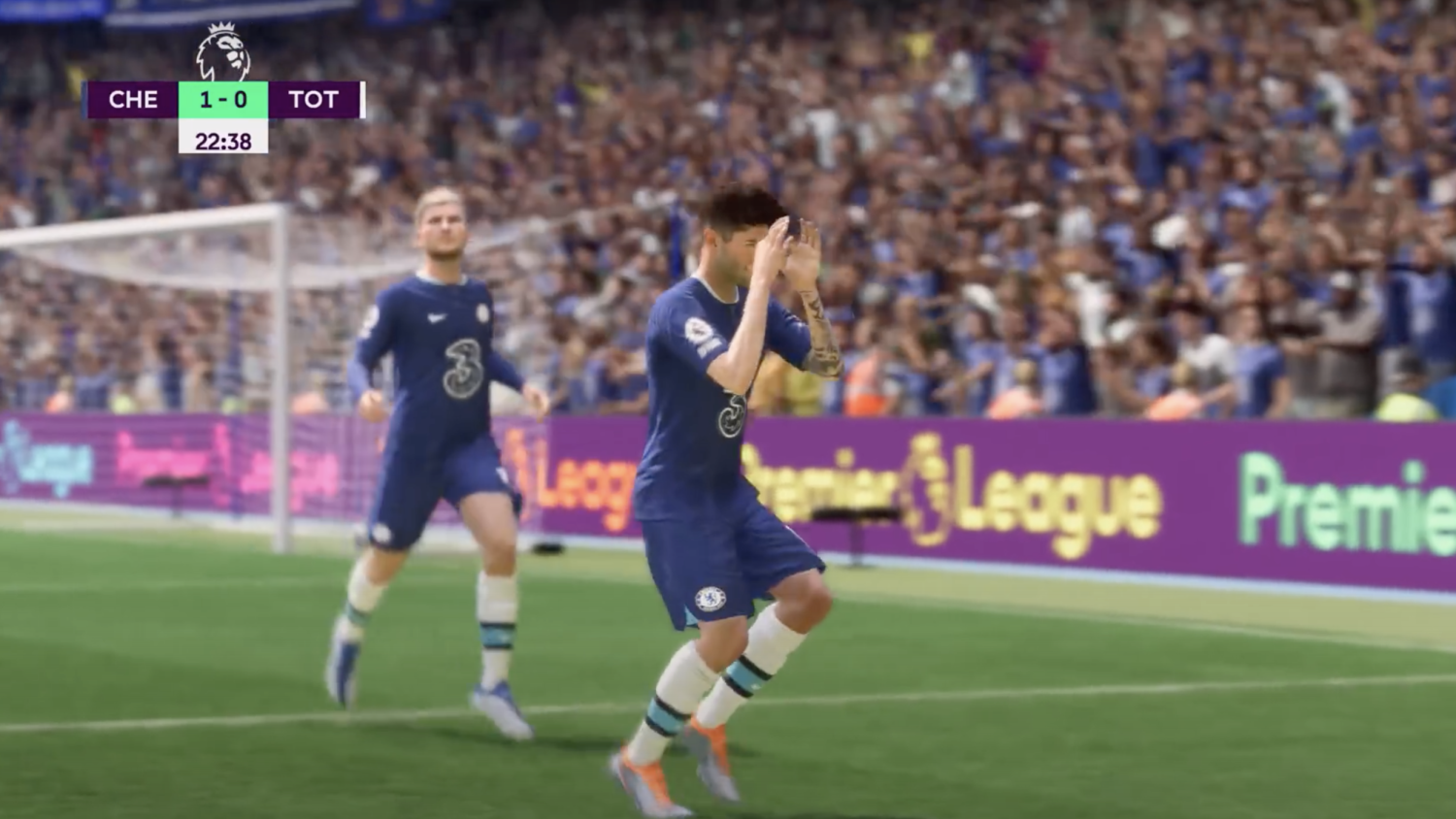 And we thought the game was supposed to be realistic.
EA SPORTS FIFA | YouTube

EA Sports revealed a new FIFA 23 trailer on Friday that explained what is new in this edition of the game in terms of match-day experience. This will be the last time the video game series will be named ‘FIFA’, so EA Sports went all out with the realism.

The seven-minute trailer has content and game creators explain various additions and changes in FIFA 23. The people at EA have been listening closely to fans of the game and have gone on to deliver exactly what the people have been asking for. That’s right everyone, now when Kylian Mbappé slides on his knees the grass remains ripped up during the game. Wow!

My biggest complaint with the trailer is that they have the Christian Pulisic griddy celebration as an option for his celebration. That man can’t hit the griddy to save his life.

The other features in the new trailer are all pretty hit or miss for this writer, personally. I think the addition of female referees is a nice touch of inclusion. Other than that, I couldn’t really care less about if the shadows look more accurate or if the net swishes a little more after a goal.

I don’t want to diss on any of the creators because I know an incredible amount of effort goes into the game, but I don’t find myself gripping my seat if the crowd celebrates differently than they did in FIFA 22. Also, a horse sound? Really?

Judging from the internet the fans don’t seem too thrilled either.

Once again, dreadful. EA do you even realise when showing off these trailers you’re actually showing all the FLAWS in the game? Defensive lines are SO deep… GKs are awful, they save nothing & just fall to the floor for most shots. But who cares when you have horse sounds ‍♂️

It doesn’t have to look good, it has to be good

Thank god you fixed the visuals I was worried you were focusing on fixing the gameplay..

FIFA 23 releases for everyone at the end of September. For more on FIFA 23, including the latest on a World Cup mode, click here.