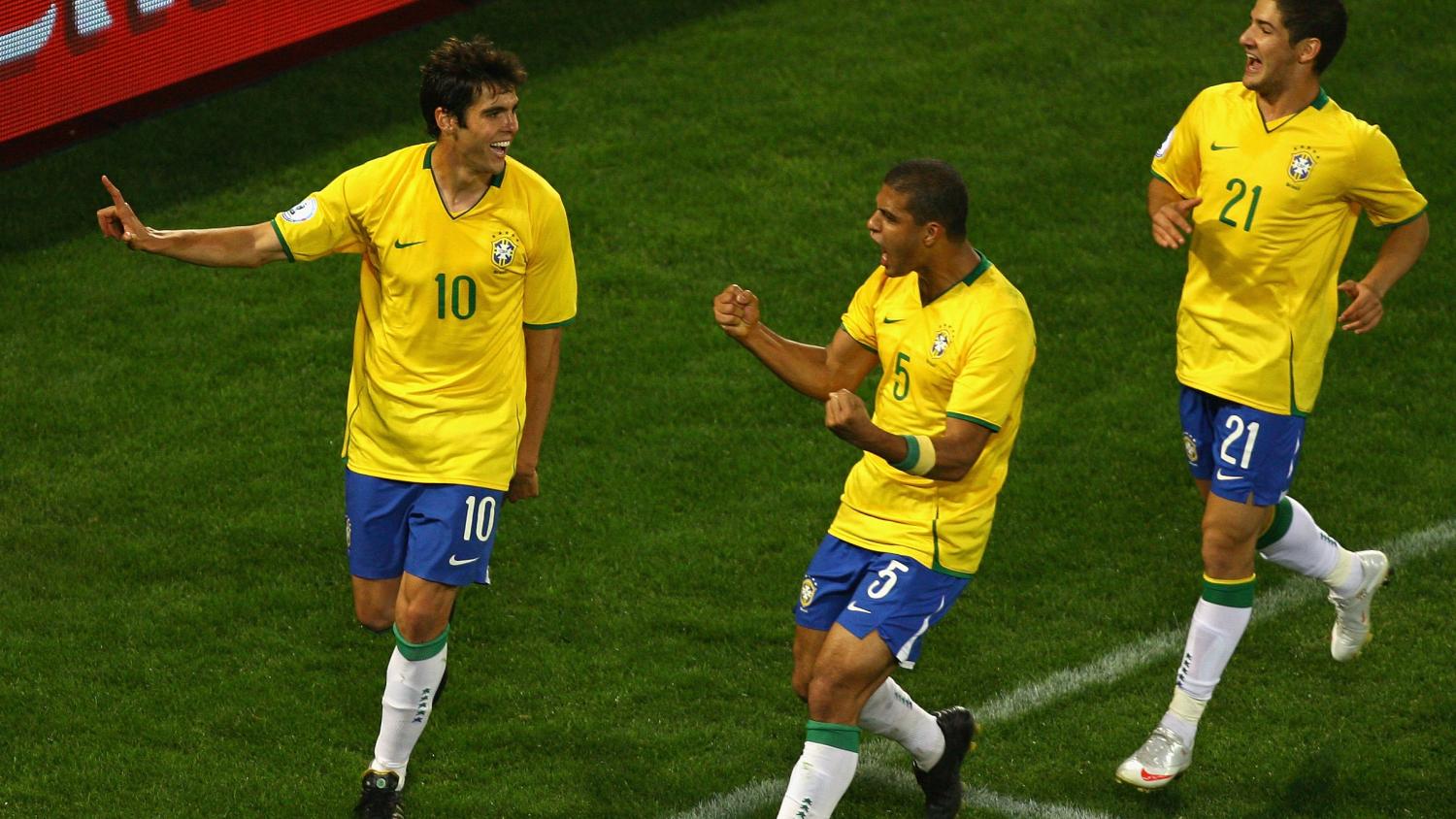 Brazil famously defeated Argentina in Rosario back in 2009 with Messi held off the scoresheet.
Getty Images

Felipe Melo, who’s still going strong for Palmeiras at the age of 36, has revealed what it took to stop Lionel Messi back in his days of anchoring Brazil’s midfield.

Between 2009 and 2010 — when Melo was at the height of his power with Juventus — the hard-tackling “Pitbull” represented the Seleção 22 times and came up against Messi’s Argentina during 2010 World Cup qualifying.

With Diego Maradona in charge of an erratic Albiceleste campaign, Brazil traveled to the Gigante in Rosario with the tantalizing opportunity of securing World Cup qualification on the soil of its eternal rivals.

Argentina, meanwhile, hadn’t lost a World Cup qualifier at home in 16 years, but that record was about to come crashing down. Speaking with Brazilian newspaper Clarín, Melo revealed how Brazil went about stopping Messi.

“He’s a unique player,” Melo said. “When Brazil played against him we used to say ‘we have to kick him once each, we have to rotate.’ If we didn’t, it was too difficult to mark him. We didn’t want to break him, just to cut his rhythm and to disturb him — it was tactical.”

In the opening 45 minutes, Brazil collected four bookings (Lúcio, Kaká, Luisão and Luís Fabiano) but raced to a 2-0 lead as Argentina struggled mightily to defend two set pieces (again, this was the time of Maradona).

Excerpt from The Guardian's live coverage of the match.

Jesús Dátolo would pull one back for Argentina with an absolute thunderbastard in the 65th minute, but the game was over when Kaká beautifully supplied Luís Fabiano for Brazil's third only three minutes later.

And it wouldn’t have been an interview concerning Messi without a bit of the Great Debate, so what does Melo think of Messi vs. Ronaldo?

“Messi is incredible, more so than Cristiano Ronaldo. Cristiano can score five goals for you, but Messi can score those five and then make his teammates score as well. He’s more complete.”

Kind of surprising coming from a Brazilian who spent two seasons with Juventus.