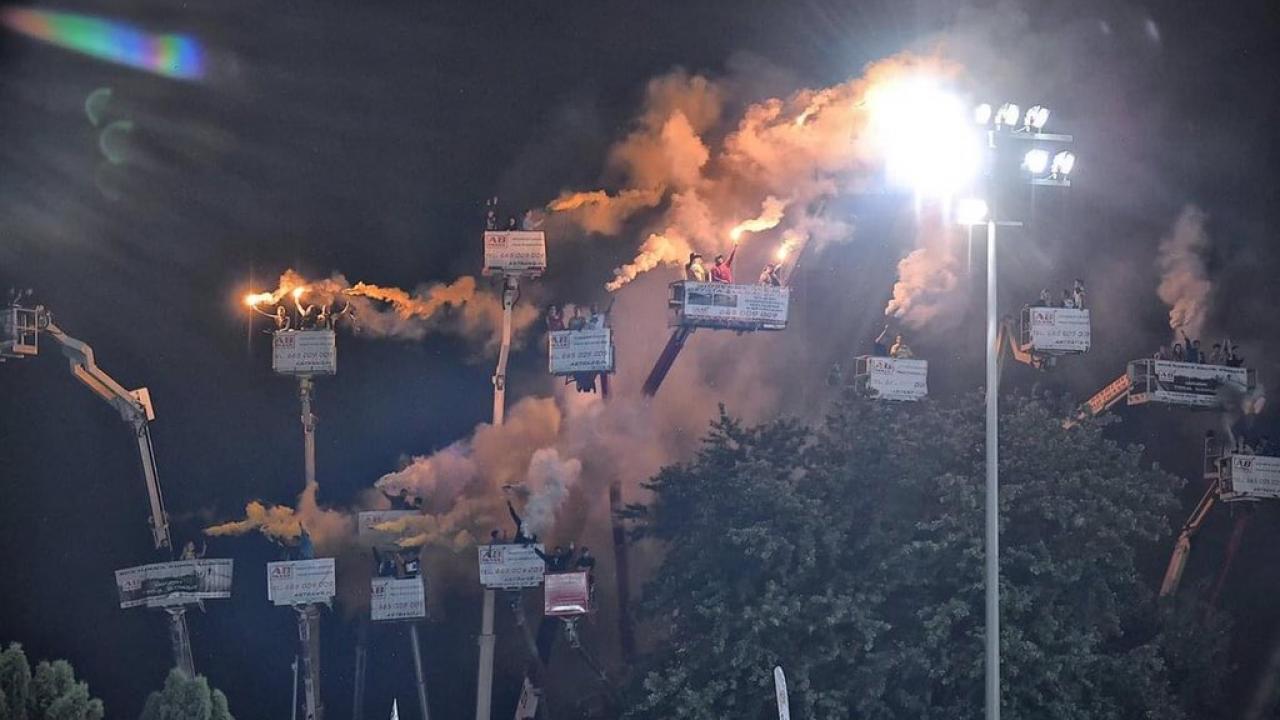 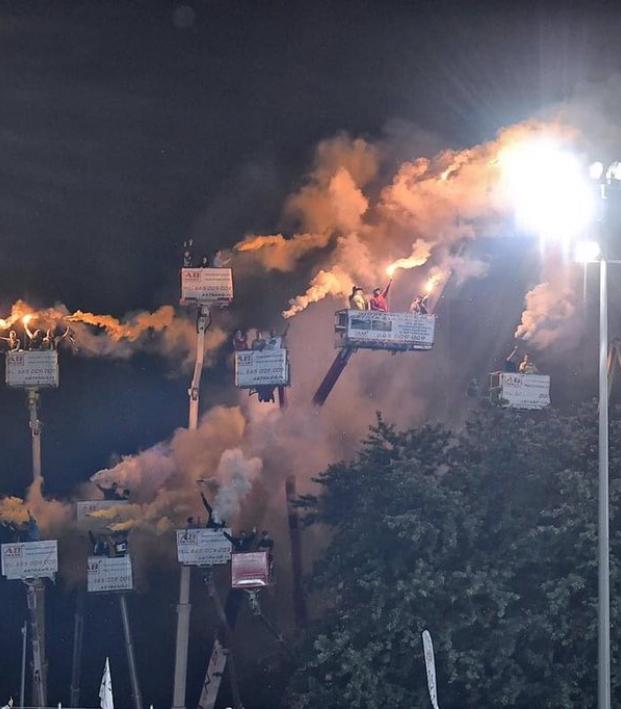 The Best Places To Watch Matches In The ‘New Normal’

There was a time when the absence of live sport in our lives was an unbearable gulf that could only be bridged by the athletic prowess of good boys Olive and Mabel. At The18, we spent hours crafting articles of Search Engine Optimization to answer “when will soccer return?” and we didn’t do it just for you — we did it for ourselves.

But by the time the last Premier League ball had been kicked in anger and — you’ll be shocked to hear this — the four richest clubs in England had fulfilled their self-perpetuating cycle by qualifying for the Champions League, you could be forgiven for feeling somewhat disillusioned by Juventus’ ninth straight Scudetto or Bayern Munich’s eighth straight Deutsche Fußballmeisterschaft.

This has been the strangest of seasons, but also the most impersonal. After all, what’s driving the action isn’t our insatiable, god-given desire to see who punches a ticket to the Europa League second qualifying round, it’s the fulfillment of TV contracts.

The idea of a football club is that the supporter supersedes the fleeting employees and custodians that are the players, managers and owners. The club, at its very essence, acknowledges and creates meaning from the symbiosis of its own entity with the expression of human nature generated by local support.

Without supporters, the product of fandom is lost. This product is incredibly powerful — just look at the amount of Americans that become fans of the EPL and a certain club due to the matchday energy.

This alienation is compounded by the TV broadcast, in which the design of the product is wholly determined not by the traditional producer (the match-going fans and the atmosphere they create), but by the suits and executives who create a product shaped to the taste of yielding maximum profit (matches every day, in every conceivable time slot = ratings).

Football without fans might not be entirely meaningless, but the non-linear narrative of something like the MLS Is Back Tournament (these games count for regular season points, these games don’t, this game earns you $1.1 million split amongst 30+ people) does enough to make you think as much.

But there are some that’ve gone to extreme lengths to return to what they love (while still recognizing the fact we’re in the midst of a global pandemic). Here are some of the most creative routes fans have taken to avoid watching all these damn commercials that show people having the time of their lives on Zoom.

Best Places To Watch Matches In The ‘New Normal’

Fans of Pompey rented a flatbed truck, purchased pallets and watched from outside the stadium. There are certainly Final Destination vibes here — falling and getting impaled through the sphincter by a splinter of wood is a terrible way to go — but nobody got hurt. 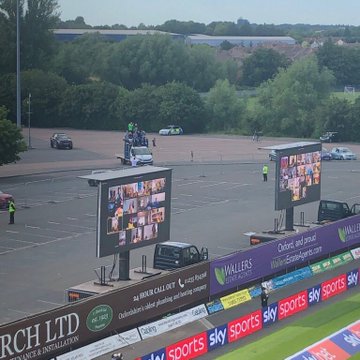 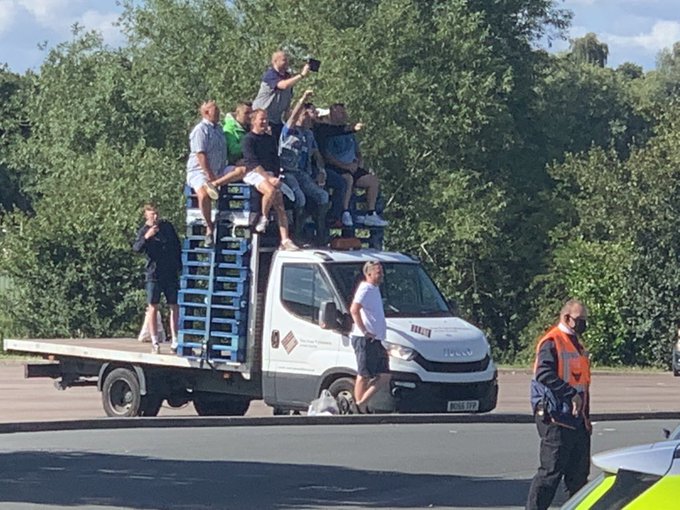 This has always been a special feature of the Ipurua — like the apartment stands overlooking Chicago’s Wrigley Field — but the two flats that tower over Eibar’s Ipurua were especially handy when LaLiga returned. 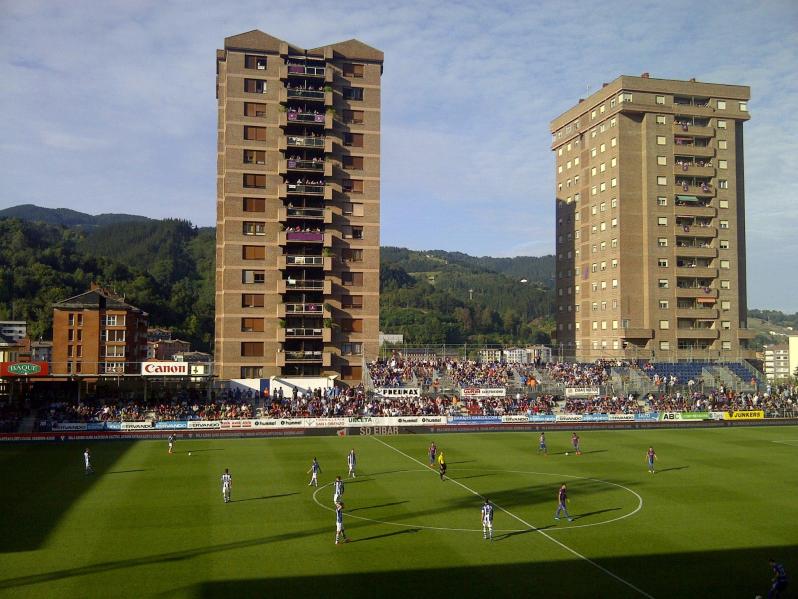 (This is an older photo.)

These Polish supporters rented a bunch of cranes and of course they brought the pyrotechnics. 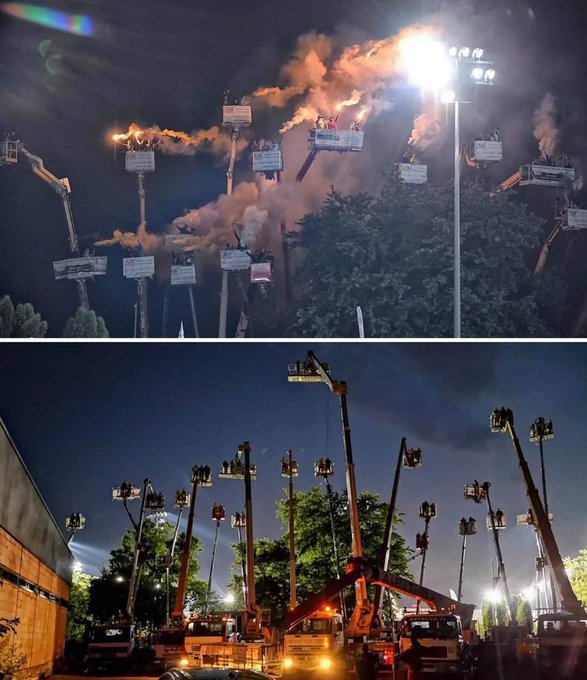 St. Louis FC, playing in the USL Championship, opened its stadium at 23 percent capacity and the supporters’ section turned up with masks and social distancing in effect. 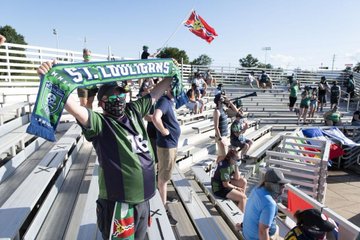 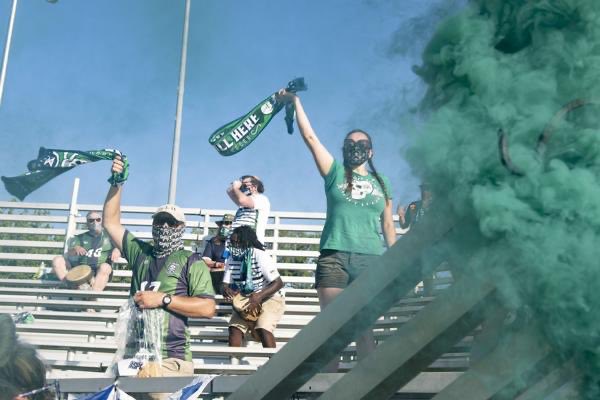 The Modern Man. He’s got his iPad, cans and bottle of wine. He’s happy, right? Right? 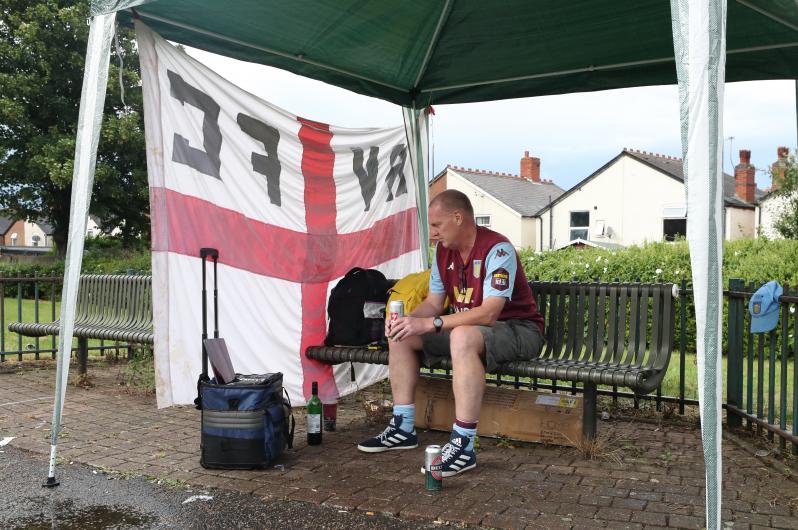 We knew that bringing the drive-in theater experience to soccer was the way to go, and the Revs showed why. 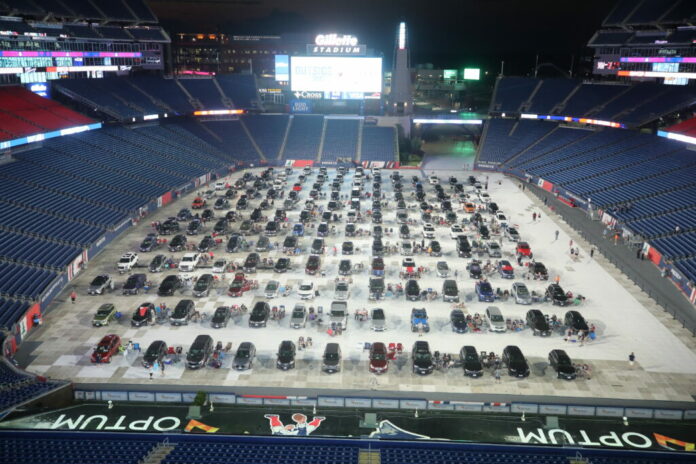 The NWSL Challenge Cup marked the return of team sports to America, and the playground was the pop-off spot. 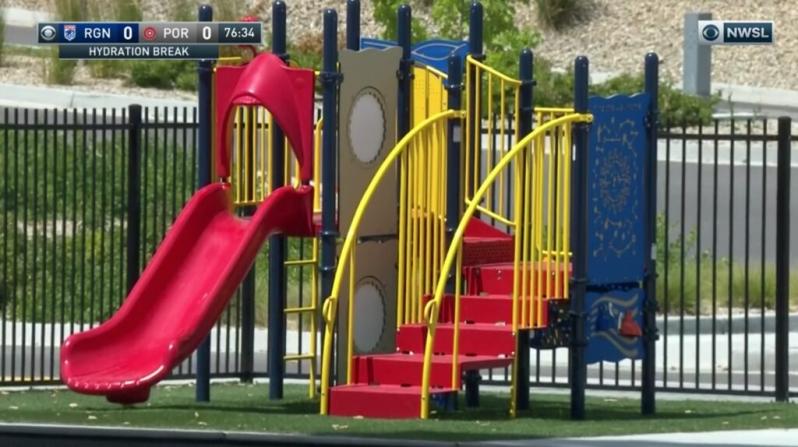 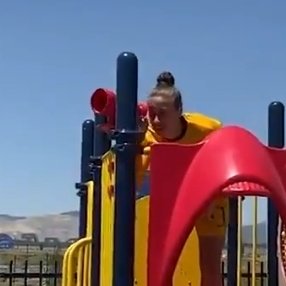 No one’s gotten closer to the action than these cockroaches at Mazatlán’s new “Kraken” stadium (yes, they beat Seattle’s new NHL team to it).