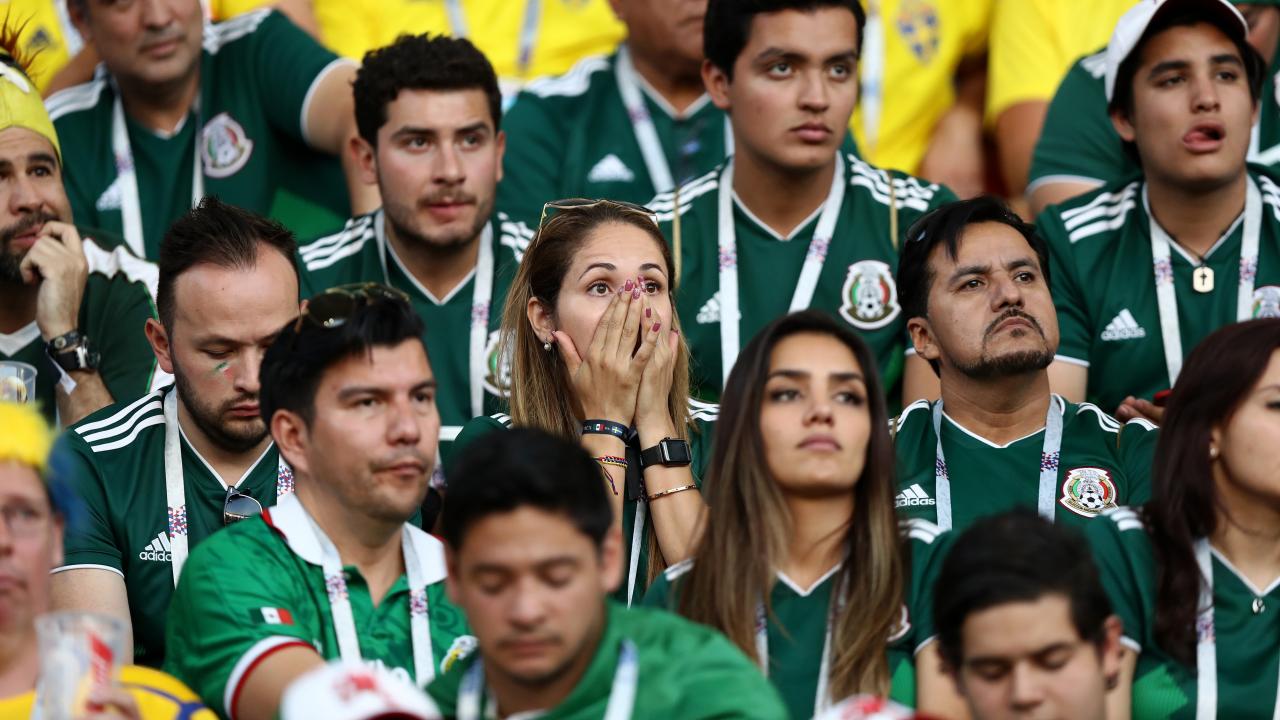 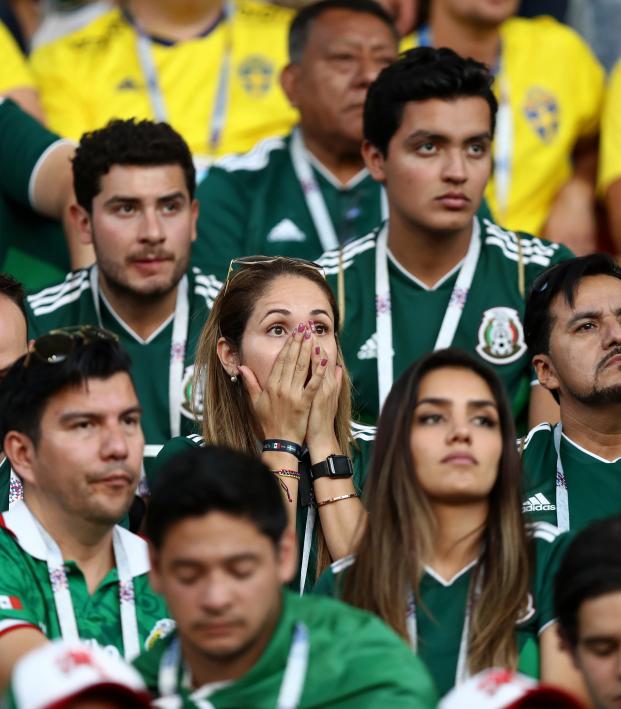 Fans Will Return To Stadiums Eventually, But Will We Ever See Them Again (On TV)?

Watching the USWNT play Colombia in a pair of friendlies last week, I was struck by two things. First: Catarina Macario is the real deal. Second: We may never see fans at sporting events again.

Now, I’m not saying fans won’t be back in stadiums. Spectators have ebbed and flowed with the various waves of the Covid-19 pandemic, from a strict no-fan policy to stadiums filled at lower capacity. Eventually, assuming everyone keeps wearing masks and gets vaccinated, humanity will beat the virus and venues will be able to operate at full capacity as some sense of normalcy resumes.

But we might not see the fans when they return, at least in leagues that prefer profits over spectacle.

Whether it’s the color and pageantry of a World Cup match or the intensity and scrutiny of a relegation scrap, fans have always been a vital part of a soccer broadcast. That disappeared when Covid-19 shut the sports world down and soccer returned without spectators.

Since soccer resumed over the summer, clubs, leagues and broadcasters have used a combination of effects to avoid showing empty stadiums. Serie A has used computer-animated tifos covering the seats during intros and outros. LaLiga put awful crowd animations in the background. Most venues have placed large banners over at least the lower-level seats.

As supporters slowly return to stadiums, TV broadcasters must decide how to show venues with just a smattering of fans. In the recent USWNT friendlies, for which Exploria Stadium was filled at just under 10 percent capacity, the broadcasters chose to not show the fans at all. Instead, both FS1 and ESPN2 placed advertising graphics over the seats, covering the small number of fans who were watching in person. 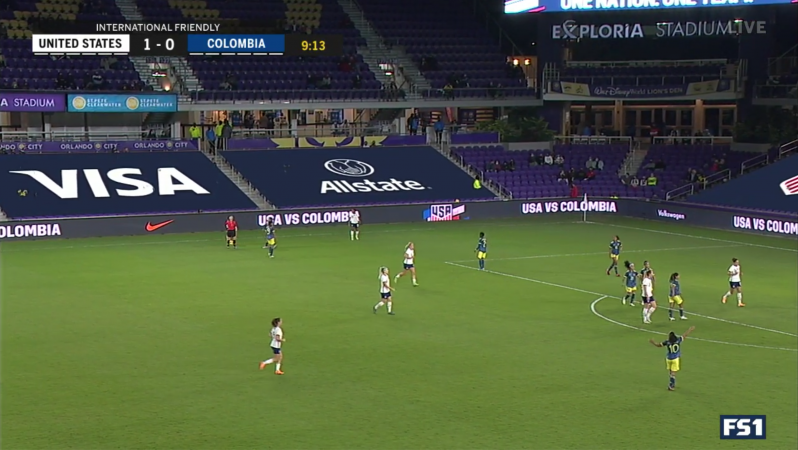 Aside from initially obscuring the view of some of the players (after halftime of the first match, the graphics were shifted up to avoid covering the heads of players on the far side of the pitch), the graphics almost completely concealed any sign of fans at Exploria Stadium. (A few brightly colored individuals poked through the graphic, creating an odd look, and the corners weren’t covered.)

We saw similar advertising graphics in use during the MLS Is Back Tournament over the summer. With matches played in venues without stands, ESPN and Fox Sports (via MLS) displayed sponsors on the far side of the pitch for all of the matches, sponsors that changed based on who was playing. There was even an adidas logo superimposed onto the middle of the pitch. 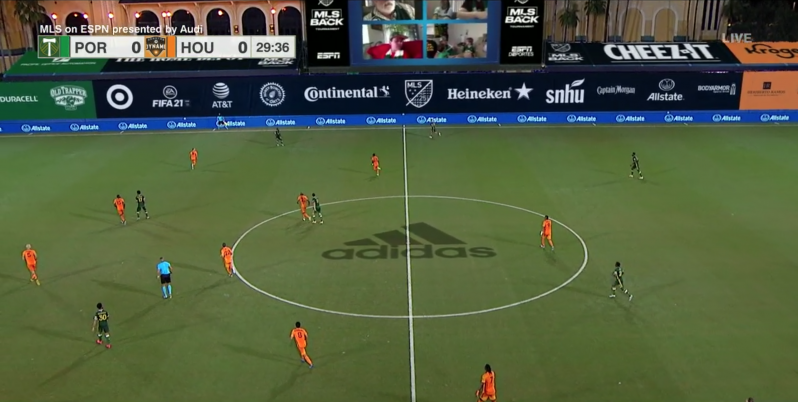 Computer-animated ads in the background and on the pitch. Screenshot: ESPN.

The recent decision from U.S. Soccer to cover actual fans has us wondering if we’ll ever actually see fans in stadiums again.

When fans do return, what’s to stop greedy leagues (which is to say: all leagues) from deciding they don’t need supporters on TV when they can sell prime advertising real estate? We’ve already got advertisements all around the pitch — some of which can cause serious harm to players — and sponsors cover everything from uniforms to press conferences. Fans could be next.

Some will say this is blasphemous, and indeed I suspect most leagues will be happy to show fans when they are back filling stadiums to capacity. But many will decide money is more important than spectacle, especially with decreased revenues from lost ticket sales.

Lovers of football will hope supporters can return to stadiums sooner rather than later. Everyone hates the fake crowd noise many broadcasters have employed; empty arenas are almost as hard to watch.

Never underestimate greed in professional sports. Where there’s a buck to be made, there’s someone willing to destroy a norm to make it, which could mean we never see fans in stadiums again.