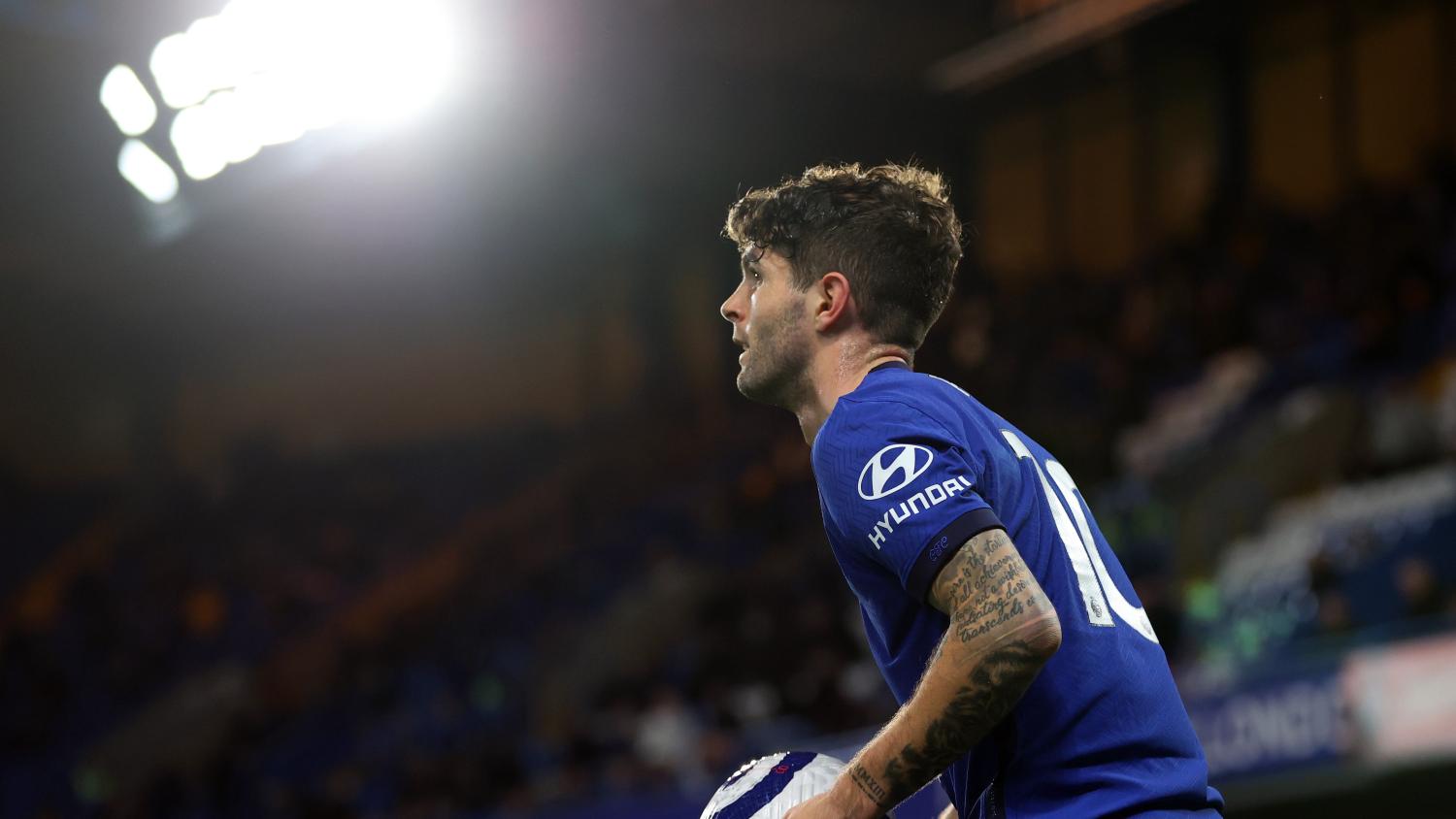 NBC’s eight-year grip on the U.S., English-language TV rights to the Premier League may be at an end. Who ends up with the next big rights package remains to be seen, but one of the biggest players in American sports broadcasting has entered the fray.

ESPN confirmed it has placed a bid for the rights to broadcast the English Premier League in the U.S. on Tuesday, saying soccer is very much a part of its plans for ESPN+ moving forward.

BREAKING: ESPN has confirmed it has placed a major bid for U.S. rights to the Premier League.

“Soccer has been really a tentpole for ESPN+ from the very first day,” said Burke Magnus, the ESPN president of programming and original content and a man whose name sounds like he was born into a senior-level position. “That and UFC have been the two categories that we have ‘sunk our teeth into’ from the beginning.

“(The Premier League rights) haven’t been available until now. So, we ran our process. We did it with discipline. We’ll see (what happens). (We’ve had) good conversations. We hope we understand what they were looking for as part of the process. And (I’m) excited to see where it goes.”

That ESPN is bidding for the Premier League rights isn’t a surprise. NBC’s current rights deal ends at in May 2022, and all the big players are expected to make a bid, including NBC, ESPN, Fox and CBS.

Bids for the next rights package — which will run from the 2022-23 season to the 2027-28 season — were due on Monday, and it’s expected the league will vote on Thursday at the EPL’s shareholder meeting, according to World Soccer Talk.

I don’t think I’m alone when saying I’ve enjoyed NBC’s eight-year run broadcasting the Premier League. Led by Rebecca Lowe, the coverage has been smart and never condescending, as European soccer coverage often was a decade ago.

However, with NBC choosing to shutter NBCSN — an announcement in January that reportedly surprised the Premier League — the door has been opened for others to take the mantle. NBC has been putting more and more EPL on its Peacock streaming service and announced recently it will shift coverage to the USA Network. The Premier League may not appreciate how NBC has put more and more soccer behind a paywall.

That said, ESPN has made it clear the ESPN+ streaming service is a major part of its plan for the Premier League. ESPN has recently obtained rights to the Bundesliga, Serie A (though that’s now in CBS’s hands) and LaLiga. Rarely did ESPN show those matches on its cable networks, instead putting all but a small handful of matches on ESPN+.

While I think ESPN+ is the best value in soccer streaming — even if they do keep hiking up the price, which will no doubt continue if Premier League rights are purchased — the Worldwide Leader hasn’t exactly come out to say how much EPL it would put on the likes of ESPN, ESPN2 and ESPNews. Given the popularity of the English league compared to those in Germany, Italy and Spain (at least now that Lionel Messi and Cristiano Ronaldo are gone), it would make sense for ESPN to put more matches on cable, but I wouldn’t put my money on it.

We’ve yet to hear confirmations of bids from CBS and Fox, though it would be more surprising if they didn’t turn in bids. CBS has been snapping up soccer rights all over the world, from the Champions League and Serie A to Concacaf World Cup qualifying and the Brazilian Brasileiro. Just this week, CBS won the rights to the FA Women’s Super League, nabbing them from NBC. Though CBS has put far too many of its matches behind the Paramount+ streaming service paywall for my liking, its coverage has been absolutely superb, with Kate Abdo leading the way.

Fox has stayed out of the bidding for most soccer leagues recently, instead focusing on international properties like the World Cup and Copa América after losing the rights to the Champions League. But Fox could choose to regain the Premier League rights after once being synonymous with European soccer on U.S. cable channels some 20 years ago.

Personally, I hope whoever wins the Premier League TV rights puts enough of the big matches on cable TV to appease all the casual fans who won’t watch otherwise, while giving the hardcore fans plenty of extra coverage on streaming.