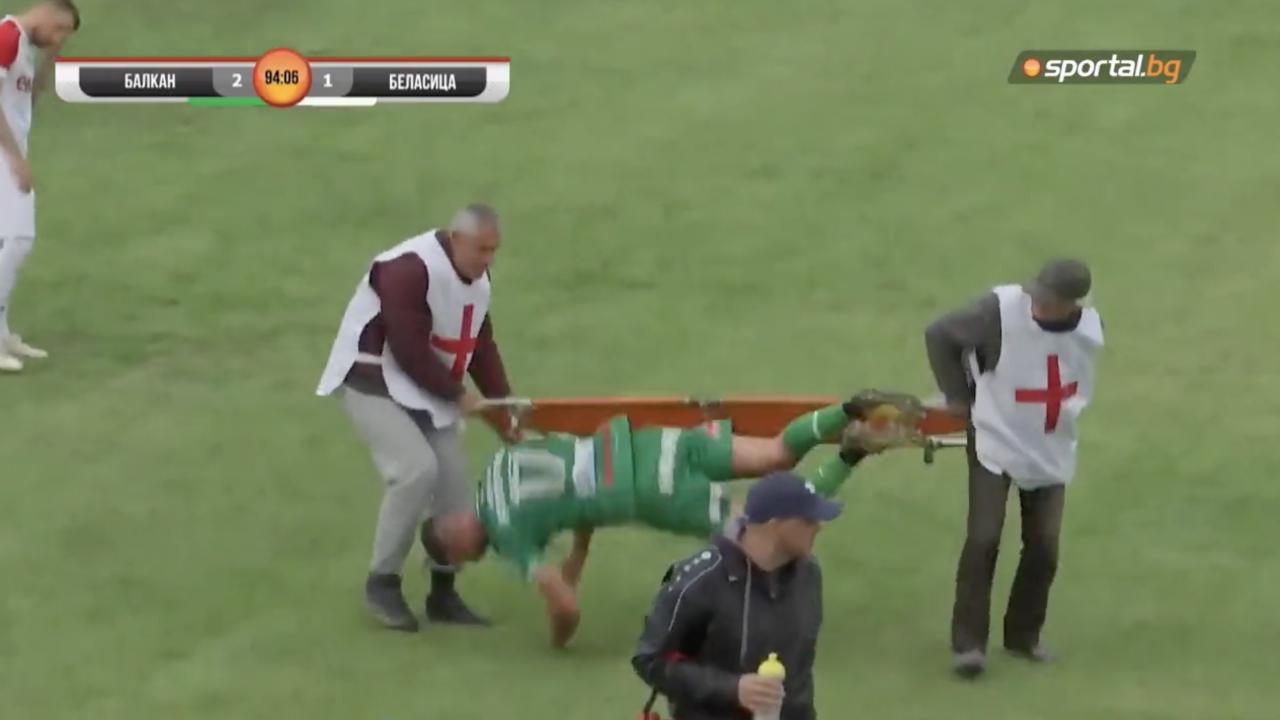 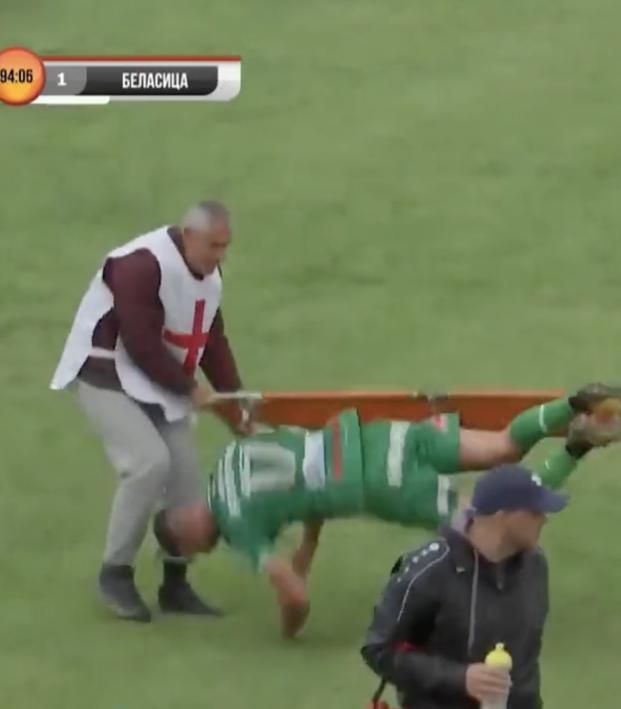 Man Down: Epic Stretcher Fail In Bulgaria Gets Worse And Worse

Win at all costs. Even if you're playing for Balkan Botevgrad in the South-West division of Bulgaria's Third Amateur League, the mantra doesn't change.

Even if you're entirely safe from relegation and not chasing promotion, which is the current scenario for Balkan Botevgrad, you've got to have the garra charrua inside you.

Thirty-two-year-old Yordan Apostolov (Transfermarkt value: $28K) did what every wily veteran does in this situation — he got on the stretcher to eat away at the dying seconds. What happened next was less predictable.

Balkan Botevgrad got the three points to move into fifth place in the amateur league, so great job Yordan Apostolov. Totally worth it.