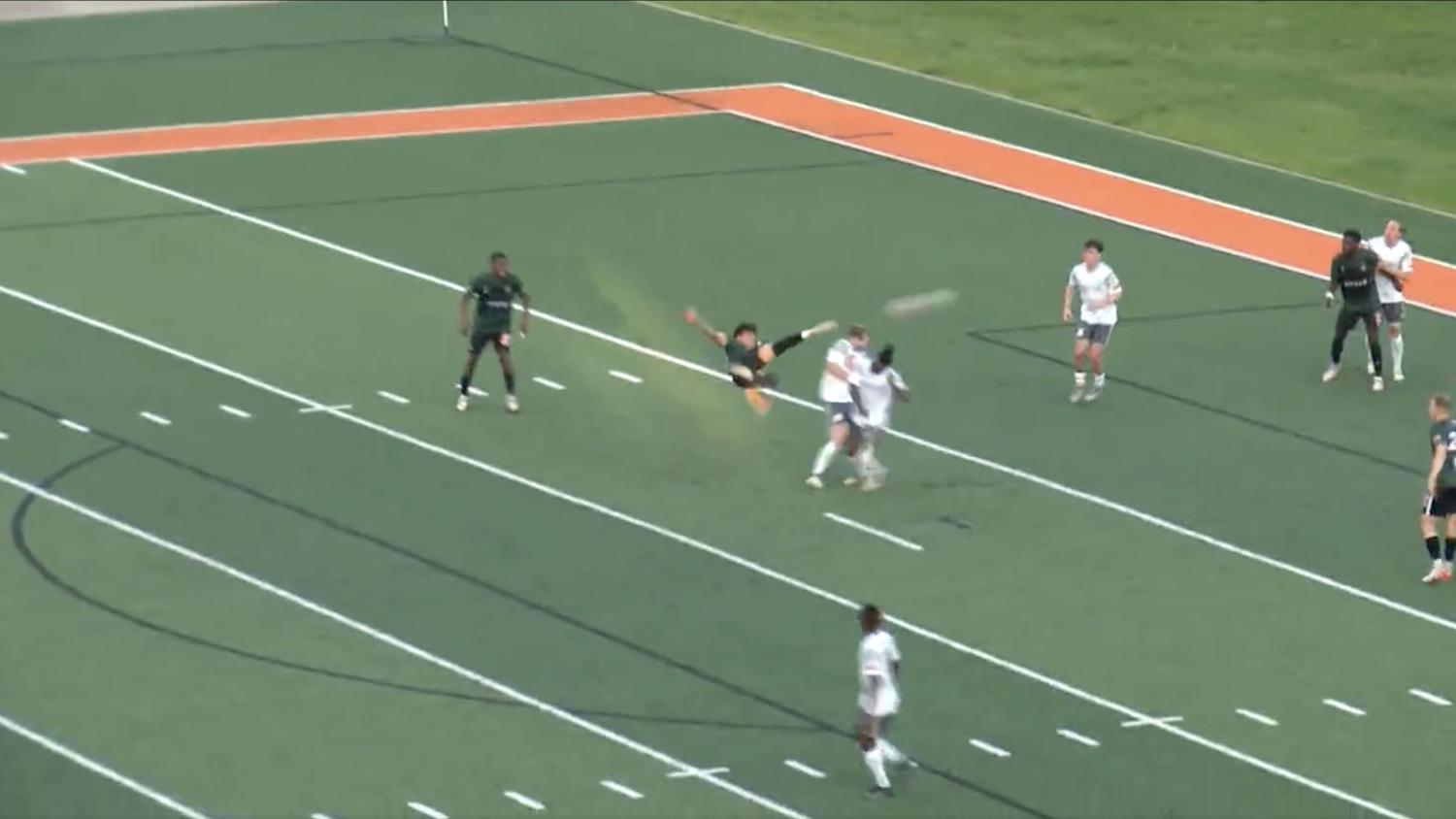 ESPN's SportsCenter doesn't usually show soccer highlights — preferring to show incessant home runs and slam-dunks that look like mirror images of every other home run and slam-dunk — but when it does, you can rest assured that it's a 40-yard banger or impossible bicycle kick from range.

On Saturday night, trailing St. Croix 2-1 in USL2 play, the Des Moines Menace's Fernando Garcia got the attention of SportsCenter with a flying golazo from nearly 15 yards out.

Mama we made it #SCTop10 pic.twitter.com/2gZkgoOkjP

We may be a bit late to this party, but you have to see this incredible goal by Fernando Garcia of @MenaceSoccer94. @USLLeagueTwo @sportscenter #SCTop10 #Path2Pro

Menace would go on to win 6-2. pic.twitter.com/uT6aKdBGnI

The Menace beat St. Croix, and Fernando Garcia scores the best goal I've ever seen in person. Garcia goes airborne and fires a rocket that tied the game at 2 and gave Des Moines momentum headed into halftime. Can we get some #SCTop10 love for this goal? @ESPNAssignDesk https://t.co/0WEUDXJf7J pic.twitter.com/6Z1KMsrfci

Des Moines would add four more in the second half for a 6-2 victory.

The @MenaceSoccer94 spot St. Croix a 2-0 lead, but then score 6 unanswered and win their home opener, 6-2. Fernando Garcia with one of the best goals you'll ever see in the Des Moines win.@MarkFreundTV with highlights of the defending champs. pic.twitter.com/ouc1dCeVLx

Des Moines is on top of the Deep North Division with two wins from two games. They lost to Union Omaha 2-1 in the second round of the U.S. Open Cup.