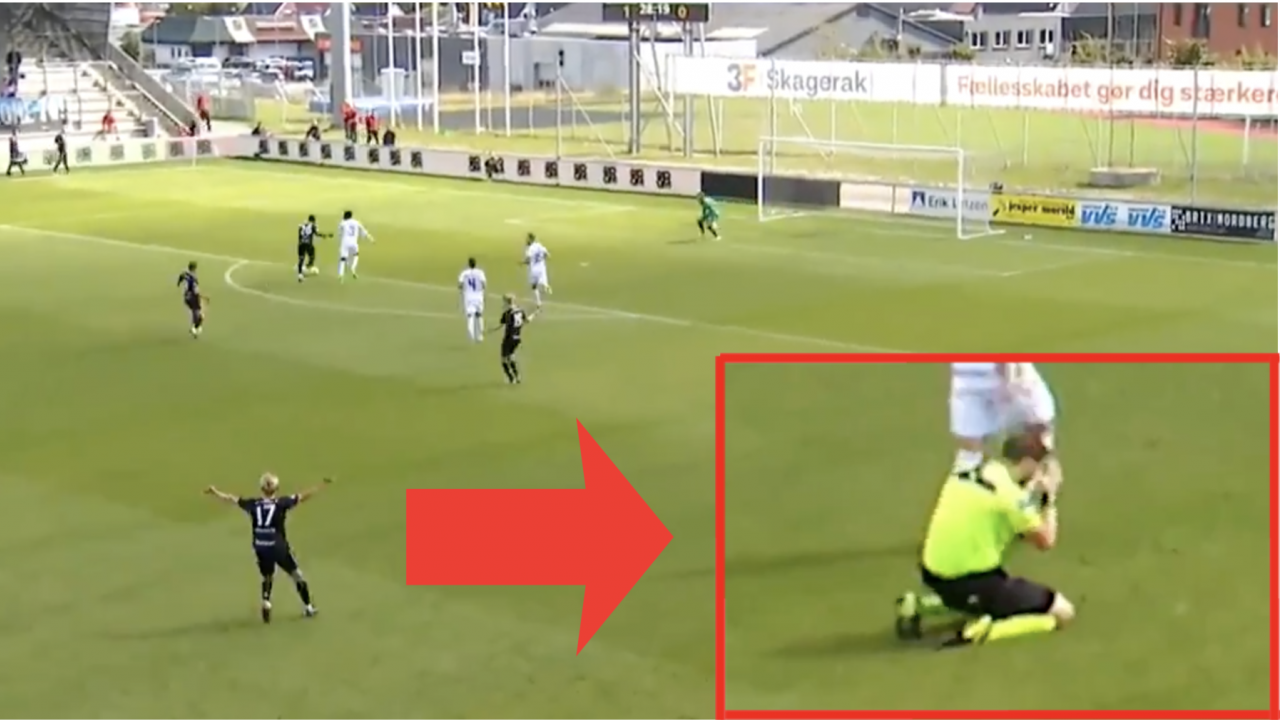 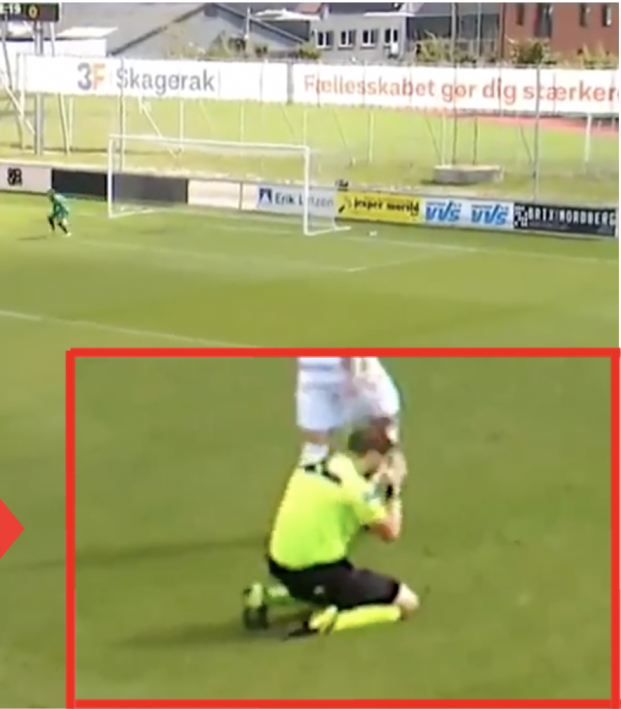 Referee Fails To Play Advantage And Collapses To Knees In Regret

A Danish referee made an honest but huge mistake during a second-tier league game on Saturday when he didn’t play advantage for a great goal-scoring opportunity.

In the 29th minute between Vendsyssel FF and FC Fredericia, the referee spotted a foul as Fredericia was building an attack. It looked like Fredericia had lost possession, so the man in the center put his whistle to his lips.

Right before he blew the whistle, the Vendsyssel defender gave away possession and Fredericia was in on goal. Then came the sound of the whistle.

This is crazy ... referee doesn't play advantage and realizes very quickly that was a huge mistake pic.twitter.com/IN7FndMqmO

You got to feel for the ref here — it was a mistake a ton of referees would make. Him dropping to his knees with his hands on his head probably saved him from a lot of flak. One of the Fredericia players even gave him a pat on the shoulder.

This mistake isn't the worst thing a referee has ever done. After all, a referee in Oklahoma pulled a gun on a player just last week.

It’s impossible to say whether a goal would have come from the opportunity that was called back. The game did finish tied 1-1.