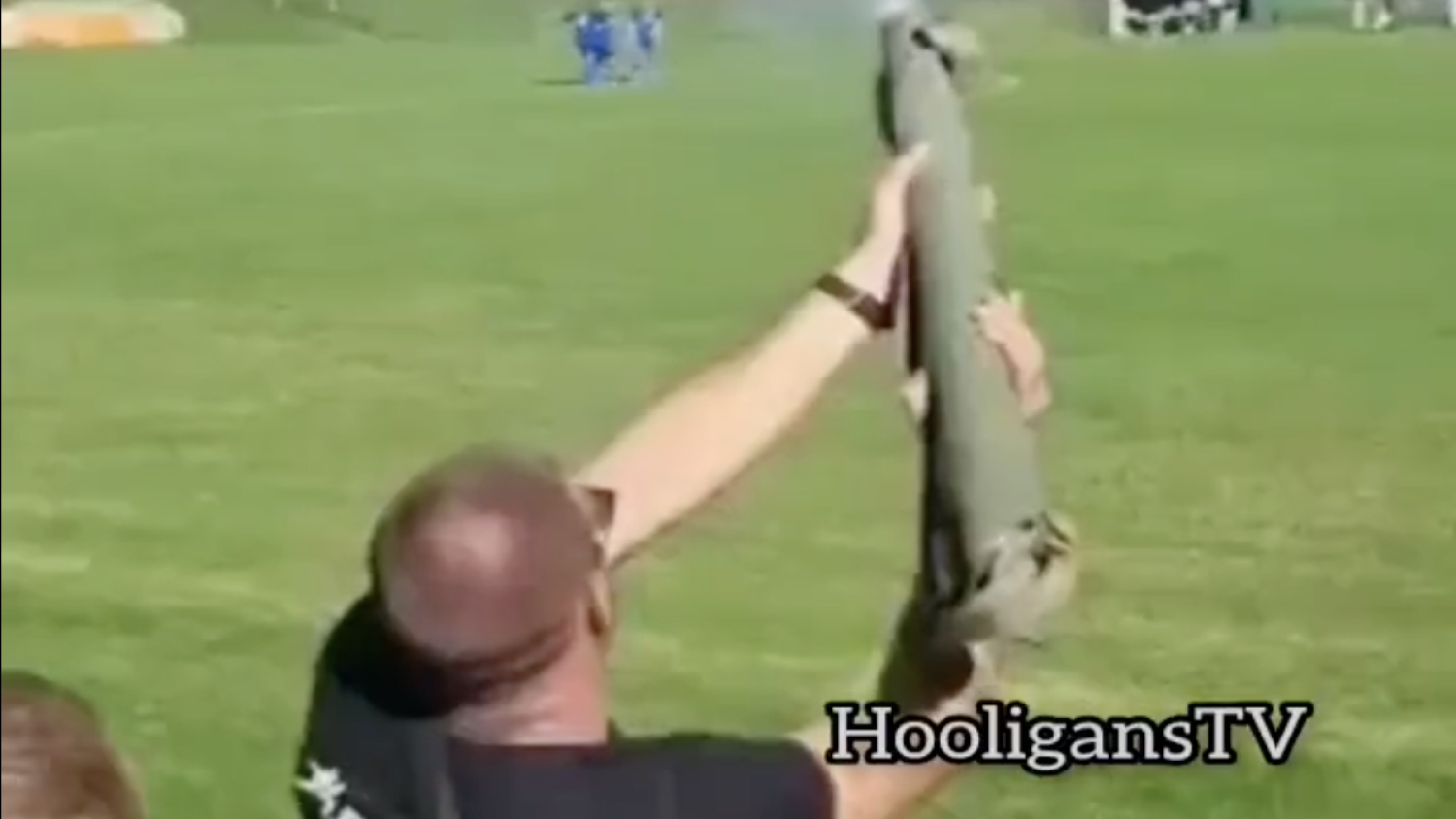 Security took the day off, I guess.
@HooligansTV_eu | Twitter

European soccer fans are some of the craziest and intense people you will ever meet. It’s not uncommon to see brawls, fans throwing flares and plenty of tomfoolery. I’ve seen plenty of nonsense, but a Croatian fan bringing an anti-tank weapon to a game is a new one.

The actual weapon the fan is holding appears to be an M80 Zolja. This weapon designed in the former Yugoslavia is a one-use anti-tank rocket-propelled grenade. The M80 Zolja would only get one shot and then be disposed.

The one that the Croatian fan used had clearly already used its one shot and was now being used as a makeshift firework launcher.

This is a horrible idea that we advise you don’t try at home. The firework wasn’t too far away from several of the players on the field. Fireworks have been known to take off some limbs, just ask Jason Pierre-Paul.

To be fair, the soccer fans in the Balkans are a different breed so this was probably just another Sunday shenanigan for them.