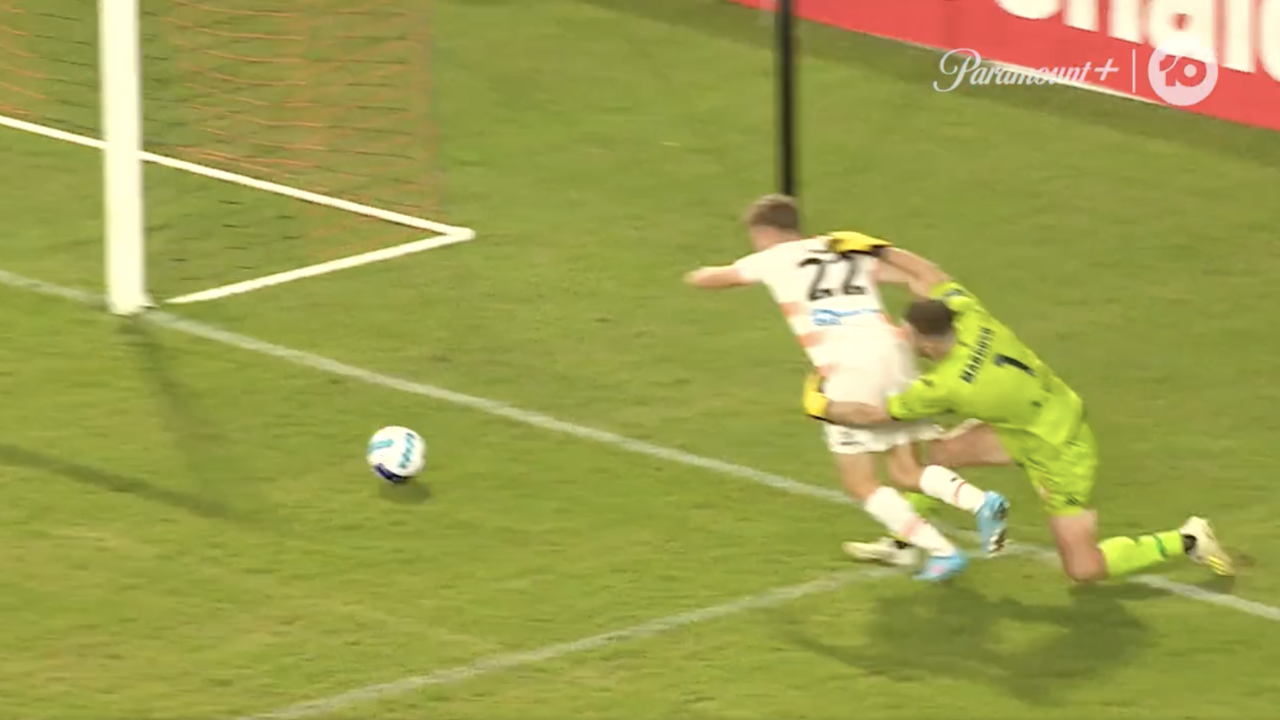 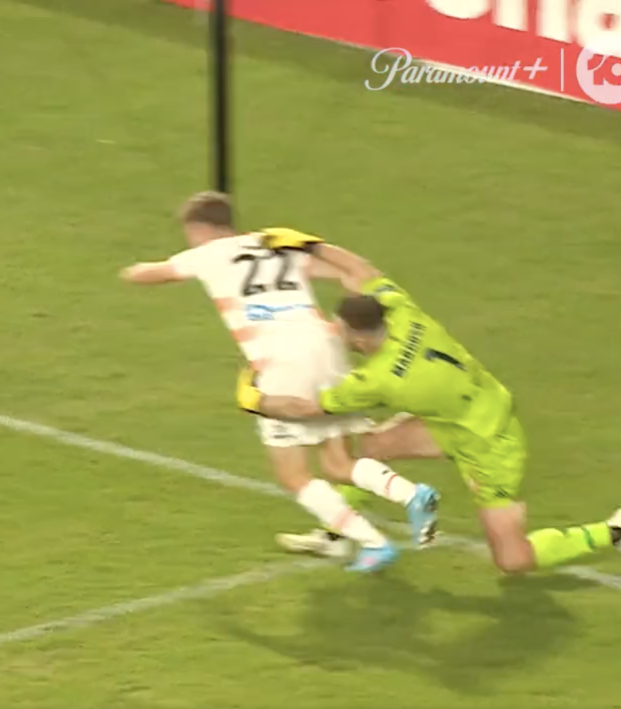 Western Sydney Wanderers goalkeeper Daniel Margush had a blunder of all blunders on Saturday. With his team up a man and leading 1-0 with only minutes left in the game, the three points were practically guaranteed.

Margush made Edouard Mendy’s goalkeeping error in the Champions League on Tuesday look like child’s play. The Aussie got the ball tangled up under him and then stolen by a pressing attacker. All Margush could do was tackle the attacker like it was rugby or NFL and concede a penalty on top of getting sent off.

Daniel Margush with a calamitous moment at the death.

After losing the ball, the @wswanderersfc goalkeeper saw red for his rugby like tackle that handed @brisbaneroar a point from the spot!

Brisbane Roar converted the penalty and escaped the game with a point. Neither of these teams have seen much success in the A-League this season as they both sit second and third to last in the standings.