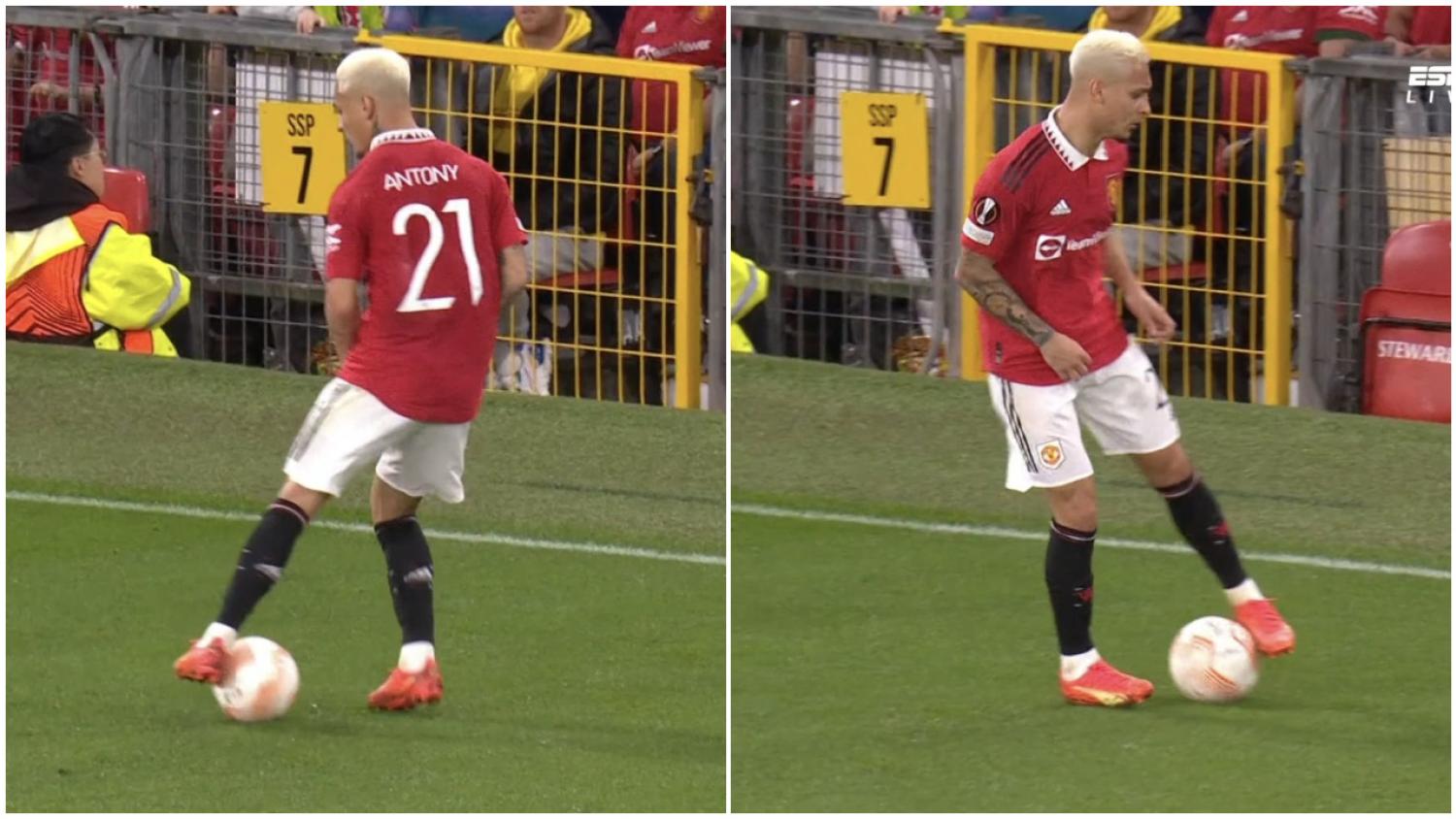 Basically the opposite of Rafael Leão's step-over.
The18

The moment we've been waiting for finally arrived Thursday during Manchester United's Europa League match against Sheriff. With the score level at 0-0 and his marker smartly giving him room, the trademark Antony spin skill — followed directly by an overweighted pass — was unleashed.

The sequence has gotten a lot of hate (the British absolutely despise this sort of thing) but that's because the internet is a foul place where joy and individual expression go to die.

I get it. It's pointless. It's ineffective. It's not Kevin De Bruyne finding Bernardo Silva in the most statistically difficult portion of the field to defend, where he in turn cuts it back to Erling Haaland for a tap-in. I know.

But do I love Joga Bonito? Yup. Do I care what Robbie Savage and Paul Scholes think? Nope. Is this the best thing since Kerlon's seal dribble? Yup. Do I want my wingers to be conformists? Nope. Is it all about charging up the FIFA Street game-breaker? Yup. Do I think Neymar, Vini Jr and Antony should stop this sort of thing to appease the shit asses? Nope.

Antony pulls out his signature at Old Trafford. pic.twitter.com/ZdvjHP3iQV

The other thing I appreciate about the move is that it simply prompts defenders to hack. I've got nothing but respect for Brazilians who use skills to effectively say "look, I'm much better at this game than you" knowing they'll face immediate physical retribution.

And if you're one of those yelling "this isn't the time or the place!" just know that Antony's pulled it off with Brazil. You don't decide time and place, the Seleção does.