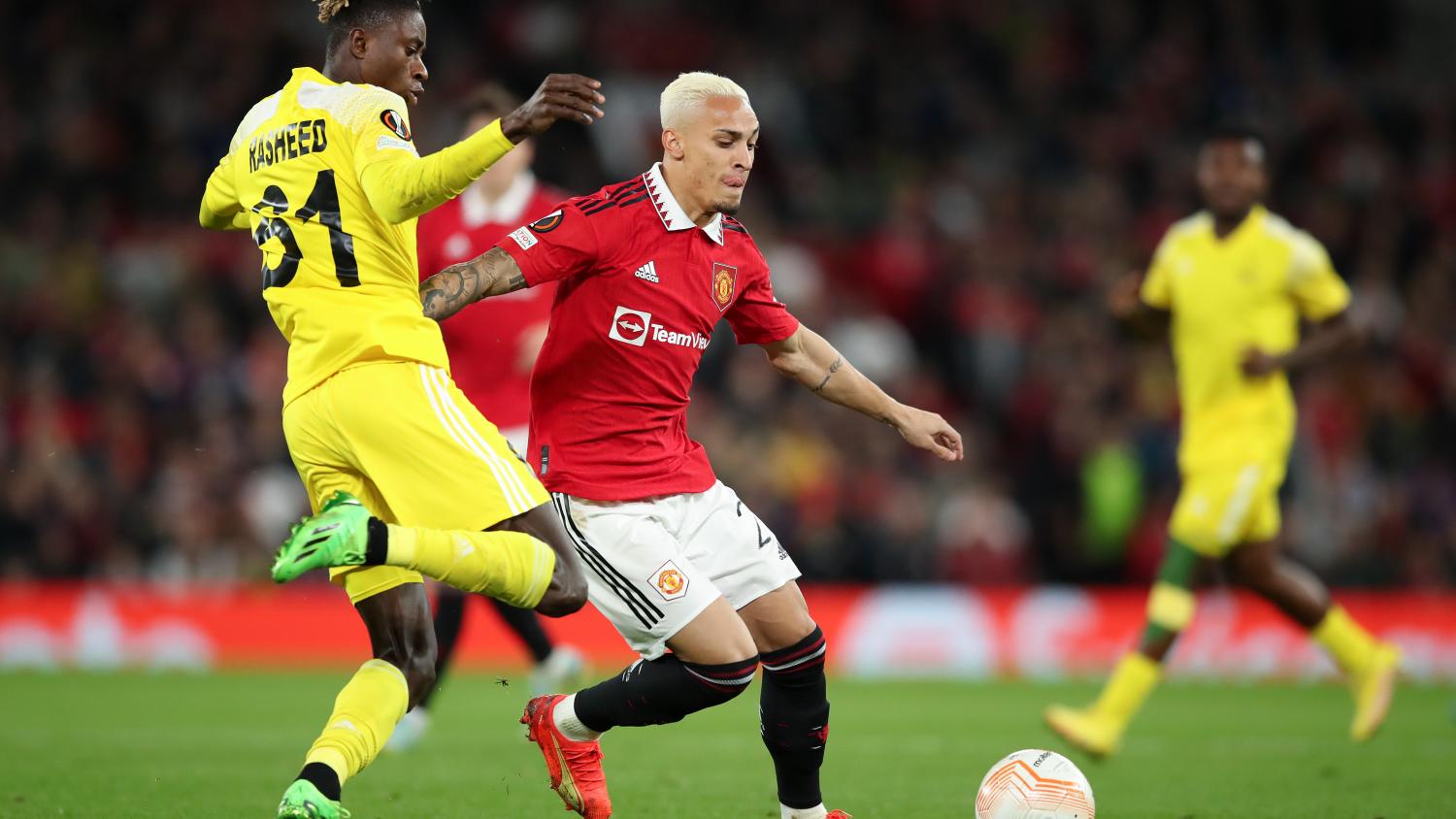 Manchester United's Brazil winger Antony vowed to continue with his tricks after accusations he was "showboating" during his side's 3-0 win over Sheriff Tiraspol on Thursday.

The 22-year-old, who is well-known for his flair, produced one incredible 720-degree spin with the ball seemingly glued to his left foot during the Europa League tie.

Antony pulls out his signature at Old Trafford. pic.twitter.com/ZdvjHP3iQV

United manager Erik ten Hag said he would "correct" the player if his tricks were "not functional," but in a post on Instagram on Friday, Antony said he would continue to dazzle.

"We're known for our art and I'm not going to stop doing what got me where I am," Antony, who features in numerous showboating reels on social media, said.

Antony via IG: "We're known for our art and I won't stop doing what got me to where I am" #MUFC ⭐️ pic.twitter.com/IzmDxoeUla

Antony's next touch following his fancy footwork was to knock the ball out of play and Ten Hag suggested that his player needed to concentrate more on the basics.

"I don't have a problem with tricks as long as it's functional," said the Dutchman, who also managed Antony at Ajax Amsterdam.

"I demand more from him -- more runs behind, more often in the box and more playing in the pocket.

"When there is a trick like that, it's nice as long as it's functional. If you're not losing the ball, then it's OK -- but if it's a trick because of a trick, then I will correct him."