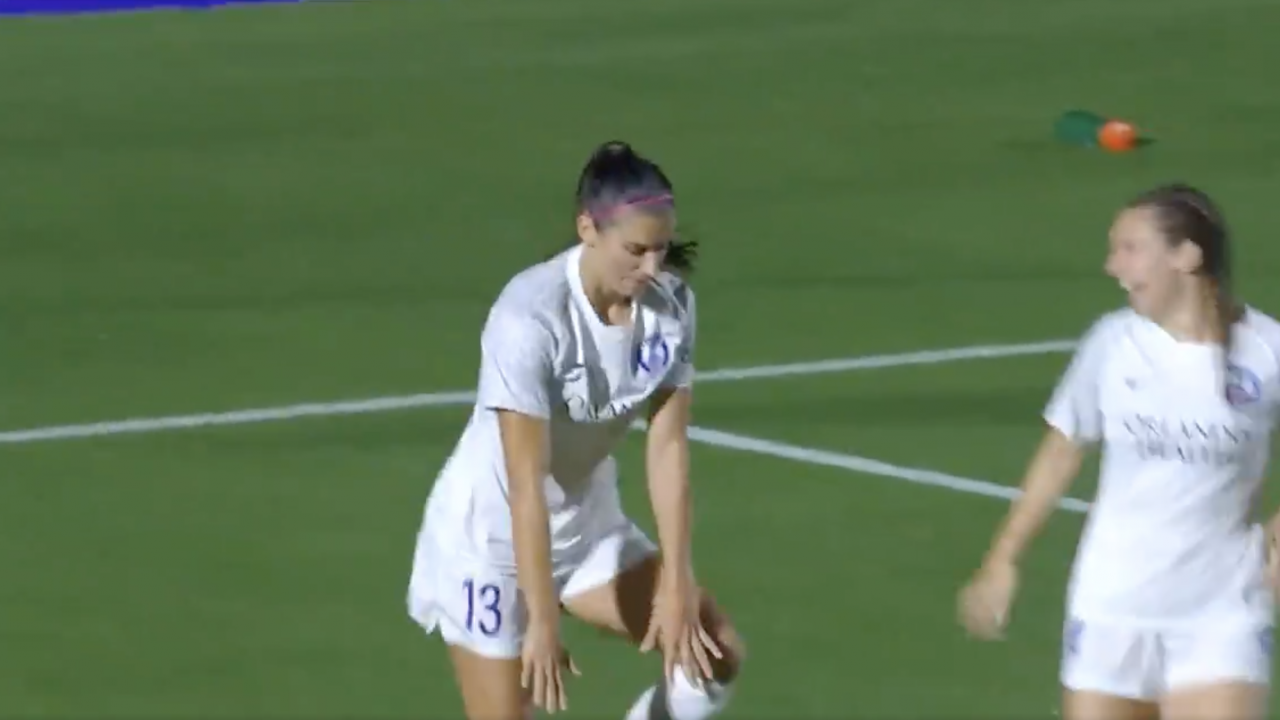 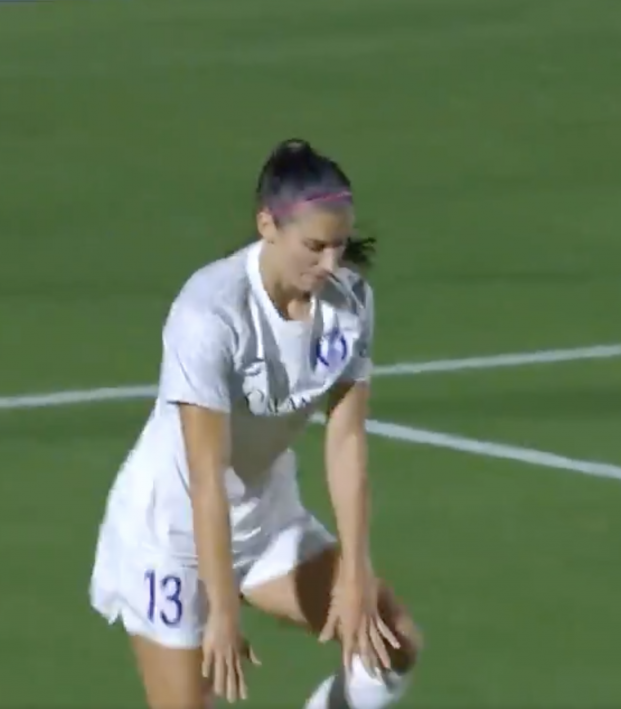 If you missed the Alex Morgan Ted Lasso celebration from Saturday night, then you’re in luck.

Morgan and the Orlando Pride took down the North Carolina Courage 2-1 on the field and 1-0 in the celebration department. With the Pride leading 1-0 in a hotly contested game, Morgan gave her side breathing space with a cool finish in the 79th minute. The USWNT star then dazzled the audience with a celebration from Apple TV+ hit show “Ted Lasso.”

Another game, another goal for @alexmorgan13

Morgan tweeted after the game explaining the inspiration for the celebration and received a response from Mr. Lasso himself.

When you can't help but feel inspired by @TedLasso for the celly https://t.co/hKOUtpfdNy

Glad to be of service, Alex. If y’all need help choreographin’ anything special for Tokyo, you know where to find me https://t.co/WtrA6k2dlB

This marks the second time this month that we’ve seen Ted Lasso shenanigans cross over into the real world. After the FA Cup final, the cast tricked a reporter into believing that Dani Rojas was a real soccer player.

We at The18 will keep a close eye to see if any more Lasso antics follows Morgan’s latest celebration. Fans on Twitter have requested more from the Pride forward.

The Pride’s next game is on Wednesday, May 26 hosting the Portland Thorns.