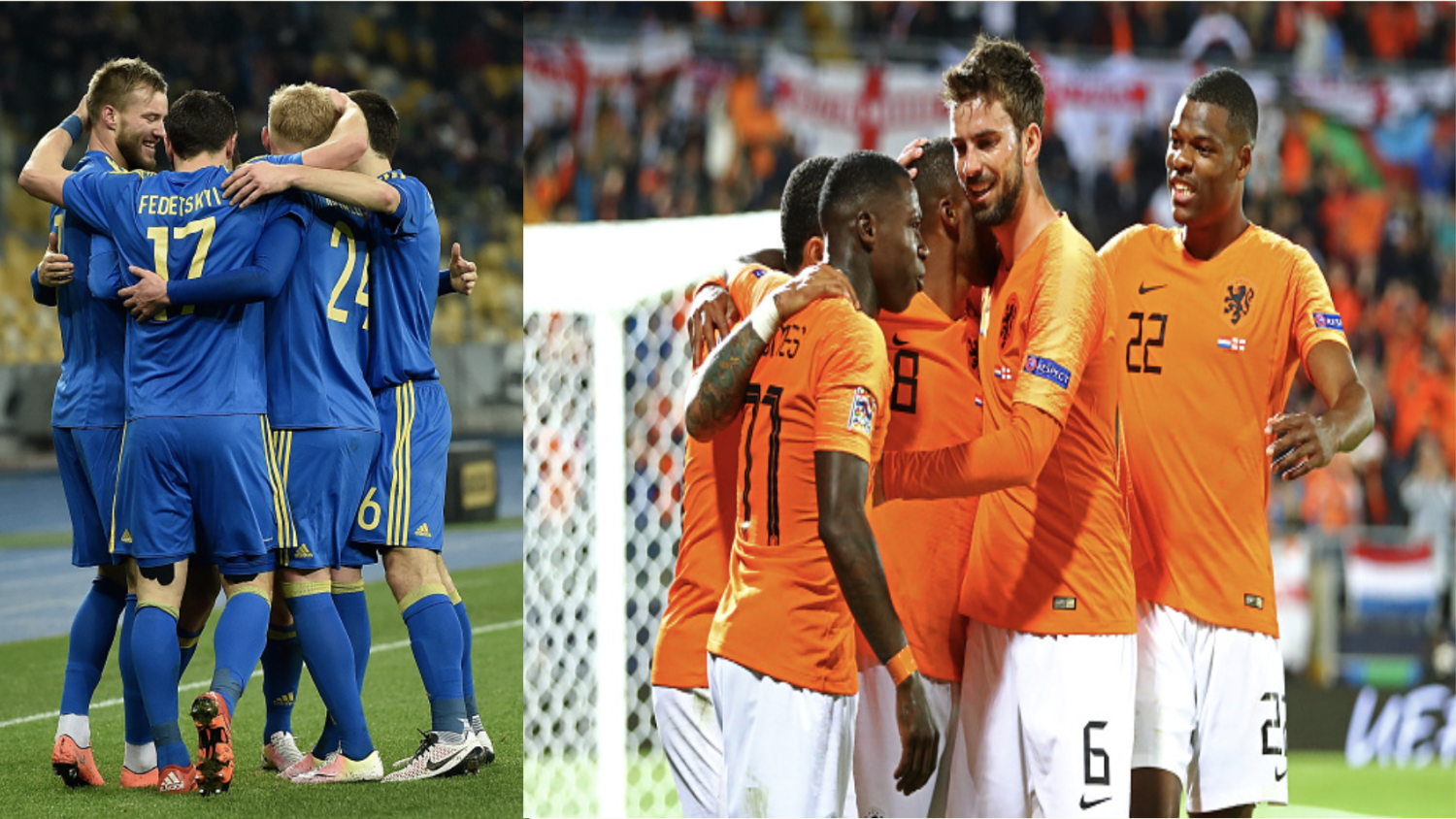 The Netherlands will face off against Ukraine in the first table match of the 2020 UEFA Football Championship at 3:00 p.m. EST on Sunday, June 13th at the Johann Cruyff Arena in Amsterdam. Below we go through how to watch the Netherlands vs. Ukraine match and how to prepare.

How To Watch Netherlands Vs. Ukraine

Where: Johann Cruyff Arena in Amsterdam

History of Netherlands vs. Ukraine

The Netherlands will return to the Euros with a home-field advantage over Ukraine in their first matchup. This will be the first competitive match opposing each other as the Netherlands hold a historical advantage with one win and a draw coming from friendlies.

Now head coach of Ukraine and former Ballon d’Or winner, Andriy Shevchenko, played forward in the two friendlies that Ukraine and Netherlands competed in back in 2008 and 2010.

The Netherlands will be making its tenth Euro appearance since the first time in 1976. The team missed out on qualifying in 2016, ending their streak of participating in the previous nine UEFA Championships. The Oranje are currently ranked 14th by the FIFA World rankings.

They qualified just two points under Germany with a record of (6-1-1) while scoring 24 goals and only letting in seven. The sole loss came from Germany. The Dutch will have the home-field advantage throughout the group matches. The team transitioned to another head coach after the qualifiers and now is being run by Frank de Boer. The Netherlands, despite having a weaker squad than usual, remain as the favorites to win the group.

Players on the Holland squad to watch out for are current captain Georginio Wijnaldum who led the way in scoring through the preliminaries with eight total goals in just seven matches.

Memphis Depay also found success through the preliminary matches by assisting or scoring on 58% of the team's 24 goals.

The Netherlands will lose out on their veteran captain Virgil Van Dijk, a superb defender who is ruled out of the competition after dealing with major injuries. The former captain’s absence is one of the biggest factors for Netherlands as he is one of the best defenders in the world. They will look for Frenkie De Jong to fill the Virgil sized hole in the squad as he has proved to be one of the best midfielders in Europe this year. If he can fill that role of being the anchor of the team, he will be a key part of Netherlands' success.

Ukraine will be making its third total appearance in the UEFA Championships since first appearing in 1992 after directly qualifying for the Euros for the first time. The two times prior came from qualifying through co-hosting and the play-offs. They have lost all but one match in the Championships throughout their three previous tries.

The Blue and Yellows are ranked 24 in the FIFA World rankings. They qualified with the most points in their group which included Portugal and Serbia squads. Ukraine won six games and tied two. They did this scoring 17 goals and only letting in four establishing themselves as one of five teams to remain unbeaten through the preliminaries.

Roman Yaremenchuk led Ukraine in the qualifiers scoring four goals. They will also lean on attacking midfielder Ruslan Malinovskyi who has superb playmaking abilities. He shows great skill on the ball with both excellent passing and finishing abilities and has demonstrated to be a danger about anywhere on the pitch. The 28-year-old has eight goals and 12 assists in just 23 matches in 2021.

Also, look out for young lockdown left-back Oleksandr Zinchenko who is a key part of Champions League finalist Man City’s squad and will play the same role on Ukraine’s national team. Lastly, pay attention to captain Andriy Yarmolenko a four-time footballer of the year for Ukraine and their current top marksman. The goal-scoring machine will have a major impact if Ukraine finds success throughout the match.

The Dutch squad, as depleted as it is, will most likely win the group. They have on paper the toughest starting eleven and home-field advantage throughout the group play. They have missed out on the last 2016 Euro and even the 2018 World Cup, making it their longest absence from major finals since the 1980s. They came back from that drought with vengeance and won the 1988 Euro for the first time. They will look to recreate the same success from coming back after missing out in previous major tournaments. If they find their barring’s underneath Frank de Boer, they will come out of the group victorious.