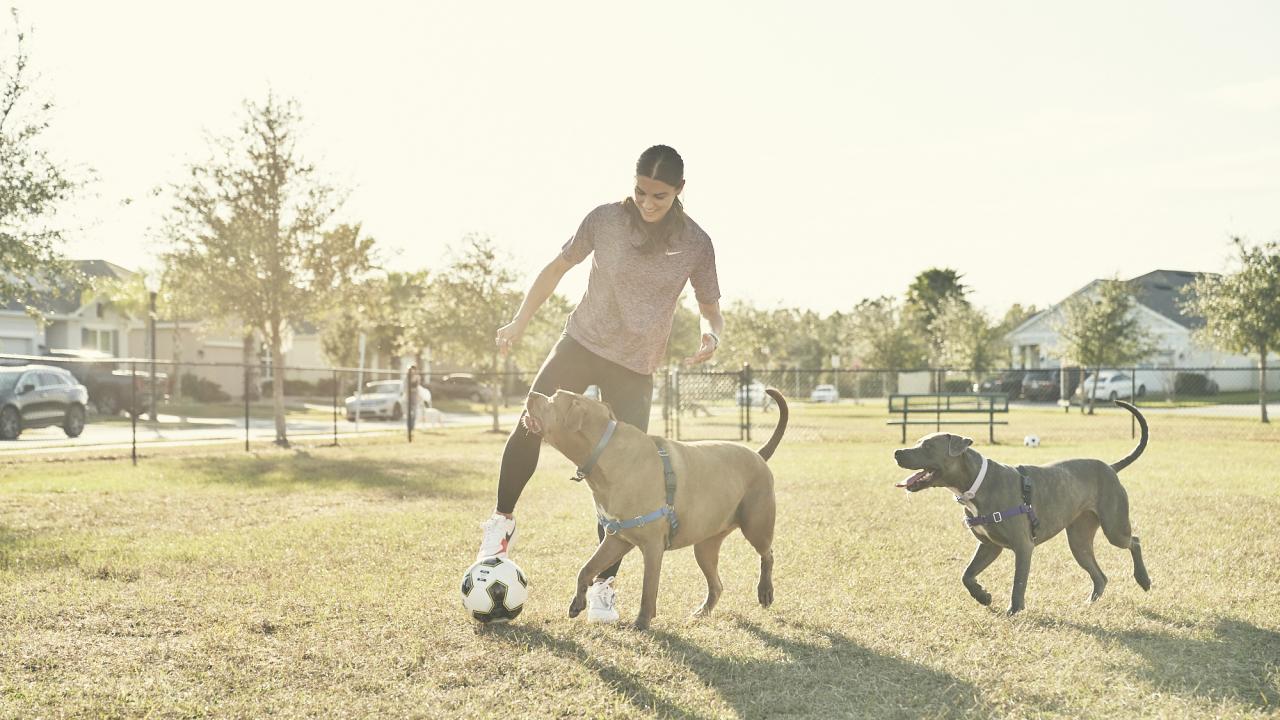 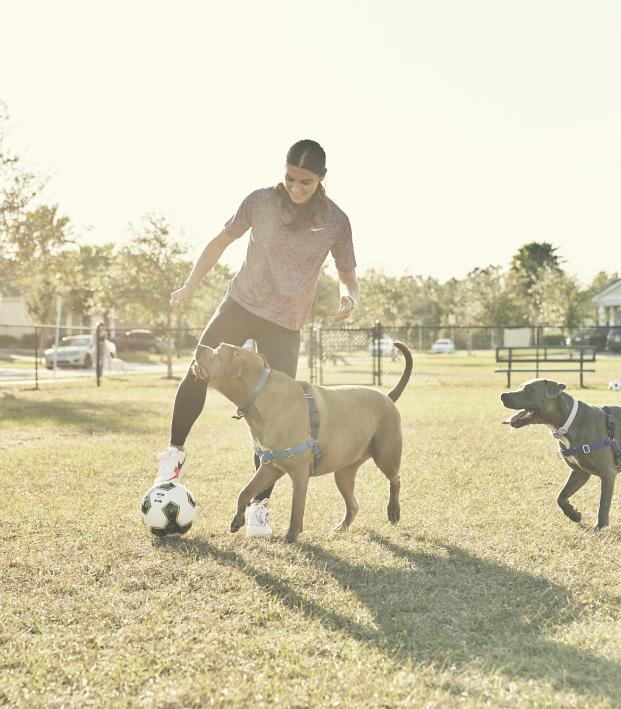 There is nothing more important to a household than the family pets. Well, maybe the humans, but Alex Morgan knows even that is pushing it.

“Dog — cats — alpacas — people,” Morgan said in her latest tier-ranking of animals, obtained exclusively by The18 thanks to an interview set up by Stella & Chewy’s, which makes food for the top two animals on the USWNT star’s ranking.

The18 is “where soccer lives,” but there’s no point in living without our beloved pets, so when we got a chance to talk to arguably the most popular soccer player in the country, we of course asked her about her dogs, Blue and Kona, the loves of her life — at least until her child Charlie was born last year, maybe. We talked about dogs, cats, alpacas and, of course, literal dog dookie, because why waste an interview opportunity with Alex Morgan talking about soccer?

“Just to be honest, I kind of like dogs more than people,” Morgan said while wearing a hat reading “I’d rather be with my dog.”

Alex and Servando being footballers, of course their doggos would be footballers too. Morgan said Kona would be the better soccer player because she’s more agile while Blue just knows one speed and can’t make cuts.

“Blue would be a really, really poor goalkeeper for sure — doesn’t move, one of the typical goalkeepers like an average maybe 14-year-old thrown into goal because there’s no other position,” Morgan said. “Kona would try to be a winger and a forward. She just would be one of those that would never stop running, kind of like a Kelley O’Hara type of deal. She just wants to fly up, get back, always have the most energy, gets the most on the beep tests, excels at life.”

O’Hara should feel honored to be compared to the beloved Kona, I think. At least Morgan didn’t compare Blue to Alyssa Naeher. 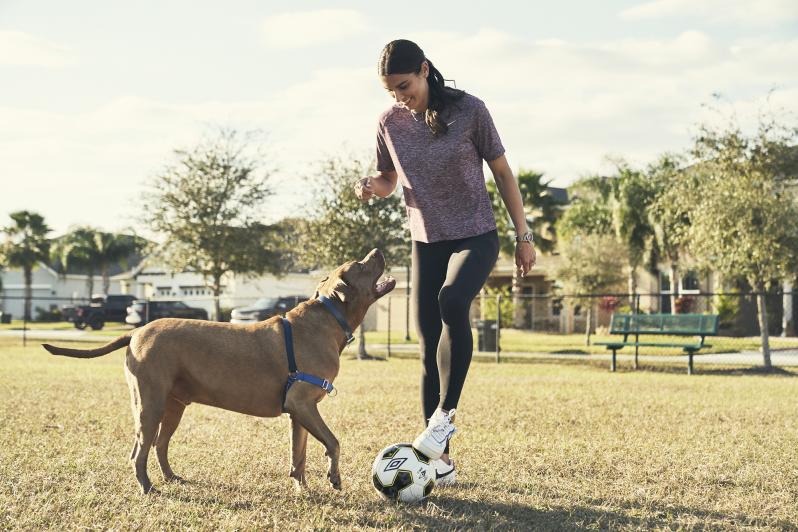 Morgan admits she is very much a dog person these days, but this wasn’t always the case.

“I grew up as a cat person but all of a sudden with my husband got really turned over to the dark side, and now I’m more of a dog person,” Morgan said.

Morgan estimated there was an 80-20 split in dog people vs. cat people on the USWNT, with Becky Sauerbrunn and Crystal Dunn the primary cat lovers on the squad. (Dunn also has chickens named Quinn, Juke, Chelsea, Toulouse and Rocky.) These are the important stats and facts you can find only at The18.com, y’all.

Fortunately for the Morgan-Carrasco household, Kona and Blue were mostly tolerant of the arrival of Charlie Elena Carrasco on May 7, 2020.

“Blue was a little skeptical, like, ‘What is this little human doing in my life’ — and also he’s used to more attention,” Morgan said. “However, Kona has really gotten used to it and just lays there and Charlie gives her a big hug before she goes to sleep every night, so Kona just takes it.

“They’ve both dealt it in their own ways but they’re really accepting of her. Thank goodness, because we’d have to get rid of Charlie if not.”

We think Morgan was joking, but we’re not 100 percent sure. One thing she didn’t joke about was dog poop, a very serious matter.

Any human who cohabitates with dogs knows all too well the nightmare situation we posed Alex, asking her what she does when she’s walking her doggos and suddenly has just one bag and two smelly problems.

“It has happened before, multiple times,” Morgan said. “One time I definitely was like, ‘OK, I’ll be back for this,’ and I will go back and get a bag. But then I had Charlie and I got mom brain, so I’m like, ‘I’ll go back and pick up the poop,’ and you just forget to go back, you know what I mean?

“Now I’m overprepared, it’s not like one or two bags, I have a roll with me. Hopefully that’s good enough. It’s been good enough.”

“I don’t want to be stepping in poop when I’m going for a walk,” she opined. “You know when you’re strolling your kid and it gets in the wheel? And then it’s smelly forever; you just have to throw away the stroller, because I’m not touching that!”

“You have to get one of those attachments and do the jet streams (on the water hose). No, you’ve just got to throw them away, that’s the thing.”

This lovely image of Alex Morgan trying to scrape dog doodoo off her baby’s stroller was brought to you by the fine folks at Stella & Chewy’s. Buy their dog food and remember to bring plenty of bags when you’re walking your doggo on National Dog Day, which just happens to be today, Aug. 26 — what a coincidence.