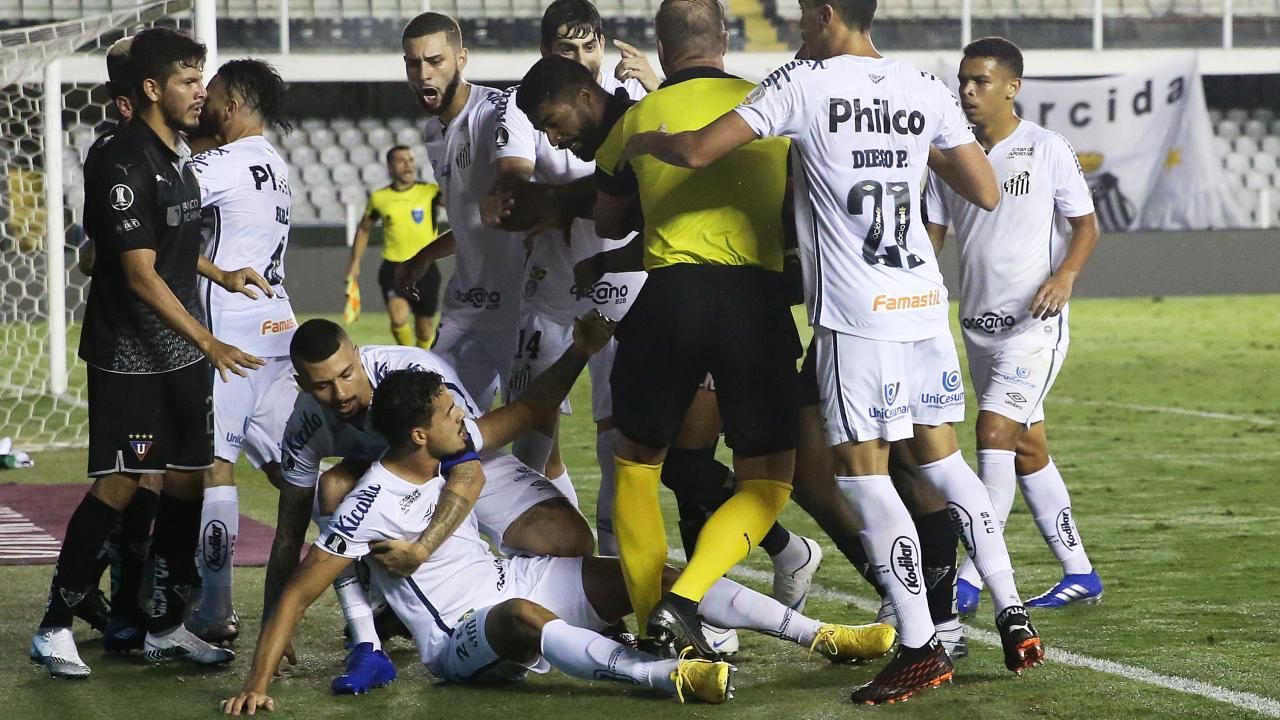 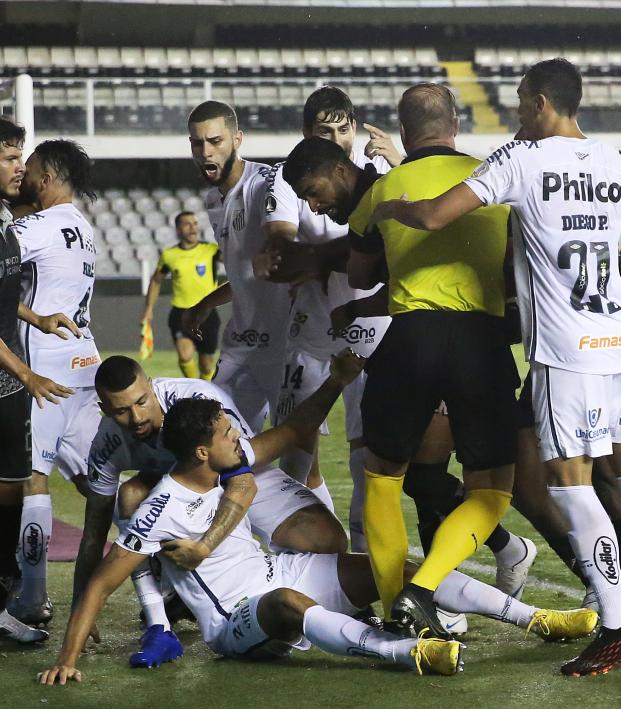 Santos Beats LDU Quito In A Game Of Madness

Santos and LDU Quito faced each other in an electrifying Copa Libertadores Round of 16 match, in which Santos managed to advance to the quarterfinals after scoring more away goals. The first leg, held in Quito, was very evenly matched and tough for both, but Santos achieved a great result by scoring two goals while their opponent's only got one at home.

The return leg was eagerly awaited and the pressure was on this historic Santos club, the clear favorite to go through. The match gave each team big opportunities with the locals going very close to scoring in the first half and LDU Quito playing offensively, looking to qualify.

Uruguayan Matias Zunino managed to score the first and only goal of the game for LDU Quito at minute 66, a goal that gave hope to the Ecuadorian team.

As the game went on, the environment was heating up and several dangerous fouls were seen, and at times it seemed inevitable that we'd see a fight between the two teams.

When the 90 minutes were up, the referee decided to add an extended amount of stoppage time as there was a long time out due to the incessant fouls during the game. In the closing minutes, two players were expelled: Lucas Villarruel for the visitors and Luis Felipe for the home side.

The game was so far extended that when the final whistle was heard, the clock reached 113 minutes — a madness.

Santos, who lost their unbeaten record at the eighth time of asking in this Libertadores tournament, now expects a rival from the winner of the series between compatriots Gremio and the Paraguayan club Guarani.