Ronaldinho Named His Pick For Best Player In The World. And It's Not Messi Or Ronaldo

Sam Klomhaus November 20, 2015
Brazilian legend Ronaldinho's pick for best player in the world is sure to surprise some people.

No, Ronaldinho told English newspaper The Daily Mirror that his pick for best player in the world right now is fellow Brazilian international Neymar.

"Neymar, currently on form, is the best player in the world," Ronaldinho said.

“His rise has not surprised me at all. Even when he was a kid his ability was obvious. At the age he is, I still have every belief he can go on to get better and better.

“Now he has reached the level of the best in the world, he can stay there for five or six years, comfortably."

That's high praise. And Neymar routinely does this, so Dinho's probably not far from the truth here.

Neymar's been on fire since Lionel Messi went down with a knee injury in September, scoring 11 goals in La Liga since then, good for first-place in La Liga and more than every other reasonable candidate for "best player in the world."

Related: 16-Year-Old Wonderkid Has Skills To Take On Neymar 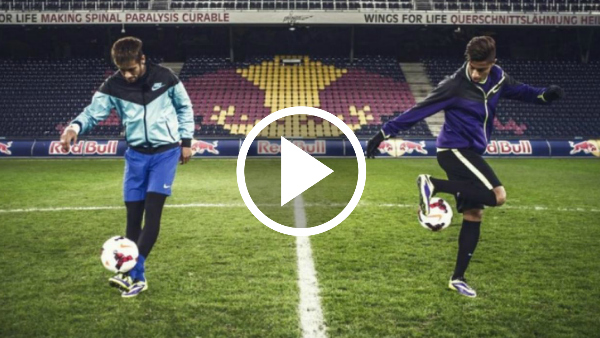