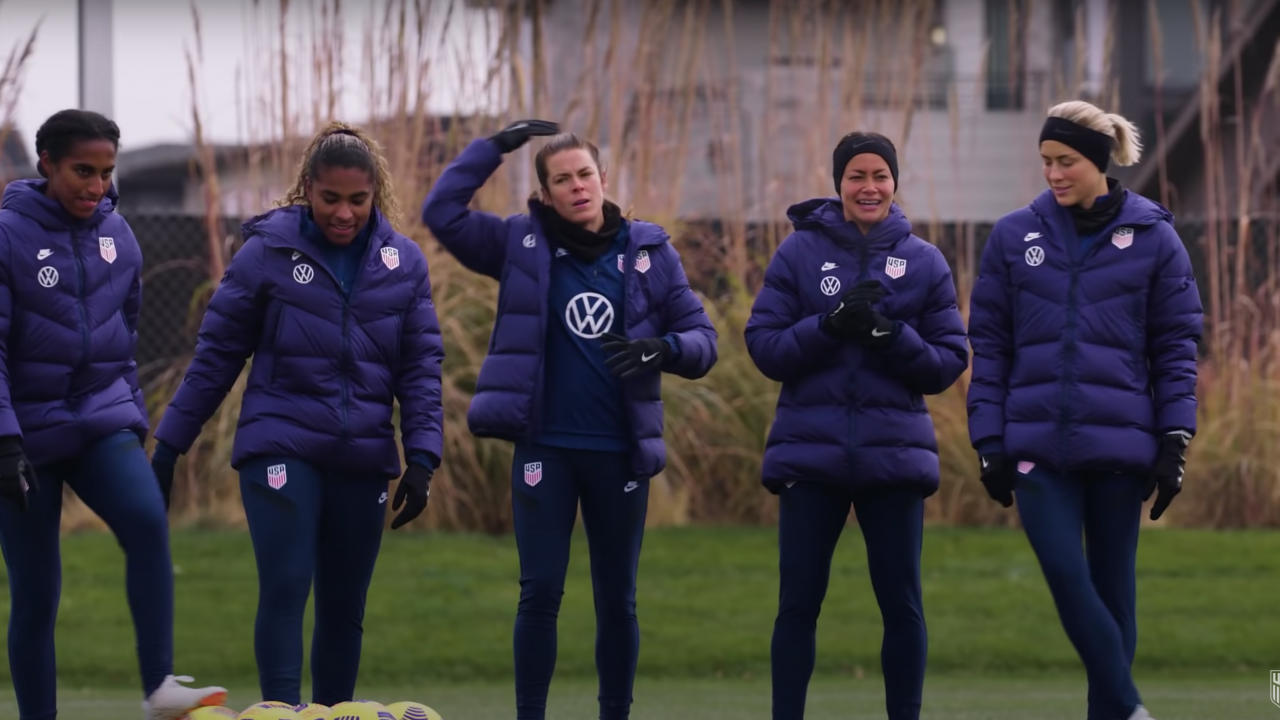 Kelley O’Hara, Ali Krieger Were Mic’d Up For USWNT Training (And It Was A Joy To Watch)

It’s been way too long since we last saw USWNT players in action. The last time the four-time World Cup champs took the pitch was at the SheBelieves Cup in March, and the world has changed a bit since then. So it was great to see most of the USWNT back together for a late-October training camp in Colorado — and it was even better to hear Kelley O’Hara and Ali Krieger mic’d up for practice.

The world’s greatest soccer team of all time has been out of action because of the Covid-19 pandemic, which is worse than it’s ever been in the U.S. right now. But Vlatko Andonovski was able to get 26 players together for an 11-day training camp in Commerce City, Colorado.

Holding training at the Colorado Rapids’ facility in late October probably wasn’t the best choice in hindsight. As we here at The18 can attest (we’re based in nearby Boulder, Colorado), it was as cold as penguin farts for a few days while the USWNT was in town. The USWNT persevered thanks to excellent work from the grounds crew, even though O’Hara seemed to be in shock over the ice on the pitch.

The above video shows a couple of days of USWNT training, one with O’Hara mic’d up and one with Krieger mic’d up, and it’s a joy to watch the team in action after so long. It also almost makes me miss those frosty December practices back when I still played. Almost.

The most telling aspect of the nine-minute video is seeing the veteran leadership of O’Hara (131 caps) and Krieger (107 caps) in action. (Both would have double the number of caps if they weren’t often competing against each other for playing time.) Their constant positive feedback with 10 uncapped players in camp had to be invaluable to Andonovski in preparing the next generation of USWNT stars, like Catarina Macario.

Also notable: Which players wore their heavy jackets most of the time and who was out there in shorts despite the frigid temps (we see you, Midge). And perhaps most surprising: There were actually members of the Houston Dash invited to the camp after the team won the NWSL Challenge Cup without any USWNT players.