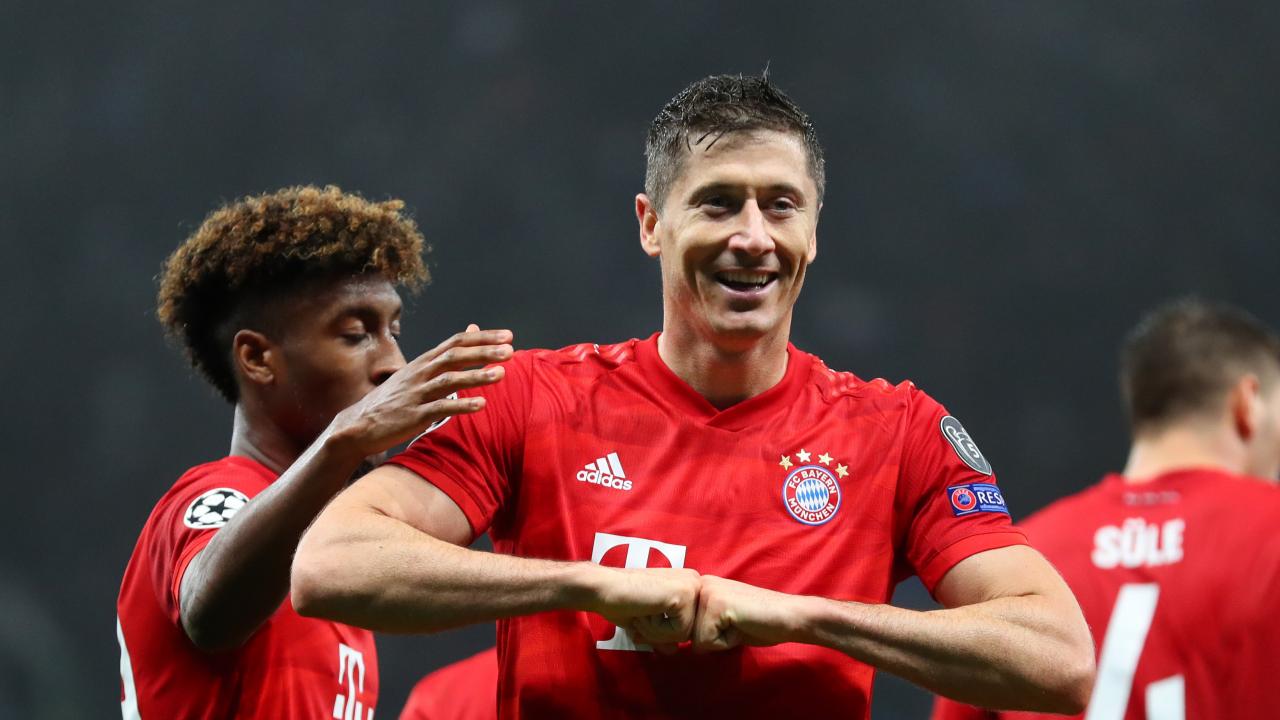 This man is simply unstoppable right now. Bayern Munich earned a 7-2 win thanks to a stunning Robert Lewandowski goal vs Spurs on Tuesday at Tottenham Hotspur Stadium.

Son Hueng-min and Joshua Kimmich traded early goals in the massive Group B clash, but it was the Polish striker who provided the difference maker just before halftime.

Lewandowski started and finished a wild play in the 45th minute, eventually punishing Tottenham for failing to clear the ball with a smashing effort from the edge of the 18.

Bleacher Report cut out the best part of the entire play in the above clip.

Lewandowski began the move with a lovely overhead flick off a throw-in before completely ignoring his teammates’ penalty cries to just fucking shoot.

This touch from Lewandowski to start his goal sequence  pic.twitter.com/932RO21byI

(For full replay of the Lewandowski goal vs Spurs, see the video embedded at the top of the article.)

Is there a better pure No. 9 in the world than Lewandowski right now? The goal gave the Bayern striker 13 goals in 10 matches this season, and he just showed Harry Kane how it’s done.

The impressive strike gave Bayern a 2-1 lead at halftime after trailing early on.

Son struck first when Spurs took advantage of Corentin Tolisso falling on his ass for no real reason, giving the ball away to set up the first goal in the 12th minute.

Son for the Spurs lead

No saving that one  pic.twitter.com/HSW4TmFE34

That Spurs only trailed 2-1 at half was a bit fortunate for the home side.

Tottenham easily could’ve been playing with 10 men for most of the match when Serge Aurier, who was sent off against Southampton on Saturday, stomped both feet down on David Alaba.

So what's the point of VAR when Aurier is doing tackles like this @baz1701_baz pic.twitter.com/lFJv2MWCU5

Poch: "Serge, you got a red card at the weekend. Nothing daft early on..."

Not that it mattered.

Early in the second half, former Arsenal winger Serge Gnabry torched the Spurs defense with two quickfire goals to go up 4-1 in the 55th minute.

After a Kane penalty, Gnabry, who crushed Aurier in the Battle of the Serge, scored a third in the 83rd minute when Aurier simply gave up on the play. Gnabry made it 7-2 in the 88th moments after Lewandowski added a second, bringing the No. 9 to 14 goals in 10 matches this season.