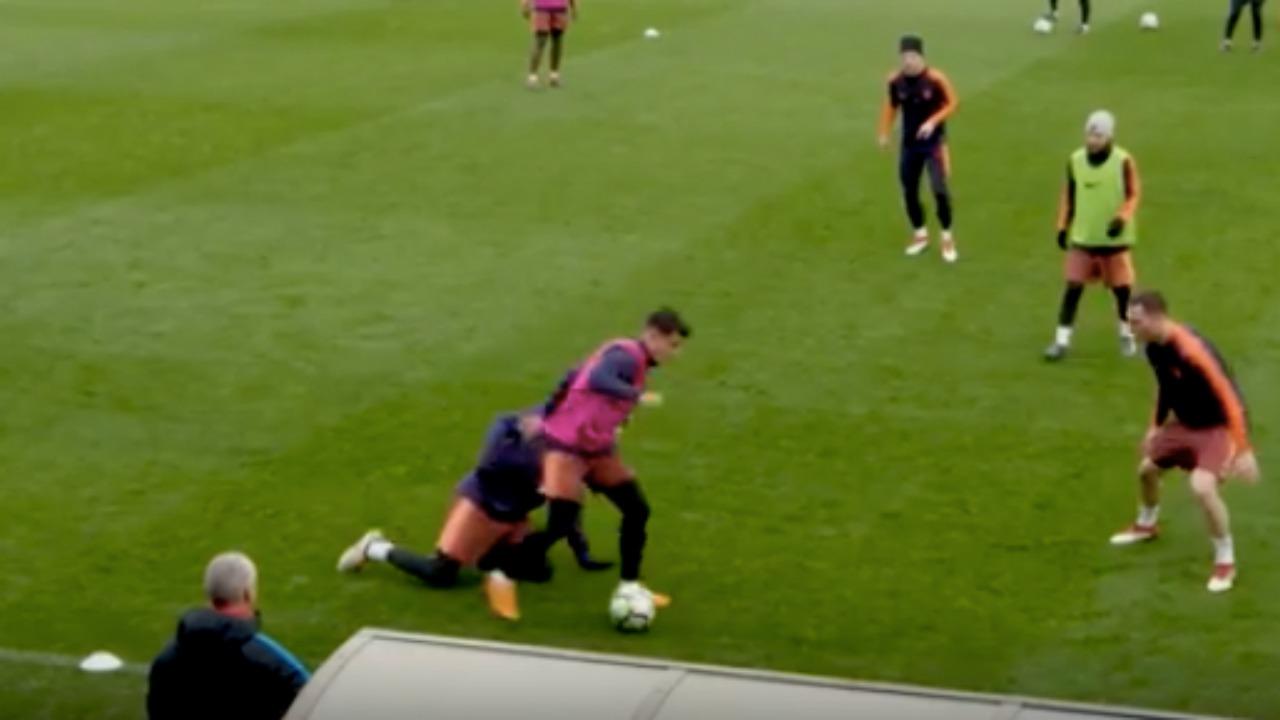 Wednesday, FC Barcelona posted a video to its official YouTube channel entitled “INSIDE TRAINING | Coutinho prepares for his first El Clásico.” It’s a little strange because perhaps the Brazilian would be better served preparing for Saturday’s match against league leader Sevilla at the Camp Nou or next Wednesday’s heavyweight Champions League tilt with Inter Milan (the clubs are even at the top of Group B with six points), but there’s just no denying that it doesn’t get any bigger or better than El Clásico.

There’s also a special caveat to this particular grudge match, which we haven’t seen since Andrés Iniesta became a Barça first team regular nearly 15 years ago: There’s no Andrés Iniesta, and Coutinho has now taken sole control of the left-sided midfield place in Ernesto Valverde’s preferred 4-3-3.

As tremendously sad as it is to realize the gravity of no Iniesta, performances like the one Coutinho put in against Tottenham back on Oct. 3 soften the blow.

A lot of the focus will be on this change come Sunday, Oct. 28, and the Little Magician looks ready for the occasion. I mean, what did Ivan Rakitic do to deserve all this?