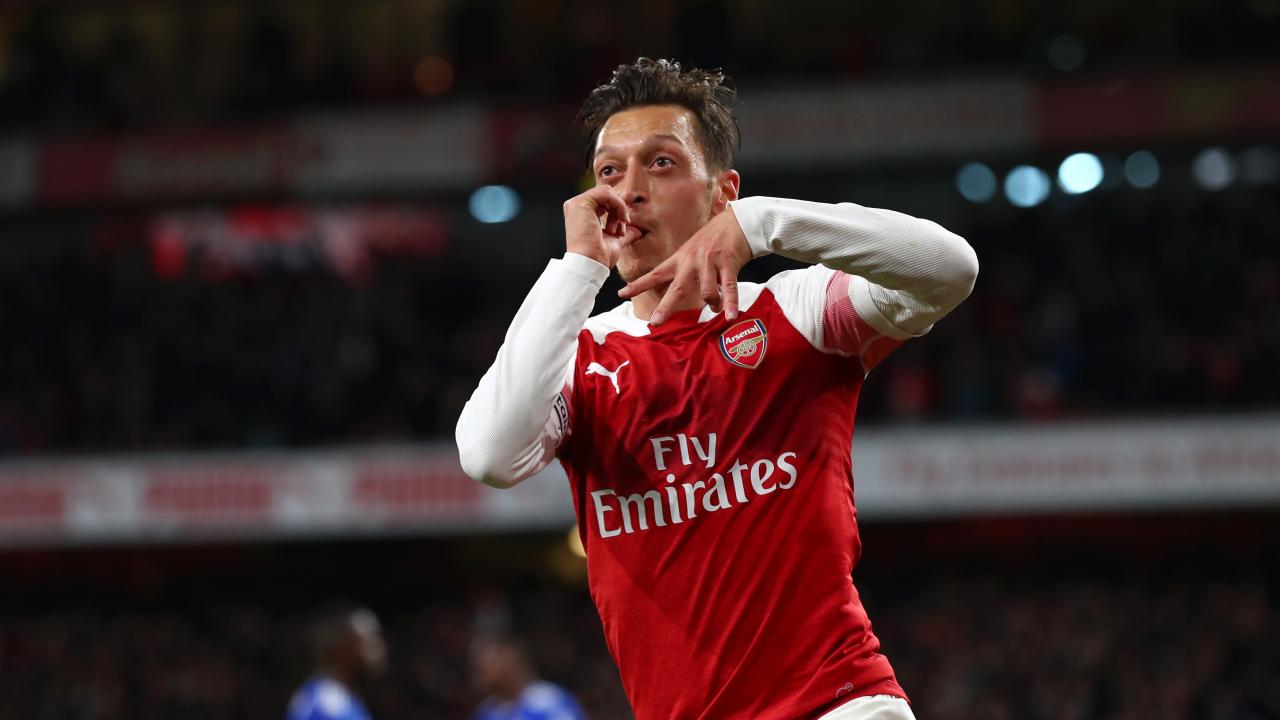 Mesut Ozil Produces 80 Minutes Of Filth, Including A Goal That’ll Butter Your Biscuit

Did you watch the goal above? He does that more often than most, doesn’t he? With his languid, cerebral, hyper technical, pass-first-shoot-later style, Mesut Ozil scores sublime goals that ooze sensibility and ease but register a 10/10 on the difficulty scale.

As a Newcastle fan, I can instantly remember the times he’s done as much to the Premier League’s current cellar dwellers. Last December, he looped an audacious effort into the roof of the net when the danger seemed to be cleared.

And last month, he scored another preposterously classy goal when deftly passing one into the back of the net at the Gallowgate End.

And if today’s opening goal against Leicester wasn’t enough Ozil brilliance for you, how about this “hockey assist” on Pierre-Emerick Aubameyang’s strike (Arsenal's second on the night)?

Instant impact! Aubameyang comes on and scores just a few moments later to give @Arsenal the lead! #ARSLEI pic.twitter.com/erQnoQsdoI

Then what about his play throughout the entire buildup for Aubameyang’s second (although NBC's Twitter account doesn't deem his back heel flick in the buildup worthy of inclusion), including the final ball?

Pierre-Emerick Aubameyang gets another goal and @Arsenal are flying! pic.twitter.com/U9VY80Ypb5