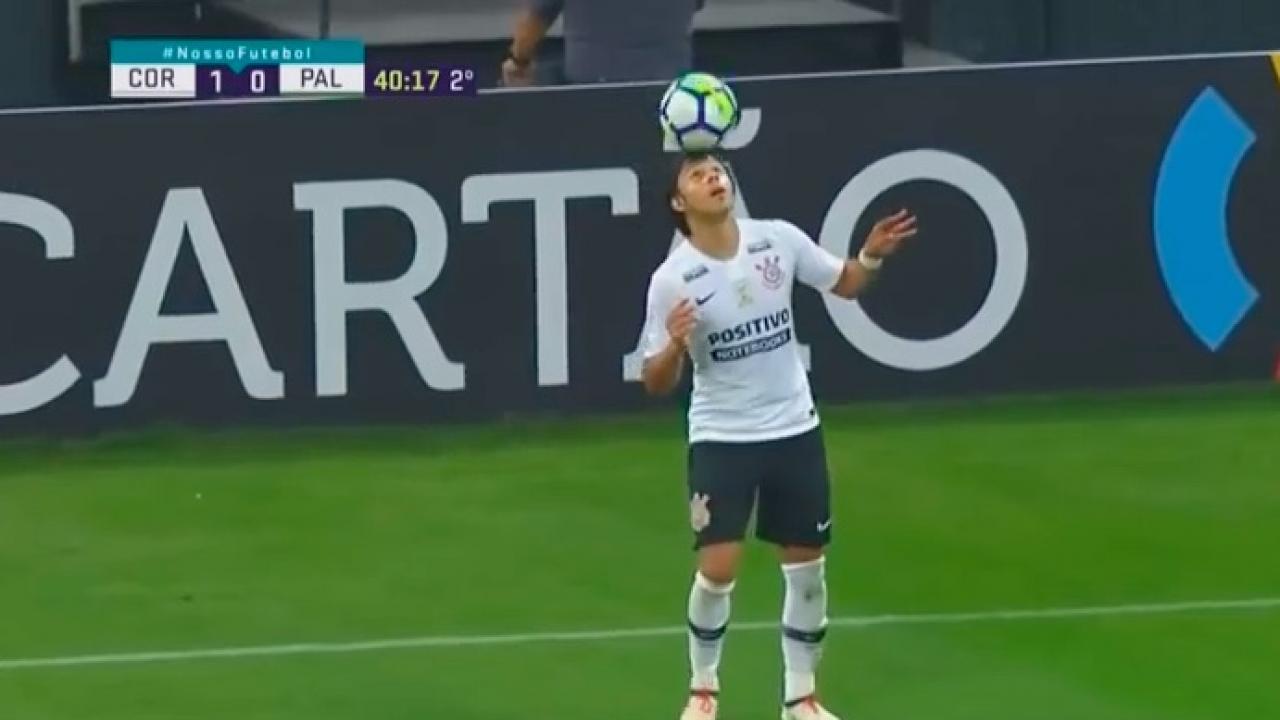 It’s been entirely too long since a footballer pretended to be seal out on the pitch, but thanks to Corinthians’ Angel Romero, a 25-year-old winger from Paraguay, we now have another seal-inspired tekkers video to watch for the next 12 years.

That’s how long it’s been since the original gangster seal footballer Kerlon established himself as one of YouTube’s first viral sensations. Then playing for Cruzeiro and the Brazilian U-17 side, Kerlon was impossibly talented at flicking the ball onto his own head before running at the defense.

Yeah, it’s not a very meaningful skill, but it did amount to some hilarious tactical fouling from the opposition (read: Kerlon got his shit rocked).

Romero seems to have learned from his predecessor, opting to remain stationary while exhibiting the skill rather than getting clattered with a boot to the chest after running at his marker.

It’s either that or he just doesn’t have the cojones Kerlon possessed.

The former Brazilian phenom (he’s now 30) announced his retirement back in October after last appearing for Slovakian side Spartak Trnava.