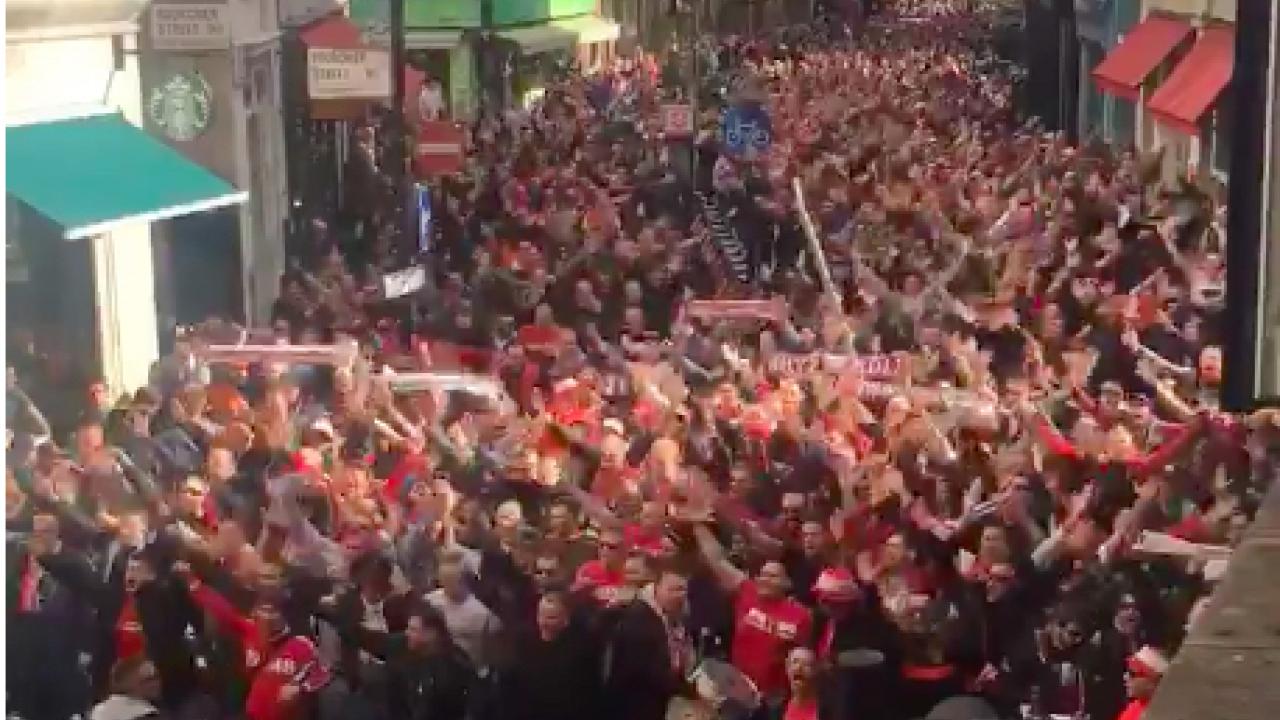 Here’s What 20,000 Rabid Away Supporters In Your City Looks Like

FC Cologne hasn’t won the Bundesliga since 1978. They are currently ranked 122nd in the UEFA club rankings, and they’re the mighty Arsenal’s opponent in the Europa League tonight, something Gooner supporters have been mocked endlessly about by people who started supporting Manchester City or Chelsea in 2010.

Fortunately, we’re not actually damned to an endless loop of Cristiano Ronaldo goal celebrations and the uplifting stories of clubs like City and Paris Saint-Germain defying the odds. In the Europa League we actually get to witness things like sporting romance (ha!), passion (lame!) and history (boo!) as clubs without oligarchs play football the way God intended (poorly).

Don’t believe me? Tell it to the 20,000 FC Cologne supporters who traveled to London to watch their side play in the group stage.