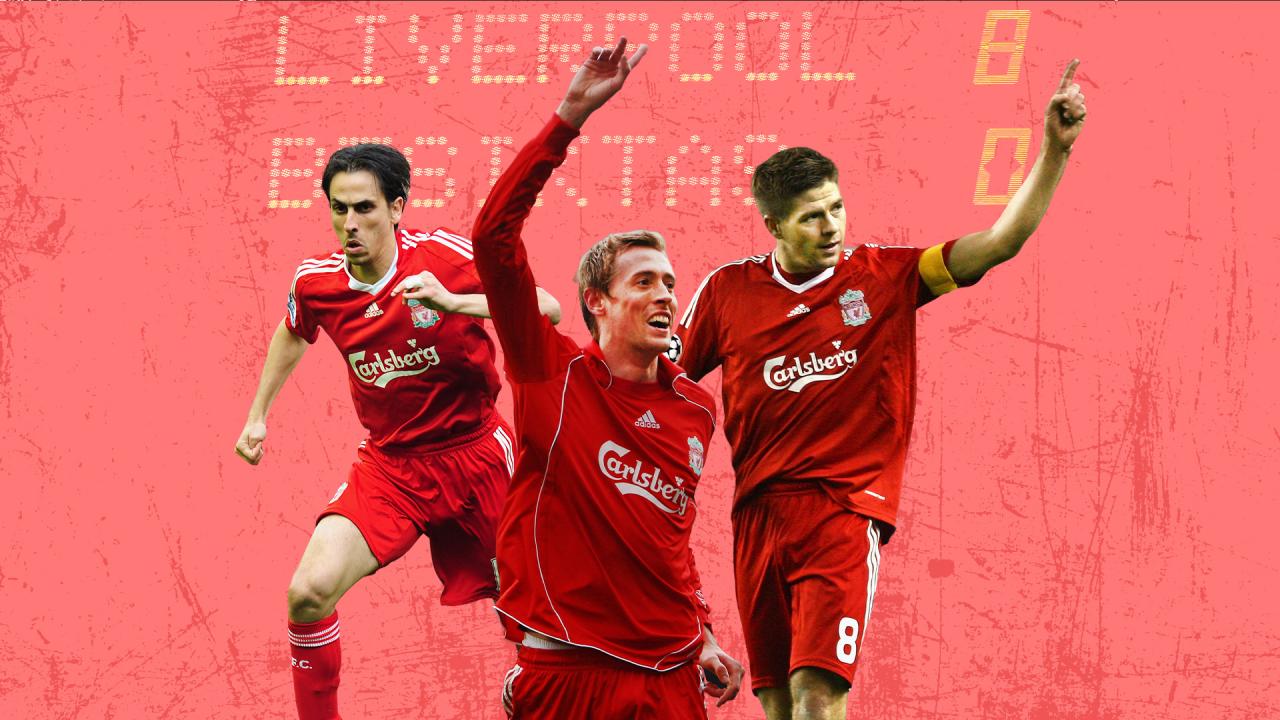 In the current format of the UEFA Champions League, the largest margin of victory after the preliminary rounds is 8-0. This result has been achieved twice, most recently when Real Madrid thrashed Malmö by an eight-goal margin during the 2015 group stage.

However, the most famous 8-0 result was certainly Liverpool’s historic beatdown of Turkish giant Beşiktaş at Anfield back in November of 2007.

This was Match Day 4 in group stage play, and Liverpool entered the game already on the cusp of elimination having only earned a single point from its opening three games. In fact, it had been only two weeks since Beşiktaş had defeated Liverpool 2-1 in Istanbul to put the Reds on the cusp of continental disaster.

After all, this was a Liverpool team that’d advanced to the final of the competition in two of the last three seasons, and the Reds entered this match without the injured duo of Fernando Torres and Xabi Alonso.

Alarm bells were ringing, but it turned out to be another magical night inside Anfield.

With the Kop roaring its side on, Peter Crouch opened the scoring in the 19th minute, but Liverpool would only score one more in the opening 45. The second half, however, was a six-goal slaughter.

By the 56th minute, Yossi Benayoun had a hat-trick. From there Liverpool turned on the style, highlighted by Steven Gerrard’s well-worked goal in the 69th minute and Ryan Babel’s filthy backheel flick in the 79th.

The victory would galvanize Liverpool’s European campaign en route to a semifinal appearance.